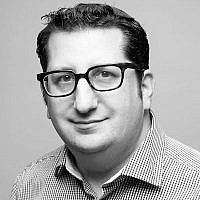 The Blogs
Howie Beigelman
Lobbyist & Public Policy Entrepreneur
Apply for a Blog
Please note that the posts on The Blogs are contributed by third parties. The opinions, facts and any media content in them are presented solely by the authors, and neither The Times of Israel nor its partners assume any responsibility for them. Please contact us in case of abuse. In case of abuse,
Report this post. 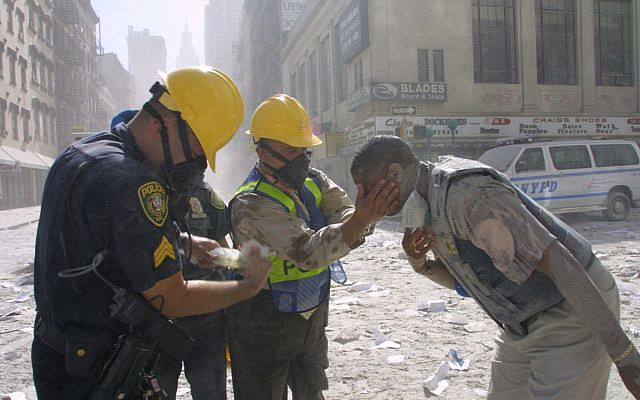 This was the moment that Americans finally saw that two great oceans and the longest unfortified and sparsely defended borders in the world did not actually keep us safe.

Everyone seems to remember exactly where they were that day.

I was at 733 Third Avenue in Manhattan. I had just begun working for Governor George Pataki’s final reelection campaign on either September 5th or 6th. So this was my first Tuesday in the office for what should have been my first full week. But at 8:46 AM, American Airlines Flight 11 crashed into the North Tower of the World Trade Center, upending everything. But we didn’t realize until 17 minutes later, as United Airlines Flight 175 hit the South Tower, that the American homeland was under attack and, with it, we also intuited there would be no return to “like it was before.”

That we are not safe anywhere is perhaps the most enduring lesson of 9/11. For Americans overall, but also for American Jews, who were seemingly the only Jewish community over millennia to not have a base level of fear just below the surface. Over a decade and a half before “Pittsburgh” and “Tree of Life” would become shorthand for all the fears American Jews had of homegrown terror and of lone wolves, we felt the fear Jewish communities had for centuries felt about outside invaders making us their prime target.

If those oceans and our friendly neighbors couldn’t save us, we learned again George Orwell’s lesson that people sleep peaceably in their beds at night only because rough men stand ready to do violence on their behalf. Out of the terror of 9/11, out of the realization that we are targets of too many evil people, was the security infrastructure for our Jewish communities created, with SCN overlaying a network of individual community (usually the local Jewish federation) security directors.

But unfortunately there are other lessons of that day, and the weeks that would follow, that have been lost.

The necessary power of quiet, focused leadership has been completely overshadowed in our social media fueled world of today. I saw it as part of Governor Pataki’s team, but it was something that wouldn’t be fully apparent until future disasters, like Hurricane Katrina, unfortunately showcased a different state government interplay with federal and local officials. In 2001, a rather ambitious young politician with an eye on the Governor’s Office said Pataki was “holding” Giuliani’s coat. As the mayor, it was Rudy Giuliani who was leading press conferences, and who had direct command of most of the first responders on the scene. But behind the scenes, whether because it is constitutionally mandated, legally required, or by force of custom and protocol, the state’s governor — not a local mayor — is making requests of the federal government, calling out the National Guard, invoking mutual aid compacts and requests to other states for assistance, and so much more.

Competence indeed counts, in government as much as anywhere else.

Another lesson that social media has all but erased from our communal recollection is that we were attacked by our enemies that clear September morning because they hated America, American ideals, and American values. New York, and Washington, were targets. But the blow was against America. Their aim was to kill as many Americans as possible.

In the days that followed, Americans recognized that hatred and that aim for what it was. After an attack on all, we came together as one.

I saw that also, though not necessarily firsthand. One of my roles as the campaign’s deputy research director and later in the administration as responsible for both research and strategic initiatives was to have at hand certain information. I’ve since forgotten much of the detail, but I could have told you then how many quilts came from Nebraska, and how many state troopers were from Texas, National Guardsmen from Oregon, or how many firefighters came from Georgia. Of all of those gifts of money and time, and of all the committed volunteers from 49 other states, one still sticks out.

It was a group of prisoners — if memory serves, from Louisiana — who asked their warden if they could donate their allowance for snacks and cigarettes for the week to the survivors and families of the victims.

They understood that the planes that flew into the Twin Towers and the Pentagon, and the one that crashed into a field in Western Pennsylvania, could have been pointed anywhere in this country, and at any one of us. They felt, in their guts, that we’re all in this together.

We forget that lesson especially now.

We can never forget the victims of September 11, 2001. We must always honor the heroes that day. We need to stand watch continually so that it does not happen again.

But we must also act like we did on September 12, and on September 14, when President George W. Bush stood on the pile with a bullhorn in one hand, and on September 20 when Lisa Beamer, the widow of United Flight 93 hero Todd Beamer, received a standing ovation from a joint session of Congress.

It was Benjamin Franklin who famously warned we have “a republic, if we can keep it.” It was also he who said, as he signed our Declaration of Independence, “We must all hang together, or, most assuredly, we shall all hang separately.”

We, as Americans, are truly all in this together. It’s time we rekindle the unity we felt on September 11, 2001.