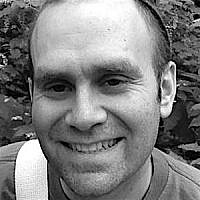 The Blogs
Sidney Bader
Apply for a Blog
Advertisement
Please note that the posts on The Blogs are contributed by third parties. The opinions, facts and any media content in them are presented solely by the authors, and neither The Times of Israel nor its partners assume any responsibility for them. Please contact us in case of abuse. In case of abuse,
Report this post.

As this Hanukah season fades, I wanted to highlight a descendant of the Maccabi family whose actions rank her as one of the greatest leaders of the Jewish people. We have only two queens who ruled over the Jewish people in Eretz Israel. The other was Athalia daughter of Ahazia who almost wiped out the dynasty of David and destroyed the Jewish religion. So, forgive me for putting her down in the negative column. But Shlomzion is Athalia’s polar opposite. Her reign was the one shining bright spot in the entire bloodstained dynasty of the Hasmoneans. Without her leadership there might not be a Mishna or a Talmud, and thanks to her tens of thousands of lives were saved. But we hardly teach her story or honor her accomplishments. Her legacy seems to rest with having a street in Jerusalem’s art district named after her. We should be doing more to honor wise and talented female leaders of the Jewish people, of whom Shlomzion is perhaps the greatest of them all.

Shlomnzion’s legacy starts with her ending a Jewish civil war. The Hasmoneans (the family of Matisyahu) had been torn apart as the descendants fought over the right to become king. Shlomzion was married to the eldest son Aristobulus who upon becoming king imprisoned all of his brothers and even his mother who was starved to death. And he is considered the “good” Maccabi son by comparison. However, Aristobulus then made the time honored mistake of dying from a disease before having any children. The next in line was Alexander Yanai who claimed the right of Yibbum (levirate marriage by which the brother of the deceased marries the widow) with Shlomzion. It is important to mention here that hers was not a marriage of love but of politics. Shlomzion was the sister to Shimon ben Shetach the head of the Jewish Sanhedrin at the time. Her arranged marriage was to unite the leadership of the country with the leadership of the religious authority. That political necessity never went away and so Shlomzion agreed to marry Alexander Yanai who went from prison to the palace. But that is also when the country began to fall apart.

In Jewish History, Alexander Yanai does not come down to us as a good king. Far the opposite, he is seen as a butcher who almost destroyed the very people he ruled. He was also a proponent of the Sadducee doctrines which had broken away from rabbinic Judaism and had taken over control of the temple in Jerusalem. A religious civil war broke out when he desecrated the service of the temple by pouring the water of Shiloah onto his feet in derision rather than pour it on the altar. The Rabbinic Jews in the temple responded by almost killing him in what can only be described as attempted murder by flying etrog. Alexander Yanai’s guards moved to save him and in the process murdered 6,000 people in the temple alone. The war pitted rabbinic Jews following the Sanhedrin v. the king and his Sadducee followers. And Queen Shlomzion would be the one to end it.

The war was brutal, lasted over six years, and 50,000 Jews were killed. During the war Shlomzion took the courageous step to hide the leadership of the Sanhedrin, including her own brother, from her rampaging husband. Amidst the bloodshed Shlomzion then began to negotiate a peace treaty between the two camps. Thanks to her efforts the war ended to the benefit of rabbinic Judaism. Alexander was able to keep control of the government but the Kohen Gadol (High Preiest) and temple service was returned to rabbinic control while the influence of the Sadducees was rooted out. This status quo continued even after Alexander Yanai died. Upon his death Shlomzion took control over the country as Queen and ushered in a reign which is one of the greatest in our history.

Prior to her rule the country’s educational and judicial systems were in the power of the Sadducees. This changed overnight. Her accomplishment in changing the culture of the country cannot be understated. This was a time prior to the publishing of the Mishna when the oral law was preserved in print. Killing the rabbis meant you could have killed the religion. Shlomzion gave authority to the Sanhedrin to insure the religious instruction of the next generation. For his work Shimon ben Shetach is called the “restorer of the law” by the Talmud in Kiddushin. But he never could have done so without the authority and support of the Queen. The students Shlomzion paid to have educated became the great men of the Mishna. Had the Sadducees won and if she had not taken control then we may not have a Mishna or much of an oral law to pass on. We have a Jewish Queen to thank every time we open a Talmud or send our kids to get a Jewish education.

In addition to ruling religiously Shlomzion also ruled fairly. Her time in office was one of economic recovery and political stability. Under her husband the country’s finances were a mess that she inherited. But the Talmud records for us record harvests and increased trade. Politically, she ended the disastrous civil wars at least for awhile and put the country again on a sound footing. More than anything else she proved that a Jewish Queen could effectively rule the Jewish people. So why do we know so little about her? Jewish History has many examples of women who rose to prominence in power, in leadership, or in scholarship but those deeds are mentioned far too infrequently. Teaching her story to Jewish women is not enough. Male students in high school also need to know that Jewish women have greatly contributed to our shared history and have changed our community for the better. This will hopefully affect how our entire community views Jewish women who choose to lead or teach. Hopefully, the stories of Shlomzion and others great women can be the bridge to acceptance and equality that we have everything to benefit from.

About the Author
Any description must start with Sidney's love of history, especially military and Jewish history. His background is a masters in history that focused primarily on Middle Eastern history. To that end, he has spent close to 10 years teaching Jewish History, Zionism, and American/World history at the high school level. Sidney considers himself a Zionist at heart and a supporter of women’s leadership and education both in the U.S. and abroad.
Related Topics
Related Posts
Sidney Bader
Comments