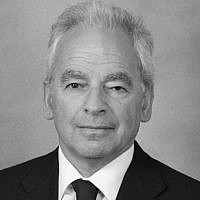 The Blogs
Gregory J. Wallance
Apply for a Blog
Advertisement
Please note that the posts on The Blogs are contributed by third parties. The opinions, facts and any media content in them are presented solely by the authors, and neither The Times of Israel nor its partners assume any responsibility for them. Please contact us in case of abuse. In case of abuse,
Report this post. 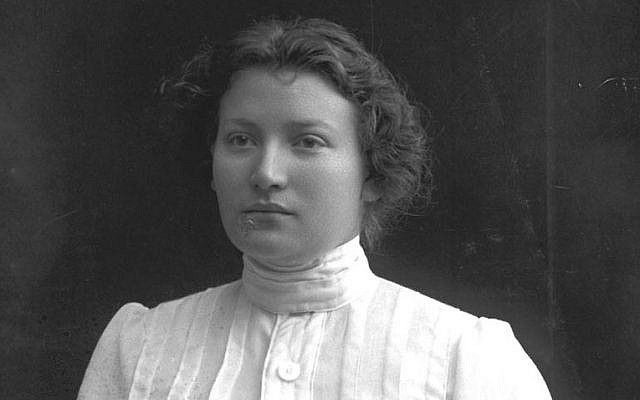 Sara Aaronsohn, one of the founders of the pre-British Mandate Palestine espionage ring Nili. (public domain)

Israel came into existence 70 years ago at the Tel Aviv Museum (now Independence Hall). A photograph captures the squat, white-haired David Ben-Gurion, chairman of the Jewish Agency for Palestine, reading Israel’s Declaration of Independence to 200 Jewish leaders. Ben-Gurion would become Israel’s first prime minister and is regarded as the country’s founding father.

Little remembered is that during World War I, David Ben-Gurion conceived a misguided plan for achieving Zionist aspirations. Had it succeeded there might never have been a Jewish state. Instead, a group of daring young Jews in Palestine, then part of the Ottoman Empire, pursued an entirely different and ultimately successful strategy.

Great Britain and the Ottoman Empire, a German ally, went to war against one another in November 1914, several months after war broke out in Europe. Ben-Gurion believed that Palestinian Jewish interests lay with an Ottoman victory. He offered to raise a Jewish army to fight against Great Britain, betting that the inevitably victorious Ottomans would reward the Jews with more autonomy in Palestine.

To show their appreciation, the Ottoman rulers, long suspicious of Zionists, deported Ben-Gurion. Nonetheless, he campaigned in the United States, ultimately without success, for a Jewish army to fight for the Ottoman Empire, which was then engaged in the Armenian genocide, slaughtering a million or more Armenian men, women and children.

A small group of Palestinian Jews in their 20s, the children of settlers from Eastern Europe and Russia, reached the opposite conclusion. Palestine was the only home these Jews knew or could recall, they viewed the Ottomans with contempt, and they had no interest in acquiring a Jewish homeland acre by acre, like their parents. To them, the safety of the Jewish community and the cause of a Jewish homeland, if not a state, depended on an Ottoman defeat. They formed a spy ring to aid the British. Most of the spies were men, but one was a woman, Sarah Aaronsohn, who had witnessed the atrocities of the Armenian genocide and become convinced that the same fate awaited the Palestinian Jews unless Great Britain won. 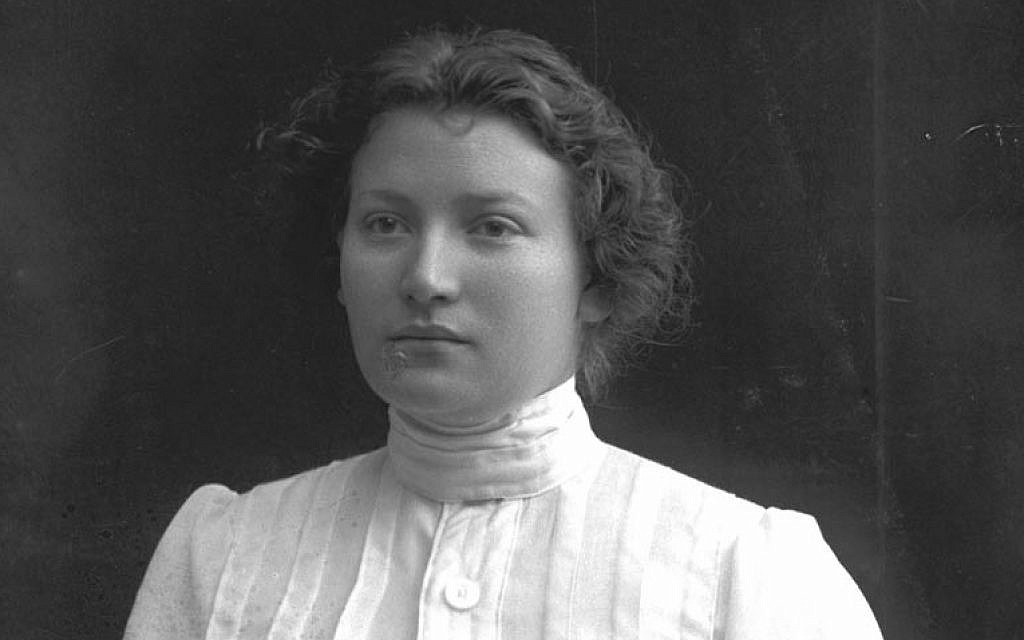 Sara Aaronsohn, one of the founders of the pre-British Mandate Palestine espionage ring Nili. (public domain)

But the would-be British spies had a problem. British intelligence was in Egypt and they were in Palestine, in effect, behind enemy lines in the Ottoman Empire. Six attempts were made to reach the British in Egypt. One spy was killed in the Sinai desert trying to get to the British lines. Finally, Sarah’s brother, Aaron, a world-famous agronomist, reached Egypt and persuaded British intelligence to link up with the Jewish spies in Palestine.

By now, the 27-year-old Sarah was in charge of the spy ring in Palestine, code-named Nili, which the British would come to regard as their most important espionage network in the region. Her two-dozen spies ranged throughout Palestine and as far away as Damascus, talking casually to Ottoman soldiers, observing troop movements, and taking notes on fortifications and munitions. Once a month, a British spy ship made clandestine visits to the Palestinian coast to pick up Nili’s intelligence.

Tragically, Sarah Aaronsohn was caught by the Ottomans in October 1917, and viciously tortured. When she felt that she might break, she managed to get hold of a gun and shoot herself. But by then her intelligence had alerted the British that they were about to lose air superiority to the Ottomans. Advanced British airplanes were rushed to the Middle East just in time to help the British, after two successive losses, defeat the Ottomans at the Third Battle of Gaza in early November 1917. British forces advanced north along the roads to Jerusalem and shortly the British government issued the Balfour Declaration, which promised a homeland in Palestine to the Jews.

On December 11, the British entered Jerusalem and less than a year later the Ottoman Empire fell, which led to the British Mandate in Palestine, the stepping stone to a Jewish state.

What about David Ben-Gurion? In 1918, he returned to Palestine, but with a different allegiance — he now supported the British. Ben-Gurion went on to great achievements and deserves to be honored on Israel’s Independence Day. But the vision and sacrifice of the Nili spies should be remembered as well.

About the Author
Gregory J. Wallance is a lawyer and former federal prosecutor and writer in New York. His most recent book is “The Woman Who Fought An Empire: Sarah Aaronsohn and Her Nili Spy Ring” (Potomac Books/University of Nebraska Press 2018).
Related Topics
Related Posts
Comments