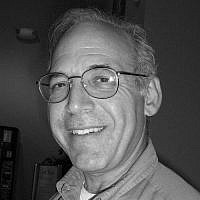 The Blogs
Jack Frank Sigman
Apply for a Blog
Advertisement
Please note that the posts on The Blogs are contributed by third parties. The opinions, facts and any media content in them are presented solely by the authors, and neither The Times of Israel nor its partners assume any responsibility for them. Please contact us in case of abuse. In case of abuse,
Report this post.

I love The Forward. This “progressive” American Jewish gift to antisemites everywhere, especially those who won’t pay for Ha’aretz, is an invaluable source of inspiration. The editors publish so many articles “proving” to Jews that Jews are the worst people an Earth, it is a wonder more Jews are not antisemites. It is well worth the $29.99 I spent for Internet access for the year, just so that I have reams of material on which to write.

The Forward’s latest ground breaking work on ferreting out “bad” Jews focuses on the Canary Mission (1, 2). This group “documents people and groups that promote hatred of the USA, Israel and Jews on North American college campuses. Canary Mission investigates hatred across the entire political spectrum, including the far right, far left and anti-Israel activists.” (1) But to the Forward, these Jews are evil incarnate, a shadowy group that exposes heroic people who champion the human rights of the Palestinian Arabs. Right. 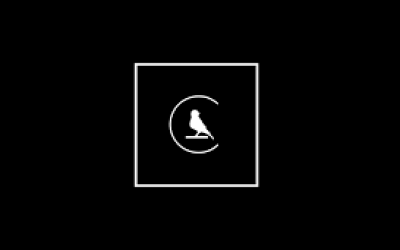 The often condemned as antisemitic group misnamed apparently dedicated to the destruction of Israel as a Jewish state, Jewish Voice for Peace (JVP), pays to have its “definition” of the Canary Mission up top on search engines (4) as it is likely that the minions who make up JVP are scared to death that they will have low paying jobs for the rest of their lives. After all, who hires antisemites except Palestinian Arab NGOs who can only afford minimum wage?

Imagine if a shadowy group was going out into the university communities exposing those students and professor’s campaigning against the South African government’s system of Apartheid, or exposing those students and professors protesting human rights abuses in the Soviet Union. As you can imagine, none of them would be concerned. Every American knew, regardless of their background, that those governments were so morally offensive that being identified as opposed to them was an honor, not a detriment to future employment or an embarrassment for their families. In fact supporting those regimes was a shanda. Especially if you were a Jew.

But “1984” is the rule today and being an supporter of Hamas’ genocidal goals against the only liberal democratic government in the Middle East, wherein the rights of all citizens are protected, is somehow acceptable, even for those who happen to have a Jew for a parent; One who would have been murdered during the Holocaust. One for whom the very idea of a dedicated place of refuge for Jews was a dream. This acceptance is amazing. But liberal democracies, like the US, are inclusive and allow such dissent, however undesirable.

Quentin Tarantino’s fictional hero, the over-the-top Nazi hunter Lt. Aldo Raine, could not stand the thought that the most conscientious Nazi would return home after the war. His solution was to carve a swastika in the forehead of any Nazi captured and left alive.

Of course, carving swastikas in the foreheads of neo-Nazis is illegal. But identifying college students and college professors, including those who are accidental Jews, who support the inherently antisemitic BDS movement, who accuse Israel of being an Apartheid regime, who accuse Israel of committing genocide, who support the goals of Hamas, who are members of the antisemitic organization JVP, who are members of any anti-Israel society or organization, is not illegal. This is not McCarthyism wherein there was an official witch hunt for communists for political gain. This is a group of ordinary private people that merely attend protests and meetings of antisemitic organizations and note the leaders and outspoken supporters. Many other groups do the same at meetings of Holocaust deniers, neo-Nazis, white supremacists, Farrakhan’s Nation of Islam, and other extremist groups that preach hatred, if they can attend the meeting.

Canary Mission monitors antisemitism on American campuses. They do not identify their own founders, supporters, or members. Not because their cause is dishonorable, but because it is likely that antisemitic organizations routinely bar or expel supporters of Israel from their meetings. I attended one such Islamist panel hate-fest at Nova Southeastern University. Recording was forbidden (the organizers claimed copyright infringement) and questions were screened. The antisemitism and anti-Israel sentiment was quite obvious. I saw no reason why the professors on the panel, supporting this hatred, should not have been exposed. This is not a free speech issuer, it is a freedom to promote hatred without repercussion or consequences issue.

Canary Mission is there to let these hate mongers know that there are repercussions and there are consequences to spreading hatred. With the ever increasing pleas by The Forward for charitable donations, perhaps they will pay the price for their role in spreading antisemitic thought when they run out of money.

About the Author
Retired Navy Submariner and author of Israel Committed Genocide! Really? The Accusations and why they are Wrong. MA International Relations. A member of several academic honor societies and Mensa.
Related Topics
Related Posts
Comments