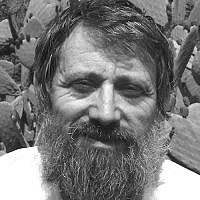 The Blogs
Jeffrey Glausiusz
Apply for a Blog
Please note that the posts on The Blogs are contributed by third parties. The opinions, facts and any media content in them are presented solely by the authors, and neither The Times of Israel nor its partners assume any responsibility for them. Please contact us in case of abuse. In case of abuse,
Report this post. 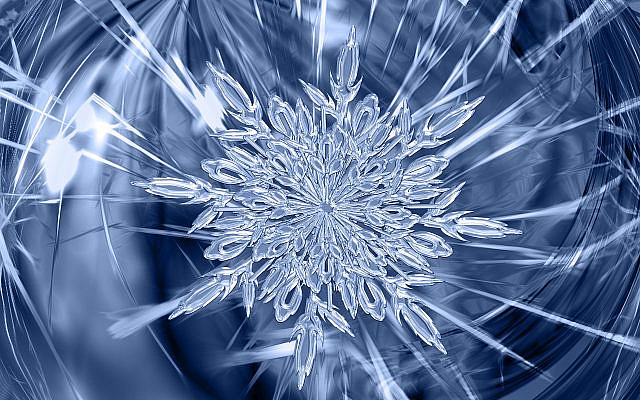 I am not sure who is the teacher and who is the student but I have noticed considerable similarities between the approaches of Donald Trump and Binyamin Netanyahu to dealing with the Coronavirus.

Both started out resolutely imposing border controls. While there have been differences  along the way, both currently  do not seem to have a viable path to eliminating the disease.

Still the problem is not confined to those two. At least in Israel I have not heard anyone articulating a viable alternative approach.  By that I mean an approach which will get rid of the virus relatively quickly ,  at a reasonably low or short term cost and with minimum infringement on civil rights.

To me at least, it is fairly obvious what the solution should be, i.e based on fractals. For the sake of honesty I will add that some of the ideas I elucidate here are based on the writings of Nassim Taleb in his book Antifragile.

Before talking about solutions it is a good idea to understand the root causes of the problems that Coronavirus is causing. Obviously there is the medical side to it all, a new to humanity virus, which has discovered new lands to conquer and fresh pastures to enjoy. However the rapid spread of the virus is very much a product of globalisation and  the increasing complexity of modern society. People and goods moving freely from one side of the globe to another and from one end of the country to another provide a ready made transport solution to bacteria and viruses  and a variety of invasive species.

The classic solution is to to reduce the complexity and interconnectedness  of daily life.  Isolation of one sort or another has a long history as the go to method for dealing with infectious diseases, long before anyone had any inkling that bacteria or viruses existed. For an example one can see how leprosy was dealt with in biblical times.

Still isolation in all its permutations and variations has its costs especially economic. In Israel we started off with a shutdown and fairly large scale isolation. This was successful in substantially reducing the incidence and spread of the coronavirus. However the relaxation , even if only partial of the various measures has led to a rebound in the incidence of co-19. Unfortunately the benefits of the shutdown have largely been erased in the days since the shutdown was shutdown.

The quickest way of getting the current outbreak under control will be to return to a full blown shutdown for a couple of weeks. This will considerably cut down the rate of infection.  More importantly if will allow for an accurate map of current infections. I expect that we will see considerable geographical differences. Those areas with no new e infections could then resume in a graduated manner normal activities. Those areas with active transmissions would be kept in the cold longer.

Local Authorities should be authorised and supported to enable them to control and stop infections within their area. They are likely to be much more effective than central government at doing so. I would include in such decision making ability, giving power  to local authorities to deny entrance or to quarantine those coming from other areas where infections are still growing.  The logic of doing so is identical to logic of restricting entrance or quarantining those that enter Israel from abroad.  Fundamentally we have to reduce the complexity of society at least for a time, and return to simpler patterns of control.

What has all of this got to do with fractals ? The word fractal has been defined for everyday use by French mathematician Benoit Mandelbrot as “a shape made of parts similar to the whole in some way” .  Many things in nature have a fractal structure. Trees are similar to branches and similar to twigs. They are also similar to some degree to the larger forest.

A fractal structure leads to resilience. One can cut a branch off a tree and the tree will likely carry on growing much as before. One can even cut a tree down and in a healthy forest, one will soon replace it. 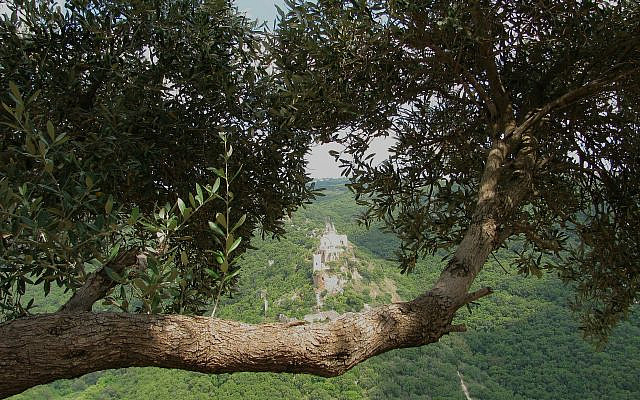 ( Image by David Mark from Pixabay )

In short local governments are likely, given support and incentives, to be more effective at ridding their locality of co-19, than central government currently is. Technically it is also far easier to rid a small area of Co-19 than it is the entire country.

There are other complementary measures that should be taken. With the large number of current cases and the reported effectiveness of tracking via phone records, tracking  should  be restored until Co-19 has been eradicated, not just for a few weeks.  There is a question of civil rights and so on. This is best handled by having civilian oversight over the whole process. One attractive way of doing this would be to involve a random selection of the population in providing oversight. A random selection will be  representative and non political and thus likely to provide confidence in the process.

We have grown up in a world where the answer to many of life’s questions has become rather high tech. In the case of medicine these methods include vaccinations ,  medicines, surgery etc.  These methods, are in many cases successful, although by no mean all  . These methods however frequently take a long time to develop and are simply not available when a new disease turns up.

Our ancestors lived in a World with much less knowledge. They did however have some generic tools for dealing with illnesses, including isolation of those infected , diet etc. In some cases these methods were effective. Isolation in its various manifestations is a generic method for dealing with infection which requires little knowledge of the agent involved.

In Israel we are placing too much faith in the high tech approach. Some things are more reliably treated with low tech  methods. In some cases a combination of low and high tech methods, where available, will be optimal….

A final note on the economic issue. There are costs to getting rid of Co-19. These costs are  currently not evenly distributed among the population. It is essential to provide economic support to those most impacted.  Otherwise those with much to lose , may not cooperate  or lobby against needed measures , which will make ridding the country of Co-19 that much more prolonged and difficult.

A final note on the style of government.  We need  a viable plan to rid the country of Co-19, rather than the current ad-hoc daily or weekly decisions one way or the other … 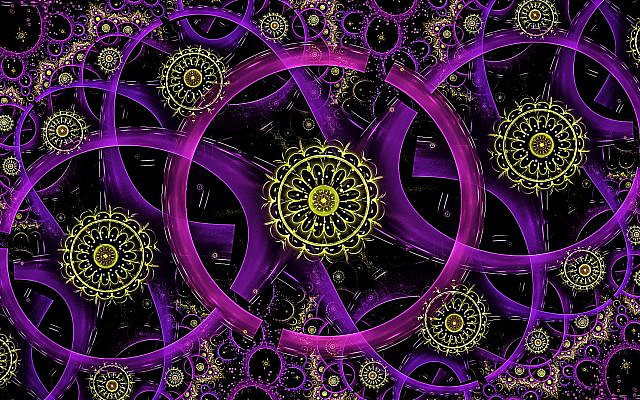 Fractal Neon Rings – Image by Barbara A Lane from Pixabay
About the Author
Originally from England. Degree in Physics. Working as Programmer for about 35 years, the last 15 years as owner of Galim Software & Systems for Industry Ltd. Active in environmental issues the last couple of years especially as connected with climate & energy etc.
Related Topics
Related Posts
Comments