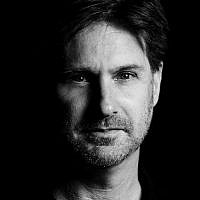 The center of a society is only as strong as the skill with which it weaves together the tensions held by its fringes. We see this everyday in a world ripped nearly to shreds by its extremes. From Sao Paulo to Washington DC, and most worryingly in Jerusalem, the pull of the fringes threatens to tear the very fabric of society apart.

As is often the case, when it comes to fringes, the most intimate practices of Jewish tradition reflect an overriding theme – and both the micro and the macro require attention.

As featured recently in the Times of Israel, as with so much of Jewish life previously restricted to a single gender or interpretation, a generation of leaders and seekers are finding ways to make the commandment to make ritual fringes, or tzitzit, relevant for women as well as gender fluid and queer people.

While some may find such innovation uncomfortable, I see it as a natural progression in the life of the Jewish people. Once we had a Temple in which prayer, sacrifices, and gathering officiated by a priestly class ensured the sacred bonds between the human and divine were unbroken. When the Temple was destroyed, particularly the second time, an already brewing rabbinic revolution reoriented Jewish practice to personal and communal responsibilities for study, prayer, and commandments as the new essence of the Jewish center holding itself together. That spirit of reinvention continues to power us today, from women studying Talmud and serving as halakhic decisors to Jews who serve their communities and their God as superheroes on motorbikes, yoga instructors or warriors for the earth.

Those ritual fringes, engaged in the intimacies of what begins under the clothes that cover our bodies and appear outward as a sign of faith in the covenant, are teaching us to find ways for Judaism both to stay the same and become something new.

Rachel Davidson, a Reconstructionist rabbi and former student of the Conservative Yeshiva at the Fuchsberg Jerusalem Center now working as a chaplain in health care in Ohio, put it this way:

I would love to see a world where tallitot katanot [ritual fringes] that are shaped for non-cis-male bodies are freely available and are affordable. I just think it’s such a beautiful mitzvah. I would love it if more people engaged with it.

More people. More connection. More commandments kept in colorful, thoughtful, meaningful ways. This is a path of Jewish innovation already charting courses of constancy and change in tradition and practice for thousands of years.

But pulling at the thread of the themes the fringes unravels a key societal question as well.

The Jewish community has often been challenged to find balanced ways to maintain a healthy relationship with its margins, whether that’s its radical bohemia that bucks up against the norms, or zealots – from the sicarii who slashed daggers against their fellow Jews during the final days of the Second Temple to Itamar Ben Gvir, who pollutes our mainstream with racism, or Bezalel Smotrich and the twisted political party “Noam” who do the same sickeningly with homophobia. The current Prime Minister dumped all of this refuse of refusal to live in harmony into the well from which all of us must now drink for a while.

Pollution of our sources of sustenance and community is a tragedy, but it is not destiny.

The conundrum of religiously nuanced societies like Israel getting tangled up in extremes was described by German sociologist Max Weber more than a century ago. Weber taught that the covenantal systems like Judaism, Christianity, and Islam function within the tension of two competing energies. On one side of his scale of religion rests charismatic or prophetic sensibilities. The most enduring societies manage to balance the tension inherent between spirit and structure, charisma and covenant, the tension between the fringes. But when those strings are pulled too tight, religious structures entropy and tear and oppression ranging from everyday meaninglessness to authoritarianism and systemic religious violence emerge. Look out the window if you need proof.

Yet Weber also suggested the possibility of religious figures and movements that might emerge to salvage the “soul” trapped in fossilized covenants, in that tight weave of strands of meaning and practice and skill that hold together the whole. “No one knows who will live in this cage in the future,” he said in The Protestant Ethic and the Spirit of Capitalism (1904),

or whether at the end of this tremendous development entirely new prophets will arise, or there will be a great rebirth of old ideas and ideals.

Leaders and seekers who challenge us from the fringes all have something important to say. Nationalism, fear, simmering hatreds and prejudices. Innovation, equal rights for different kinds of people, re-enchanting tradition. These are all part of the intricate, interconnected weave of a people that must seek balance for a community or a nation to thrive.

The fringes tell us that harmony, not strife, is our destiny every morning when we put them on, bind them together, and remember a commandment to bring us closer to the Divine even as we draw the four corners of the world in all of its differences together too.

Our maps, our divisions, our fears, what connects us – if you want to know where it hurts and where we need hope, look to the fringes.