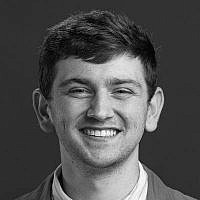 The Blogs
Raphael Levi
Apply for a Blog
Advertisement
Please note that the posts on The Blogs are contributed by third parties. The opinions, facts and any media content in them are presented solely by the authors, and neither The Times of Israel nor its partners assume any responsibility for them. Please contact us in case of abuse. In case of abuse,
Report this post.

“A 2018 national survey of more than 1,000 10-to-19-year-olds… found that young women believed there were many ways to be a girl—they could shine in math, sports, music, leadership… [while] young men described just one narrow route to successful masculinity.* One-third said they felt compelled to suppress their feelings, to “suck it up” or “be a man” when they were sad or scared, and more than 40 percent said that when they were angry, society expected them to be combative.”

That is a quote from the 2020 Atlantic article “The Miseducation of the American Boy”. It reminds me somewhat of my own personal behavior. I recently noticed that when I sit down to watch a movie with friends and we get to an emotional part – and I have a tendency to feel emotional – I notice myself holding my tears back, preventing myself from crying. What I believe I’m actually noticing here is a way in which I take part in a system that makes men repress their emotions.

While this is a minor example of emotional repression, I think it demonstrates the effect of toxic masculinity. It’s really important to think about the way repressing our emotions can move those feelings into more damaging places. When we imagine a reality where men must be desensitized, and yet, one where combative anger is encouraged, then instead of communicating our feelings or expressing them in a healthy way, we could create a cycle of pain, where a person feels pain and projects those feelings onto other parts of their life in an unhealthy way. The cycle ends when we practice the act of noticing, of mindfully seeing our emotional response. Hopefully, this act of noticing can help us live a more balanced emotional life, channel our emotions differently, and create spaces where emotions can be shared more openly.

I would like to argue that what some may call our “Traditional” masculine traits are not really that traditional at all. In fact, our Jewish texts encourage men to cry; to be deeply emotive, sensitive people. Perhaps, by seeing the ways that Jewish texts demonstrate crying as a masculine trait, we can start thinking differently about our own conceptions of masculinity.

Men cry throughout the Torah. Here are a few examples:

Men also cry in the Talmud:

Importantly, there are many Jewish sources that encourage expressing our emotions as part of our spirituality:

But you may be asking yourself – well we can’t cry all the time, right? Of course not! And the rabbis talk about this too! The rabbis encourage a balanced emotional life. We have a story in Masechet Moed Katan which gives us an important model for balancing our emotionality. It says:

“Rabbi Yehuda says – All who excessively grieve over their deceased [meaning, for a close friend or relative], they are crying over the death of another.”

I believe this to mean that when a person grieves too much to the point of fixation, it stops being about the thing you were originally concerned about. The story goes on to describe a person who excessively grieves over the deceased and then soon after had died. I think that part of the goal of this story is to tell us that one should not fixate excessively on their negative emotions. It is about channeling our emotions properly. Not repression, and not rumination either.

It’s essential to think about how our emotionality impacts the way we create spaces as men. Do we create spaces that encourage people to feel and feel safe to feel? Do we make a point to listen to other men when they open up, rather than discouraging or downplaying their emotions? I think that we can move toward a model of masculinity that we have inherited from Jewish sources. I think that our Torah encourages emotionality from men. It is certainly not particularly feminine to cry when we look at the broader history of Gender norms.

I would like to offer a blessing, may we emulate the verse when it says, hazorim bedimah berinah yiktzoru – those who sew in tears will reap in joy, that we can continue to learn how to be open emotionally, that we do sew seeds of tears at the right time. May we have a willingness to share in the creation of masculine spaces that cherish emotionality, hold sensitivity, and treat others in a sensitive fashion, as models of the Avot and chachamim before us.