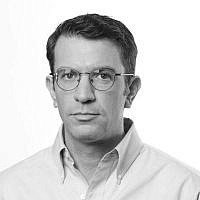 The Blogs
Haim Zicherman
Apply for a Blog
Advertisement
Please note that the posts on The Blogs are contributed by third parties. The opinions, facts and any media content in them are presented solely by the authors, and neither The Times of Israel nor its partners assume any responsibility for them. Please contact us in case of abuse. In case of abuse,
Report this post. 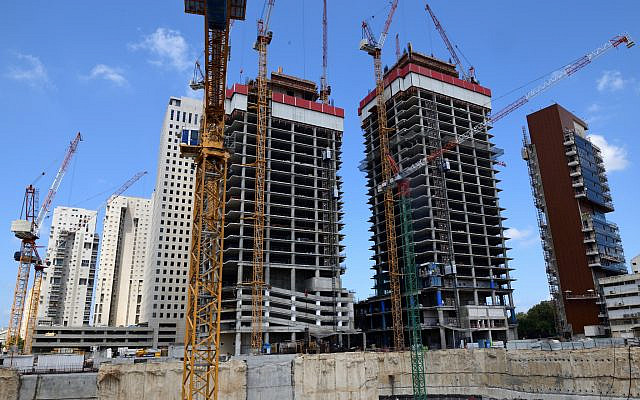 The government’s recently unveiled housing plan does not include many innovations. Although it has announced its intention of marketing 70,000 housing units a year, a number higher than the government average, it is not clear how it plans to achieve this goal, and why this particular government may be expected to succeed where all its predecessors failed.

Among the various issues that appear in the plan, one is conspicuously absent: the war on the high cost of housing. It is unclear whether, and how, the government intends to fight Israel’s impossible housing prices, which are rising day by day. In other words: it would be great if it manages to market 70,000 apartments a year, but who will be able to buy them? The government seems to have come to terms with sharply rising housing prices.

In a country where more than 80 percent of construction starts are on state land, the government has no real interest in lowering land prices, as it is the main beneficiary of the price increases. Indeed, the current government’s agenda does not include lowering housing prices as a national goal.

The government’s plan does include a series of reforms capable of accelerating planning and construction processes. But the main problem with them lies in the lack of dialogue and cooperation with local government. It should be understood: the housing market’s complexity stems from the tremendous number of players involved in the production chain of residential apartments. Dozens of bodies are involved, from the Ministry of Defense to the green organizations, each of which has veto power. But above all stands the local authority. It is the one that issues building permits, it is authorized by law to advance planning processes, and it also has the power to delay and obstruct them. In the absence of cooperation with the local authorities, it will be difficult to implement far-reaching reforms.

It is therefore strange to see plans such as converting offices into residences. Were these measures planned together with local government? Was an orderly effort made to understand what such conversions would entail, such as additional public buildings and community services packages for the new residents? And in general, if there is such a glut of office towers that you want to convert them into residential buildings, then why do these towers continue to rise across the country on every street corner?

If the government wants to convey a message of innovation, it must show how it intends to substantially reduce housing prices. And, by the way, if the “Price for the Occupant” program cooled housing prices somewhat, then why was it shelved? And what alternative to it does this government propose?

If the government wants to succeed with its reforms, it must walk hand in hand with local government and draw up a long-term plan to which all key players are committed.

Finally, if the government aims to take care of young couples, those of the current generation and those of the next generation, it must understand that the doubling of Israel’s population in less than three decades is the greatest civic challenge facing the State of Israel, a challenge unparalleled in the Western world. It must be placed at top of its priorities; it must build an orderly headquarters for the task headed by the prime minister; it must budget many billions and get to work “doubling” the State of Israel. This is 21st century Zionism. Without it, we’re just pricking an elephant with a needle and waiting for it to move.

About the Author
Haim Zicherman is Head of the School of Real Estate at Ono Academic College, and a Senior Fellow at the Jewish People Policy Institute.
Related Topics
Related Posts
Comments