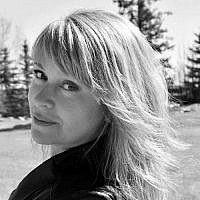 The Blogs
Valerie Sobel
Apply for a Blog
Please note that the posts on The Blogs are contributed by third parties. The opinions, facts and any media content in them are presented solely by the authors, and neither The Times of Israel nor its partners assume any responsibility for them. Please contact us in case of abuse. In case of abuse,
Report this post.

KKK, David Duke, Senator Byrd, slave-ownership, voting against the abolishment of slavery and against MLK’s civil rights movement of the 1960’s — irrefutably well-documented history of the Democratic Party. American liberal Jews vote for and fund this Democratic Party.

In 2008, Democratic Party birthed a two-term President who called for the return to Israel’s indefensible 1967 borders, orchestrated a UN resolution declaring most of Israel illegitimate in Jewish hands, and gifted Islamist terrorist state of Iran $150 Billion for the acceleration and expansion of their nuclear program. A program set up to drive Israel into the sea. Astonishingly, American liberal Jews voted for and funded this Democratic Party.

Since 2018, the Democratic Party has installed a rabidly antisemitic squad of women responsible for an onslaught of tropes, libel and lies against Jews and Israel. Today they call Israel an “apartheid state”, back BDS and call on the Democratic Party to halt all financial aid to the Jewish Nation. American liberal Jews continue to vote for and fund the Squad-owned Democratic Party.

On September 16th, 2020, more than 70% of House Democrats, 160 members, voted against an amendment to combat antisemitism. Remarkably, the American Jewish liberals still voted for and funded this Democratic Party.

From 2016-2020, President Donald Trump went on a spree of deeds for the benefit of Jews around the globe and Israel: from US Embassy’s move to Jerusalem, to legal protection of Jewish students on campuses, to the declaration of The Golan as sovereign to Israel, to stopping the demonization of Jewish existence in ancestral Judea and Shamron, to defunding of Palestinian terrorism and Iran, to historic peace accords between Israel and Muslim states. Democratic Party demonized and tried to remove this President as a “Russian Spy” in one attempted coup after another. American liberal Jewry cheered, voted and funded this Party.

Immediately after his inauguration in 2021, Joe Biden installed an Anti-Israel BDS activist, Maher Bitar, as Senior Director for Intelligence in charge of NSC Intel. Israel’s “political existence as a state is the cause for Palestinian dispossession and statelessness,” Bitar wrote. He preached and lectured how best to delegitimize Israel through Jew-hatred and BDS support. Currently, this antisemite is in a position of intelligence-handling for the Presidential office of United States of America. American liberal Jewry votes for and funds Joe Biden’s antisemitic choices and his Party.

On April 7th, 2021, the Biden administration announced the restoration of the annual $235 Million to the Palestinian Authority, funds used to pay for jihad, martyrdom and other terror against Israel and her civilians. American liberal Jewry votes for and funds this terror-enabling Democrat Party.

BLM. The very offspring and financial beneficiary of hundreds of millions of Democratic Party dollars, designates Israel as an apartheid, proclaims undying solidarity with the Palestinians against the colonialist and oppressive Jew, marches with BDS and is headed up by an incarcerated American terrorist. One of the founders of BLM, Patrisse Khan-Cullors, says the following, “ If you’re born and raised as a white person, then you most definitely are racist, and you have to contend with that.” BLM has been called a “terrorist organization” by the Minneapolis Police chief and others. BLM, always and forever – a proud lifetime member of the Democratic Party. American liberal Jews vote, fund and march along with BLM and their Democratic Party.

In mid May, 2021, Hamas launched unprecedented 4360 missiles into Israel from Gaza, killing and maiming civilians and sending the entire country into bomb shelters for 11 long days. The media, from CNN, to BBC, to New York Times to every social media platform, launched their own war on Israel with an onslaught of Israel-maligning headlines and biased content. Digital and mainstream media, wholly-owned subsidiaries of the Democratic Party by way of funding, voting and ownership, slandered Israel and fueled its antisemitic base to take to the streets with “Death To Jews” slogans. Stunningly, the American Jewish liberals vote and fund this Democratic Party by over 75% majority.

In the same 11 days of Hamas-launched terror and Israel’s reciprocal defense, 17,000 tweets contained the words “Hitler was right”. Not one of these tweets came from a “white supremacist” we were told to dread, but almost all from the younger tech-generation voters of the Democratic Party, courtesy of leftist media and academia indoctrination. Shockingly, American Jewish liberals vote and fund this Party of Hitlerian aspirations.

An 80% spike in antisemitic acts across the United States occurred during the course of the last two weeks. Assaults, beatings, and harassment by Palestinians and their BDS & BLM supporters – Democratic Party voters. American liberal Jewry supports, votes and funds the Democratic party of these racists and haters, and even props up their hashtags of victimhood at riots and protests across America.

House Democrats recently announced a $400 Million aid package to Hamas, under the guise of rebuilding Gaza. American liberal Jews fund this terror aid package of the Democratic Party by every one of their loyal votes.

Last Thursday, 218 Democrats voted down an emergency funding bill for the replenishment of Israel’s defense systems: the Iron Dome, short-range ballistic missile defense and Arrow III defense. According to the Democratic Party, Israel is no longer justified in defending itself against terrorism and wars. Overnight, a time-tested, always-bipartisan record in of the only ally in the Middle East destroyed by the usual suspects, the Democrats. The Democrats American liberal Jews vote for and fund.

Yesterday, over 500 current and former campaign staffers for Joe Biden signed a letter calling on him to “hold Israel accountable” for “human rights violations”, “ethnic cleansing” and being an “apartheid”. Shockingly but predictably, American liberal Jewry funds and votes for this Democratic Party.

Shortly after the barrage of Palestinian terror on Israel last week, US Secretary of State Blinken, a Democrat, met with PA President Abbas and announced plans to reopen Washington’s consulate for “Palestine” in Israel’s Capital City and eternal Jewish home, Jerusalem. Yes, most certainly, American liberal Jews vote for and fund this Democratic Party.

The last two weeks presented a perfectly protected opportunity for every garden variety antisemite to assert and display Jew hatred online and on the street. And they did, in droves! Conspicuously absent from planet-wide hatefest were the “white supremacists” and/or “racist” Trump supporters. Not one American Jewish liberal will admit to the cosmic “white supremacy” fib they’ve been sold anytime soon. Yet they will surely give their increasingly dangerous Democratic party, the real supremacists and racists of colored, white, and black skin hues, another pass for every anti-Israel policy, every tweet, every street punch and every swastika on an Israeli flag. Choosing to continue to believe an egregious lie, rather than to admit failure of their own cognition, is to save face. And save face they must, to hell with their tacit contribution to the demise of their own people.

The sum of the aformentioned antisemitic acts, strategically anti-Israel policies and deeds, and the sheer creativity and willful delusion required to look the other way from their one source – is the very pathology of wokeness. A cancer of blindness, deafness and all real-time awareness.

“Jews for Democratic Party” is as risible as “Queers For Palestine” or chickens for KFC. Yet this is no meme but the unfathomable truth of the most racially-persecuted minority in the world standing delusionally and stubbornly by the Party of Louis Farrakhan and his “Satanic Jews” and “Jews are termites” sermons.

Entirely inexplicable how such a large caucus of American Jewry can be so irreparabily injured by a presidential tweet on media bias, yet be entirely untouched by the “Death to Jews” chants in the violent, politically underwritten Jew-hatred festivals of their own party and tirelessly antisemitic media.

Impossible to digest how their Jewish offsprings, their contaminated social justice warriors, the very grandchildren of Holocaust survivors, are so indoctrinated that they march with BLM and BDS while holding “Free Palestine” signs. And entirely irreconcilable – the supine silence of predominately liberal Jewish Community leaders on the Kristallnacht-style pogroms in LA, London and New York.

How can anyone wrap their head around increasingly more Christians becoming defenders of Israel while more and more liberal Jewish blocs call for the disconnection of Diaspora from Israel? This self-hating suicidal trajectory is gaining more and more traction in their reform temples, among their rabbis, their seminaries and with their Israel-condemning rabbinical students. Inconceivable.

How can we explain this craven desire to throw ourselves onto the sword in the name of wokeness? Who would applaud this desperation for acceptance into a club of liberal ideals that includes vile Jew-hatred? And why in the world would a political party with such a vast antisemitic ledger and clinically Israel-allergic membership be valued at such a premium by Jews themselves?

Simply unimaginable that we are a brood from the same DNA of ancestors and the same slice of Jewish history. A quandary.

In time of Israel’s suffering and social ostracism, many of us are inclined to wear Israeli flags as capes and Magen David’s the size of small dinner plates. Others are busy distancing themselves from everything that connects them to Israel, visually and otherwise. The great Jewish divide – happening at every theatre near you and over the one ideal (sentiment for Israel), that should universally and categorically unify us all.

All told, we can’t, in good conscience, pose these basic questions to ourselves ever again: Why didn’t German Jews flee 1930s Germany? How could the Jewish leadership have invoked the all-too-familiar Tikkun Olam in years leading up to the journey to Auschwitz? How was communism able to subjugate four million Jews into complete secularity, muzzled obedience and deadly oppression for seven long decades?

The answer is singular and universal and is currently on exhibit by the gargantuan American Jewish membership in the Democratic Party.

About the Author
Valerie Sobel is an Economist, writer, philanthropist, and a pianist living in Canada.
Related Topics
Related Posts
Comments