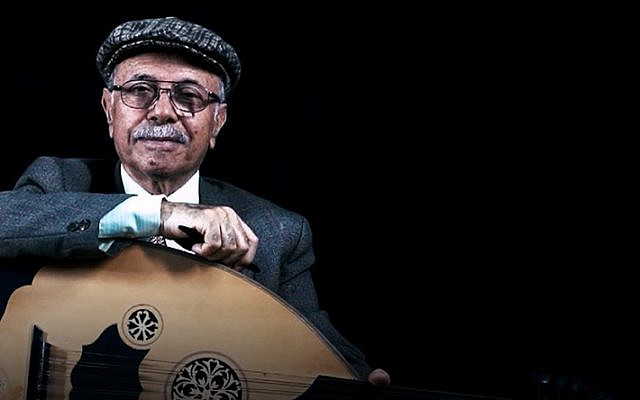 Muhammad Ali Shaker was born in 1946 in Darbasiyah district of the Syrian governorate of Hasakah to two nationalist and patriotic Kurds. His father’s father was a clergyman and a mosque muezzin with a lovely voice. Therefore, he received a rather conservative religious education. As for his father, Aziz, he loved music and played the tanbur and had a great impact on his love for music. Due to his grandfather’s religious background, he mastered Koran recitation and intonation and would recite the Koran with his beautiful voice at religious events and at school.

As a result of the bad economic and living conditions, he started working in agriculture, helping his father during school days off, summer holiday.

Work, however, did not affect his studies as he continued as a superior student until he finished his high school-scientific branch in Darbasiyah. In 1968, his parents moved to live in the city of Ras al-Ayn where he graduated from teachers’ training college (normal School). He then completed his study at the Faculty of Arts Department of English Language at the University of Aleppo. He taught English for 12 years at Ras al-Ayn city.

His musical talents and love for music started from very early years and, as he would say in an interview, he had inherited from his family: his grandfather had a beautiful voice and so did his father. Mr. Shaker used to play the pipe and sing religious songs. When he grew up, however, the pipe did not satiate his love for music to perform musical keys. Therefore, he and his brother Mahmoud Aziz Shaker bought an oud from the pocket money they had saved and began to learn playing the oud without any training until they mastered it.

As for the impact of music on the musician Mohammad Ali Shaker, it can be attributed to two reasons:

Inheritance factors from his father and environs such as wedding parties and traditional songs.

The Kurdish branch of Baghdad Radio Station: in a time when radio was the only means of entertainment. In that respect he said “My brother Mahmoud and I would impatiently wait the Kurdish broadcast to listen to something in Kurdish! In a time when everything related to Kurds was prohibited and banned, including this magic box that broadcasts beautiful Kurdish songs and tunes, the broadcast was scrambled. Yet, we felt excited and proud.”

Through the radio Mohammad Ali Shaker liked Mohammad Aref Jazrawi, the Sorani composer Shamal Saeb, Fuad Ahmad and Jalal Jamal. In addition to his fascination with the Kurdish music and song, he also loved Arabic music and songs of the well-known Arab vocalists such as Oum Kalthoum, Farid al-Atrash, Mohammad Abdulwahab, the Rahabanis and Fairouz.

Mohammad Ali Shaker started writing verse and composing in 1969 after the great Kurdish poet Yousef Barazi (pseudomamma Be Buhar) presented to his brother Mahmoud Aziz a collections of ballads to sing for Baghdad Radio Station such as (Şîn bû Rihan, Gulîzar, Hebs û Zindan, Rabe ji Xwê) which have been considered masterpieces.

In 1969 he wrote his own ballad titled “Zeynebê”. It was followed by a number of other ballads all of which showed his creative talent in writing poetry and composing. He presented songs such as “Gewrê, Zava, Ber Dilêmin Pirr Şêrîne, Şivan pez derxist Çiyyê” all of which were broadcast through Baghdad station and sung by his brother Mahmoud Aziz Shaker from 1969 to 1979.

Many Kurdish singers have sung his songs and compositions such as Mohammad Sheikho, Gulistan, Roni Jan, Hussein Shaker, Mustafa Khaled and Zoya.