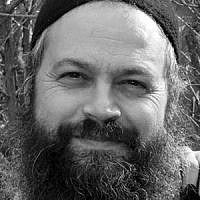 Last week Hamas terror morons misfired their own rockets taking out a power line that left almost one hundred thousand in Gaza without electricity.

Before the Jewish communities in Gush Katif were brutally uprooted -the Israelis who lived there -a blend of religious and secular Jews, and the Arab population- coexisted peacefully for the most part. Over 4000 Gazans were employed in the state of the art greenhouses, that generated over 200 million annually in revenue for the state of Israel. 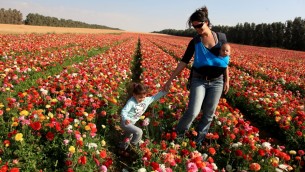 What has Hamas brought to the innocent people of Gaza in the last seven years ?

The sad ironic truth is that the left in Israel that pushed for the expulsion from Gush Katif, paved the way for the misery that population now lives in under Hamas rule.

If I were a rational Palestinian living in Gaza, I’m not sure who I would be more angry at- Hamas or the Israeli left who essentially created this monster.

If I were a Palestinian living in Ramallah, one of those who have still not given in to the fundamentalism, someone who heroically refuses to cave in to the glorification of death “lifestyle” — preferring instead for their child to grow up with the goal of living, I would be watching closely and praying for the Israelis to resist international pressure.

The Israelis in Gush Katif brought light — and progress, moving the Arab population forward. Hamas has “shot down” that light dragging the population backward, leaving them impoverished and miserable. Perhaps this will act as a wake up call for innocent Gazans to rise up against their true enemy. Hamas.

People of Gaza, Jenin and Ramallah. Those in the international community that would prefer to blame Israel for your misery, and overlook the cruelty of the Hamas barbarians that now legally represent you (!) in a Palestinian unity govt. are not your friends — in fact they don’t really care about you.

They care only about one thing. Their hatred for Jews and Israel.In the end your best friend will be Israel. I hope Israel never makes the same mistake of leaving Judea and Samaria- an area roughly twenty times the size of Gaza. For all of our sakes. For the Israeli children, for the Palestinian children as well.

While people love to talk about a two state solution — they are forgetting that the two states would look very different indeed.

One is a state of progress and civilization, the other would be a state of confusion and anarchy. One glorifies knowledge, science, technological advancement, equality for all, and a free and open market place of ideas, the other would cruelly suppress those noble ideals.

Just look at the people leading the war for that state. Backward thinking, fundamentalist, religious fanatics. Thugs who would deny women their basic rights and put homosexuals to death. These are the people that you are supporting? These are your liberal values? Supporting people who are not only uneducated themselves, they also have waged a Jihad against the western, civilized — decent way of life, that has become the norm for most of society.

For those of you who continue to point fingers at Israel, Shame on you for your moral blindness. Shame on you for your hatred and criticism of Israel- the only hope for any kind of stability in the the Middle East. But then again, this is not coming as any surprise, you don’t really care about the Palestinians or their children. If you did you would actually do something to help the victims. Your moral dysfunction places you squarely into the same category as the enemies of the Jewish People- and the Jewish state. The cruel irony lies in how you are a far bigger enemy to the innocent Palestinians, whom you have abused, and thrown to the wolves, time and time again.

You and your soda stream warriors are an absolute joke. You are the reasons that there cannot be peace, and why there will probably never be a Palestinian state.

Aside from the security danger of having rockets raining down on Israel from the equivalent of twenty Gaza s — leaving Judea and Samaria would essentially amount to a death sentence for all the innocent Palestinians who are not interested in prolonging this conflict. All they really want is to raise their children in peace, and provide them with the education needed to create the robust and healthy society that they crave.

For all the weekend humanitarians out there criticizing Israel- we are on to you.

Do you honestly expect us to believe that Hamas cares about the welfare of those starving, poor people? Not one bit Do you really actually believe that the normal, decent society they so deeply crave, is going to be fashioned by barbaric murderers?

What have they actually done for them? Nothing. To the contrary they have shown themselves to be quite eager to impose sharia law, and drag yet another generation back to the dark ages. Not to mention using them horrifically as human shields, exposing them for the spineless, gutless cowards that they are.

Last weekend while the “courageous” critics of Israel penned their sanctimonious, poolside condemnations of the IDF s “war crimes” those same IDF “villains” were unable to respond. Why not? They were busy this Sunday actually being humanitarian, delivering 70 trucks containing food and fuel into Gaza.

Anyone who truly cared about the Palestinians, would be rushing to the Israelis side offering assistance, encouragement and support, instead of slinging more of the same predictable vacuous slogans.

Hamas has taken out far more than the electrical lights last night. They have stripped away the soul of an innocent people. They have extinguished the lights that should be sparkling in the eyes of the poor, abused children whom they claim to protect. They have taken out the light of the entire society they now cynically, and brutally control, systematically dehumanizing every segment of that population.

Please do the right thing and support Israel. A victory now is far greater then just a victory for Israel over its enemies, its a universal victory of light over darkness. Help them turn back on the extinguished lights of Gaza. For their children for your children, for all of our children’s sake.