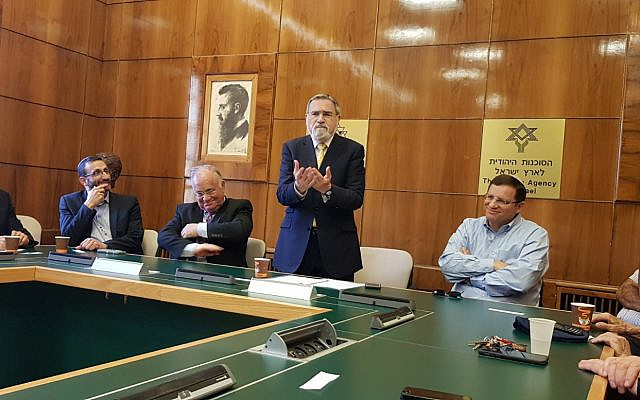 What did Avraham Avinu stand for?

What were the core principles he instituted that formed the authentic blueprint for Judaism and the Jewish people?

Let us examine this question from three different vantage points:

So Avraham Avinu is a blend of all three – the staunch advocate of faith, the proud nationalist, and the ardent humanist devoted to all people created in the image of G-d.

In his own groundbreaking way, he was able to blend the religious, the national and the universal into one complete whole. The founder of the Jewish faith laid the foundations that make Judaism so wholesome, meaningful and life-enhancing.

Unsurprisingly, it is precisely these three elements at the core of Jewish being that Rav Kook writes about when describing the ideological battles raging in the early 1900s in pre-State Palestine.[2] He described the three ideological camps in the Jewish world – the religious, the nationalist and the universalist (perhaps religious parties, right-wing parties and left-wing parties in today’s parlance).

Rav Kook explains how each one represents part of the whole truth of what Judaism is about and that a complete understanding of the Jewish mission must incorporate all three weaved into one seamless whole.

Of course, Jewish life is rooted in our belief in G-d and His Torah. Without belief in G-d and acceptance of the moral and spiritual laws revealed at Sinai, we miss the mark of Jewish destiny. It defines who we are and what G-d wants from us. At the same time, the G-dliness revealed to Avraham very clearly and profoundly includes both a national and a universal bent.

The principle of Am Yisrael, our collective responsibility and destiny, is critical to the Jewish story.

Yes, G-d revealed himself to one man, who became the founder of a singular people given a particular land and a distinct set of laws to fulfill their purpose in this world.

Yes, Jewish particularism and peoplehood is at the heart of Judaism. One cannot separate Judaism from the Jewish people.

Yet at the same time, G-d demanded that Avraham be a source of blessing to all people. Jews are part of the family of nations because G-d wants us to be a source of spiritual blessing and moral light. To love and respect all those created in the image of G-d and be a proactive force in a universal mission for the greater good of all of humanity.

Hence there is no comprehensive definition of Judaism without integrating all three elements into one harmonious whole.

People with a more religious inclination tend to interpret Chanukah as a fight for the primacy of Torah and Mesorah, our Jewish beliefs and traditions. People from a national-religious background tend to agree with that but laud the additional component of the political and military leadership role adopted by the Hasmoneans.[3]

People from the nationalist camp view the Hasmoneans as the military-oriented Maccabees who stood up to defend their people and fight for independence, while liberals read the story as a fight for religious pluralism. The oppressive Hellenist regime was discriminating against the Jews and so they had the right to fight for their freedom.

Whose reading of history is correct? Undoubtedly, all have an element of truth. All capture a part of what the Chanukah legacy is and how the flames of the rekindled Menorah represent the diverse torches of our collective Jewish mission.

Is there anyone in our generation who has embodied these three Abrahamic values more than Rabbi Lord Jonathan Sacks zt”l?

Is there anyone else who has integrated so holistically a deep and unswerving commitment to Jewish faith and Torah while simultaneously being a great lover of the Jewish people (and a great believer in every individual Jew), and a defender of Israel while conveying Torah values in the broadest, most inspiring, universal and engaging way?

Rabbi Sacks had the Avraham-like ability to uplift the hearts and minds of all people, regardless of their religious beliefs and political affiliations.

He was a giant of a man encapsulating – as only he could – the three-pronged essence of Judaism – spiritual, national and universal.

[3] The Ramban (Bereishit 49:10) highlights the great controversy of the Hasmoneans (who were Kohanim) taking up political and military positions outside their designated spiritual roles. As a result, while they were pious and righteous and saved the Jewish people from assimilation, many of them died in battle and their dynasty was short-lived.

This article appears in the Chanukah edition of HaMizrachi, dedicated to the life, teachings and legacy of Rabbi Sacks zt”l, published by World Mizrachi in Jerusalem and distributed around the world.