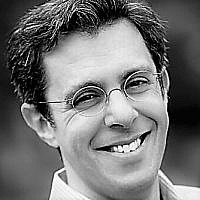 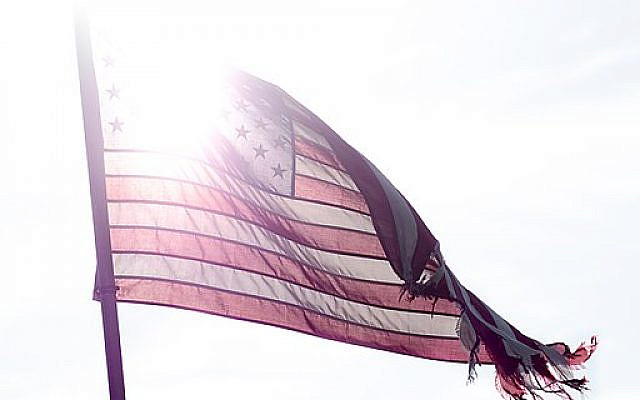 As a teenager, I was involved in a lot of leadership activities, particularly through the Boy Scouts and student government. As a result, I was kind of a leadership geek. I would read books on leadership and go to training seminars for young leaders.

One day my father noticed there was a mega leadership seminar happening at an arena in downtown Detroit and asked if I wanted to go. I saw that the speakers included some big names—I think Mary Lou Retton was there and General Norman Schwarzkopf and some others. I said sure. We got tickets and on the appointed day my Dad drove us to Cobo Hall.

I loved it. I remember I took lots of notes, which have since been lost. But the line I remember most was from General Schwarzkopf who quoted his own commander, General Colin Powell. The two had won the Persian Gulf War for the United States a few years earlier. In reflecting on leadership, Schwarzkopf quoted Powell, who himself paraphrased the British historian Lord Acton. Acton, of course, is the one who told us that “power corrupts and absolute power corrupts absolutely.” Powell had a slightly different version. “Power corrupts,” he agreed, “and absolute power is pretty neat.”

Powell was joking, of course. But in recent weeks and months—let’s be honest, for the better part of the last decade at this point—we have all been invited and challenged to reflect deeply on power, democracy, authority, violence, and law: the many processes and institutions we think of as the infrastructure of American civic life. From the White House to the Congress to the Supreme Court, we are—daily, even hourly, it seems—being challenged more than at any time than many of us can remember.

As a student of leadership and of American government, I find all this fascinating. As a citizen and a media consumer, I find it exhausting. As a husband, father, and employer, I find it destabilizing and worrying. As a rabbi and spiritual leader, though, I find it, frankly, not all that surprising.

Why? Because one of the fundamental questions of the Torah is this: How do we live together? How do we, every one of us created b’tzelem Elohim, in the Divine image, create and maintain communities where we can be safe and free? What do we do when some of us want one thing and some of us want another? How do we sort out our differences peacefully? How do we ensure fairness in the administration of justice? Are there times when the injustice is so profound that peace isn’t the answer and, instead, we should take up arms?

These aren’t new questions. They’re radically old ones. In the Torah, they are most pointedly asked in the stories we’re reading right now—the stories at the heart of the Book of Numbers, and especially the story of Korach.

The Rabbis of the Talmud understood Korach to be not only the paradigm of a bad argument, but the match that sparked an uprising, an insurrection—we might even call it a civil war—that took the lives of nearly 15,000 people.

What made Korach so bad? After all, his arguments are pretty reasonable: Everyone is holy, of course. Perhaps there could have been a different leadership structure. As the Talmud points out, Hillel and Shammai had plenty of disagreements, but that didn’t lead to this kind of widespread violence. So what was it about Korach that was such a problem?

Bartenura’s explanation points us to something I’ve been thinking about a lot in recent years: Before we even get to an argument or a debate or an election, we first have to make sure we agree on what we’re trying to do and what rules we’re playing by. In the Talmud’s imagination, Hillel and Shammai had the same goal: to find out the truth. And when they didn’t get their way (which most often happened to Shammai) they accepted the outcome. But Korach was different, at least in the mind of the midrash. He wasn’t trying to arrive at the truth, and he wasn’t prepared to accept an outcome he didn’t like. His objective was simply to seize and maintain power.

The problem of Korach, therefore, wasn’t ultimately a legal or political problem. It was a spiritual problem, a problem of the heart. Because accepting the truth even when we don’t like it—that’s the essence of what it takes to live together. It’s the basic building block of being a member of a family, a marriage, a sports team, a neighborhood, a community, or a country.

In fact, it’s the basic building block of being human—because even if I lived on a desert island, I couldn’t possibly always get what I want. And so, like a toddler who doesn’t get the candy he wants, I’d have to develop ways to cope with that feeling—to manage my anxiety and frustration and anger and not let them overtake me. As a toddler, that might be sucking my thumb. As a grownup, that might involve breathing and being aware of the emotions arising within me, and then mindfully choosing to behave in a wiser way.

In the early 19th century, the French commentator Alexis de Tocqueville wrote that American democracy required certain “habits of the heart” among its citizens. A century later, in 1944, the great American jurist Learned Hand spoke to a rally in Central Park in which he said these words: “I often wonder whether we do not rest our hopes too much upon constitutions, upon laws and upon courts. These are false hopes; believe me, these are false hopes. Liberty lies in the hearts of men and women; when it dies there, no constitution, no law, no court can even do much to help it. While it lies there it needs no constitution, no law, no court to save it.”

Judge Hand is saying the same thing as the Mishnah: Before we even get to the question of rules and laws, we first have to do the hard work, the heart work, of making sure we know why we’re here and preparing ourselves for the sacrifices we may need to make. If we don’t do that, nothing else that follows will really matter.

Judge Hand ended his speech with a beautiful meditation on liberty—a meditation which, to my ear anyway, sounds an awful lot like the virtues the Talmud ascribes to Beit Hillel. Here’s what he said:

This weekend we mark the 246th anniversary of the Declaration of Independence. As we do so, we are living through the greatest tests of our democratic institutions in our lifetimes. Those tests aren’t only tests of laws or judges or politicians. They are, ultimately, tests of our own hearts. May we support one another to do the hard work, the heart work, of democratic life. May we pass this test. May our future be that of Hillel and Shammai, and not that of Korach and his followers.

This post was originally delivered as a sermon at Skokie Valley Agudath Jacob Synagogue on July 2, 2022.

About the Author
Rabbi Josh Feigelson, PhD is President & CEO of the Institute for Jewish Spirituality.
Related Topics
Related Posts