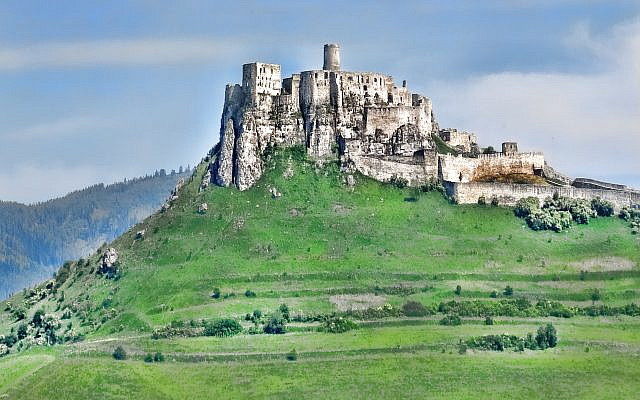 Someone observed: “There is no high ground in the nuclear age.” No hilltop, crenelated wall, moat, or ocean can protect you from devastation.

On September 11, 2001, roughly ten thousand gallons of aviation fuel brought down both World Trade Center towers. If those black and red fireballs from the colliding planes had instead been a blinding nuclear flash, lower Manhattan would have disappeared. Please note that each of the primitive atomic bombs which decimated Hiroshima and Nagasaki had the explosive force of approximately twenty thousand tons of TNT … and today’s weapons are many times more powerful.

Iran is on a pathway to military nuclear capability. This malign regime has lied, deceived, bullied and bluffed their way to this dangerous threshold, and the most powerful countries in the world are about to renegotiate the fatally flawed Joint Comprehensive Plan of Action (JCPOA). Over the past four years ample evidence from the International Atomic Energy Agency (IAEA) and UN inspectors of Iranian cheating has come to light, and Israeli spies hauled away a ton of evidence revealing their decades long nuclear weapons program. Even now, Iran’s bluster, rocket testing and terrorist support continues despite being hobbled with international sanctions, a rebellious population, a diminished economy and an emerging Sunni-Israel strategic alliance.

In a game of international “chicken,” President Joe Biden must avoid multiple temptations:

-He must not, in a pique of non-Trump polemics, reject the sanctions or renew the JCPOA.

-He should not fulfill a naïve Obama 3.0 attempt for détente with the likes of Iran

-He must not bargain for some Russian-Chinese favors.

The long-term ramifications of a nuclear armed Iran on the world order will be chaos, and Iran’s chants of death to America and Israel will no longer be the unfounded ravings of hegemonically obsessed dictators. A nuclear Iran can source terrorists to attack our homeland. In 2002, Daniel Patrick Moynihan, one time a Senator and UN Ambassador, said, “The terrorist attacks on the United States last September were not nuclear, but they will be.”

A popular maxim is that elections have consequences. Yes, issues like border security, immigration, taxation, and climate can reflect the realities of presidential mandate and legislative process. But with regard to Iran, the good work done by the Trump Administration in the Middle East should be the precursor to finally eliminating a global menace. Sanctions levied on Iran were penalties for abrogating their JCPOA commitments and malevolent behaviors, and they should not be withdrawn without enforceable, irrevocable elimination of their nuclear capability.

America has overwhelming military power and unmatched economic leverage. We must negotiate from a position of supreme strength, and to project when necessary the will to enforce and to punish. America’s ally, Israel, is also prepared to defend herself against a potential Holocaust. In 1938, Neville Chamberlain’s “Peace for our time” negotiation, when facing a dominating German war machine, has been become synonymous with gutless appeasement.  Iran is not in the same military league as America and Israel. For us to fall prey to their strident threats is to forget the ignominy of Mr. Chamberlain’s capitulation and cowardice.

“Existential threat” has become a hackneyed phrase…it is often evoked in the context of pandemics and our planet’s fragility.  Regarding the immediate existential threat of a nuclear armed Iran, all leaders and influencers must overcome their political biases and lobby the Biden Administration to be tough, realistic and uncompromising. Anyone who defaults claiming to be apolitical is guilty of dereliction of duty. Now is the time to speak up.