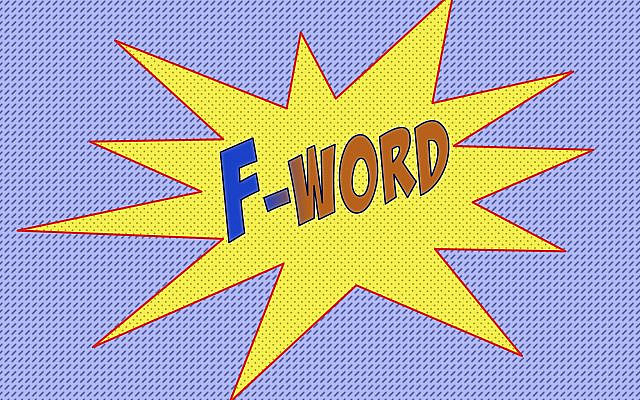 We all have heard the F-word expletive. In printed form, it is masked with a concatenation of “F” and two or three special characters…. like F@#K. On real-time media, its unexpected use is “…dropping an F-Bomb.” For some comics, it’s a major part of their routine. In polite society, it isn’t used.

But today, the more provocative, inflammatory four-letter F-word is FAIR. You grew up saying it, “Oh Mom, Tommy gets to stay out late, but I can’t. That’s not …FAIR.” As parents, we have faced this accusation of bias and justice not served.

One of the underlying principles of our democracy and the Constitution is pursuit of fair treatment. Our pluralistic, egalitarian society has advanced by extending fairness, and, while the journey is not complete, our progress is unassailable.  Yet today, if you press for what is FAIR, as in a fair analysis or fair treatment, it often would be seen as mutiny against your party or dissonance in your echo chamber. Political correctness police would remind you that doctrinaire adherence supersedes reason, logic and facts. You are expected to set aside fairness, justice and facts, and simply default to the ends justifying the means.

In America, in the past years, we have seen the continued drift of advocacy overtaking fairness. We have seen the replacement of journalism with propaganda. On the political playing fields, hypocrisy, double-standards, condescension and cynicism have sunk to new lows and undermine any possibility of “fair” discussion. Tortured logic and selective reasoning have been employed to make your case.

–Kavanaugh’s crucifixion played out on TV, but the accusations against Joe Biden regarding his groping Tara Reade warranted twisty logic from the #metoo gang.

–Moderators on the Presidential election debate stage showed major league pitching prowess tossing slow softballs to Joe and tricky knuckleballs to Donald. Trump continued to blast about fake news, but that didn’t deflect him from his own foolish fabrications.

–In Georgia’s Senatorial runoff election, the facts about Raphael Warnock’s arrest for interfering with a child abuse case, condoning Marxism and antisemitism are wholly ignored by the Left. On the Right, the Covid-triggered stock trades of Loeffler and Perdue is an under-reporting embarrassment. What are headlines for one network is crickets for the others.

Scott Fitzgerald observed, “The test of a first-rate intelligence is the ability to hold two opposed ideas in mind at the same time and still retain the ability to function.” He sought a humility that valued open minded reasoning, and he would have been sorely disappointed in today’s blatant disregard for what is “fair.”

–It’s only a pretzeled logic that can reconcile the Left’s obsession with “women’s reproductive rights” and their historic objection to capital punishment. Somehow, it’s OK to execute, without due process, a healthy fetus in even its seventh, eighth or ninth month. Mommy is the judge, jury and executioner.

–On the Right, the environment is a source of convoluted reasoning, and you don’t need to travel to the polar ice caps. NIMBY, not in my back yard, is another wonderful category of self-serving logic. Sure, you complain bitterly to the town council about some inconvenient local roadwork, but you openly support the Keystone Pipeline that shoves 700,000 gallons of sticky, hot oil per day across mid America.

Unrestrained big-tech e-media with unprecedented communications horsepower is weaponized to promote political agendas. With reach and frequency, AI algorithms and the hectoring social influencers target, expunge, ignore and promulgate messages. They leverage Nazi Joseph Goebbels’s statement, “If you tell a lie big enough and keep repeating it, people will eventually come to believe it.”

Are governments more inclined to mischief when they know citizens blindly follow passion over respect for fair play?

“Moral equivalency” is now an excuse for anything goes, and “woke” storytelling revises history to suit a particular narrative. In the age of pixel manipulation, even your lying eyes can’t be trusted as what is “real” and what is “fair” is subverted by political consideration.

In our court system, with due process, there should be fair review of the case, respect for evidence and a judge and jury of peers to decide a fair outcome. It is our last firewall, but this too is threatened at the highest level if Supreme Court packing beyond nine justices occurs.

People have defaulted to a “dogs versus cats” comic book stereotyping. Each political specie has a knee jerk and hostile reaction to the other. Now, barks and meows about political parties or candidates is a menace to all. The most that politically polarized families and friends can hope for is a strained truce. These enlightened participants realize that relationships are more important, and that the political scene is no longer fit for conversation. In spite of a natural desire to communicate about the world around you, or to reason together, some subjects are just too dangerous. Reasoning together and respecting fairness take them outside their comfort zone.

We should pray that our country be blessed with a renewed generosity of spirit…one that grants us all the kindness to think more fairly, to be more civil, to mindfully consider all the possibilities and to have the self-control to listen and think before condemning.