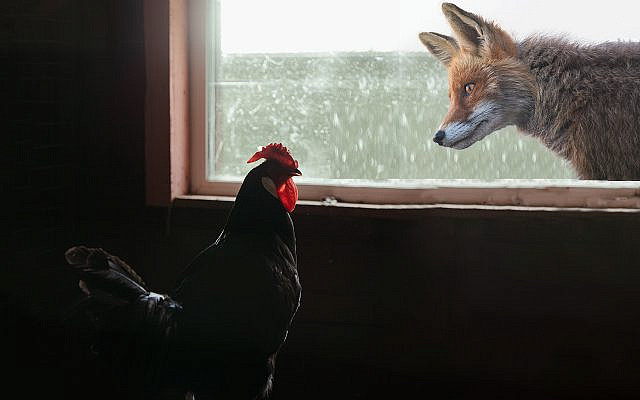 American Jewish organizations should avoid the hyper-partisanship sweeping our country and instead articulate clear-eyed, balanced, objective assessment of our government’s performance. They should applaud sensible actions while also voicing criticism of troublesome decisions. They should judiciously avoid political bias knowing that their opinions telegraph to American leadership important perspectives about domestic and international policies affecting Jews, Israel and the nation at large.

Recently Kristen Clarke, the Biden Administration nominee to lead the Justice Department’s Civil Rights Division, has received support from multiple Jewish organizations including the ADL, JCPA, JCRC and National Council of Jewish Women. Her association with anti-Semites and her positions on police defunding and racism are well documented.

OK, maybe the actions of these organizations were motivated by moral high ground’s benefit of the doubt. But, for sure, we now know they have a voice. “Reverend Martin Luther King left us with the wisdom that: “There comes a time when silence is betrayal,” and so, let’s consider in the face of other troubling developments the “deafening silence” of these same Jewish organizations.

-Where is their outrage over reports of John Kerry’s treacherously cozy relationship with Iran’s Foreign Minister Zarif and his disclosure of Israel’s actions in Syria? This is just the most recent exhibition of Kerry’s enmity for the State of Israel. When Trump was president, he advised Iran to wait for a more accommodating executive. Even if you supported Kerry’s giveaway negotiation of the 2015 JCPOA deal, his duplicitous ways warrant condemnation. Nothing but crickets.

-Where is their outcry over John O. Brennan, a recent essayist for The New York Times and Obama-era CIA Chief? He, in a tweet to promote the Op-Ed, concocted a confounding rhetorical accusation pondering why Jews with their “scarred” history aren’t more “empathetic champions” of the Palestinians. On multiple levels this offensive narrative deserved derision, but Batya Ungar-Sargon of Newsweek got it best referring to O’Brien, “There’s a word for holding Jews to a higher standard than everyone else: It’s called antisemitism.” More crickets.

-Which organizations expressed angst over anti-Israel selections President Biden made for his Administration? The latest affront is the appointment of extremist Sarah Margon as his Assistant Secretary of State for Democracy, Human Rights, and Labor. Her profile, steeped in anti-Israel comments, BDS and apartheid accusation, is summed up by Daniel Greenberg of JNS, “Margon’s hatred and hostility for the Jewish state were relentless.” She joins likeminded pals in the administration like Maher Bitar, Matt Duss and Reema Dodin. Where is the alarm…we’re listening?

-One candidate to replace Elan Carr as the new U.S. Special Envoy to Combat Antisemitism is Nancy Kaufman, past leader of the National Council of Jewish Women. Kaufman has a track record of defending Linda Sarsour and of working on the Women’s March whose co-founder had ties to Louis Farrakhan. In an interview with The Forward, Kaufman revealed that she finds the IHRA (International Holocaust Remembrance Alliance) definition an “interesting tool,” but opposes codifying it into law. Isn’t Kaufman’s elevation into this position as silly as Dianne Lob, a past Chair of HIAS, chosen to lead the Conference of Presidents of Major Jewish Organizations?

-The JCPA (Jewish Council for Public Affairs), the self-proclaimed “national hub of the community relations network,” recently adopted four new resolutions including positions on genocide against the Uyghur people, climate change, and the Abraham Accords at their April 25-26 National Conference. They also chose to approve language on “expanding voter access” while not broaden the proposition to support voting integrity. Doesn’t this half-a-loaf proclamation just parrot the Democratic Party strategy? Can a progressive position on the 51st state and open borders be far behind?

-It is reported that the Boston JCRC following pressure from left-wing groups narrowly defeated a move to expel Zionist Organization of America (ZOA) which was founded back in 1897. Does the “big tent” vision for this JCRC look more like a “pup tent” that won’t endure in a stormy night? Is it time for the Jewish Federation system to mandate bipartisanship in spite of the numerous Democrat donors?

When government leaders recognize opportunistic hypocrisy, credibility is devalued, and judgment becomes suspect. President Trump’s tenure certainly roused passions, but now with President Biden in office new challenges have to be addressed. We should celebrate Biden for opposing BDS, opposing attaching conditions to aid to Israel, endorsing the IHRA definition of antisemitism, approving the sale of F-35s to UAE, and endorsed the strategic importance of Abraham Accords. But he also owns all the aforementioned staffing selections, his re-entering the Iran nuclear deal and negotiations with the Palestinians.  Let’s hope just a little objectivity is exercised and respect for broader truth draws the Jewish organization leaders more towards the “center” and away from partisan views.

The idiom “the fox in the hen house” goes back to the late 16th century. It warns against characters with bad intentions being in charge. Some Jewish organizations’ behaviors are thinly veiled plays to their Democratic base, and they choose politics ahead of policy. In the long term, they will regret it.