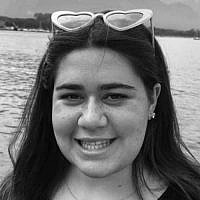 The Blogs
Millie Walker
Apply for a Blog
Advertisement
Please note that the posts on The Blogs are contributed by third parties. The opinions, facts and any media content in them are presented solely by the authors, and neither The Times of Israel nor its partners assume any responsibility for them. Please contact us in case of abuse. In case of abuse,
Report this post. 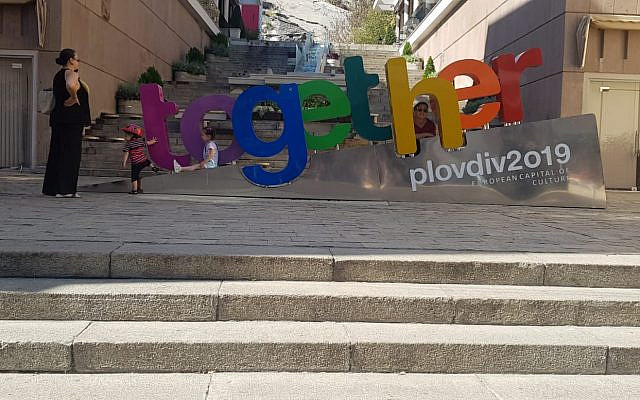 Plovdiv – the second largest city in Bulgaria and yet relatively unknown internationally. I hadn’t heard of it until a recent visit, but to my surprise Plovdiv has a rich history dating all the way back to the Neolithic period, with remains practically on the streets of the city. An even bigger surprise was the amount of interesting Jewish history in this obscure city… What I discovered there was a story that was totally new to me – one that inspired me like nothing else I had heard before.

The Jewish presence in Plovdiv dates back to the 3rd century AD, wherein the only known ancient synagogue in Bulgaria was built. The Jewish community thrived throughout the centuries, allowing them to build a relationship with their non-Jewish neighbours. Even today the Jews in Plovdiv have a good rapport with the other religious communities. They have astoundingly been able to maintain their bond throughout Ottoman rule, Nazi occupation, and Communist control by the Soviet Union.

Not much is known about what happened to the Jews in Bulgaria during the Holocaust. It is generally assumed that, as in most other Eastern European countries, the Jews were persecuted and sent to the concentration camps. However, the story of the continual survival of the Jews in Bulgaria is a marvellous one that dates back to the times of the Ottomans.

After an uprising in Srednogorie in 1876, the Ottomans tightened their grip on Bulgarian cities and persecuted anyone they viewed as a potential threat. They threatened these individuals with being sent to work camps, where they would surely die. While this was happening, the president of the Jewish community in Plovdiv who was also the first banker in the city, Eliezer Kalev, received a large donation to build a new synagogue. Instead of doing this, however, Kalev spent the money on a plot of land outside the city bounds and informed the authorities that he needed people to work the land – specifically, those who were to be sent off to work camps. This provided a sanctuary from the Ottomans and saved these men. The street where the synagogue is located is even named after Kalev.

This kindness was later repaid when the grandchildren of these men saved the Jews in Plovdiv from the Nazis during World War Two. When the Nazis issued an edict declaring that all Jews had to either be sent to concentration camps or killed, the locals in Plovdiv stepped in and prevented the Nazis from taking the Jewish community. In gratitude, the Jewish community in Plovdiv built a statue to thank the city for saving them during the Holocaust. 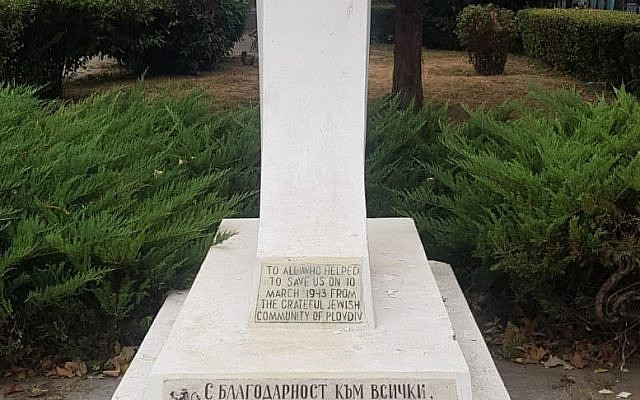 Statue from the Jewish community thanking the people of Plovdiv for saving them in the Holocaust.

The story goes beyond Plovdiv, however, as the High Priest of Bulgaria also refused to allow any harm to come to the Jewish citizens of Bulgaria. He even arranged for Jewish children to be sent by train to other countries to escape the Nazis in the Balkans. When told by the Nazi authorities that he had to take the children off the trains, the High Priest said that he would lay on the tracks in order to prevent these Jewish children from coming to harm. The Bulgarian King Boris III,  likewise stepped in to end the persecution and murder of the Jews and redacted the edict by the Nazis ordering Bulgarian Jews to be killed. In total, the efforts of the wider society in Bulgaria saved around 50,000 Jews during the Holocaust.

After the war many Bulgarian Jews emigrated to Israel, leaving behind a smaller Jewish community in the city of Plovdiv, which remains quite active today. Plovdiv is known both as the centre of tolerance (the city’s slogan is ‘Together’ and there is a big sign affirming this) as well as a centre of Zionism, since the local Jewish community has always been very Zionistic.

Zionism in Bulgaria started developing alongside Bulgarian nationalism. In 1944 David Ben Gurion flew to Sofia (the capital city of Bulgaria) to lobby the new Soviet government for Jewish emigration to Israel, allowing 7,000 Jews to emigrate to Israel from Bulgaria between 1944 and 1948. The scope of Zionism in Bulgaria increases as it is learnt how many Bulgarians fought in the Haganah (the IDF’s predecessor) to protect Israel’s legacy.

When looking at British politics as a model, it would be easy to assume that a city where Zionism is prevalent would also suffer a lot of antisemitism. However, the tradition of the different religious communities supporting each other has continued throughout history. There are many interfaith events held in Plovdiv, with Jews celebrating Iftar during Ramadan with the Muslim community, as well as Muslims and Christians marking the end of Yom Kippur with the Jewish community. The synagogue in Plovdiv is even creating an exhibition to solidify the city’s incredible history of tolerance and togetherness.

It is far too common that we see antisemitism masked as anti-Zionism, particularly in the UK’s Labour Party under Jeremy Corbyn, who has claimed in his plight for Palestinian rights that Hamas and Hezbollah are his friends, despite their illicit aim to wipe out the Jewish population from the face of the earth. Considering the divisions that were made during the election, I believe that Britain should take note of the religious communities in Plovdiv, where instead of opposing one another they come together and discuss their differences and similarities and try to live in a state of peace instead of aggravating tensions with one another.

About the Author
CAMERA Fellow for the University of Leeds.
Related Topics
Related Posts
Comments