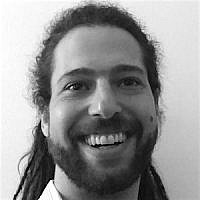 The Blogs
Daniel Arnon
Apply for a Blog
Advertisement
Please note that the posts on The Blogs are contributed by third parties. The opinions, facts and any media content in them are presented solely by the authors, and neither The Times of Israel nor its partners assume any responsibility for them. Please contact us in case of abuse. In case of abuse,
Report this post.

The darker corners of the internet have always thrived on perpetuating hate, racism, and bigotry justified by endless intellectualized conspiracy theories.  But in recent history these side-alleys have solidified their connections into the information-highways by seizing the national platforms given to them by political parties. Beginning in the outer rims of Europe – in Hungary and Greece into its heartlands in the UK and Germany, and increasingly here in the U.S. as well, finding outlets in the Republican party. A particular strand of this hateful outlook seems increasingly familiar to those who have studied Jewish history, and this is no coincidence.  The “never again” that the entire world had sworn to after the Holocaust is grindingly coming to its last whimper, as the outskirts of these hyper-nationalist ideologies no longer hide in the shadows and increasingly justify their anti-Semitic ideologies in “intellectual” terms. With the nearing of Yom Kippur, I hope we take the time to not only reflect on this phenomena, but come to terms with the actions this new reality necessitates.

In America, the increasing popularity of the formerly headless Alt-Right movement inevitably led a savvy political entrepreneur to capitalize on their success, trying to formulate what exactly the Alt-Right stands for. Milo Yiannopoulos, the brash and openly gay 31-year old was the man of the hour.  He launched a “Dangerous Faggot” college tour, in which he would capitalize on college students’ rightful protestation for his deplorable word-vomit, by self-idolizing his crass nonchalance about actual policies in favor of “burning everything down.” But in response to the many attacks against the Alt-Right as being anti-Semites and white supremacists, even Yiannopoulos, a self-avowed half Jew, eventually drew the line. “They’re wrong” he clearly retorted in a post on the Alt-Right’s platform – Breitbart.com, by tracking the intellectual origins of a movement he adored and grew up in. He described it as a loose alignment of intellectual renegades, radical conservatives and a young rebellious contingent who, similar to the Beatniks and hippies, like to shock their parents. He makes a point to defend Holocaust jokes as being “almost entirely satirical” and explaining that the movement has no real problem with “race-mixiing, homosexuality, or even diverse societies: it’s just fun to watch the mayhem and outrage that erupts.”  Though this defense seems to concede the point that hatred is threaded throughout the movement, he at least acquiesced to the necessity of calling it not anti-Semetic. The problem was that those same “intellectual” originators couldn’t stand to bare the very line he was attempting to draw. Anti-Semitism needed to be defended too.

Deriding Yiannopoulos for his betrayal of the “true” intellectual origins of the movement he was attempting to lead, Andrew Joyce penned an article in the Occidental Observer, a publication deemed by the Anti-Defamation League as a primary voice for anti-Semitism. In it he lays out arguments for the “legitimacy” of the Alt-Right’s “genuine concern about the question of Jewish influence.” The article claims that the mainstreaming of the Alt-Right, in its current form, is obviously a ploy by Jews to co-opt the movement as they had done so many times before in history. Whenever nationalism tended to pop up in Europe, the article claims, there would inevitably be a Jew who would infiltrate the movement and “redirect it from its roots in volkisch philosophy.” But not only through political co-optation would the devious Jews “re-direct” hatred towards them. In yet another example he explains that when “race science” was rising to prominence in medical fields between 1880 and 1920, somehow Jews would race into the discipline, en masse, to “assert Jewish equality and moral superiority.”

The article then continues to explain how Jews have successfully used their conniving tactics to derail the legitimacy of anti-Semitism, in case co-optation is unsuccessful. Those include defense leagues who use “the pretense of making the world a better place for all people”, or presenting anti-Semitic movement as “foreign imports.” The author acknowledges that these may seem like disparate and divergent tactics, but “it is important to recall that Jews are ‘flexible strategizers’” and that “unsuccessful strategies are likely to be replaced in a trial-and-error process, [in order to] change the wider society to conform to Jewish group interests.” As deplorable as this rhetoric is, the authors are in fact conceding that Jewish power is rooted in a democratic process of convincing hearts and minds.  The deceitful Jews are successful precisely because they cloak their interests in such abominable acts as caring for other people, calling out racism and learning from their mistakes.

But this stereotyping of Jews no longer halts at the fringes. Whether it is ideologically justified, or pliantly relegated as sarcastic jokes by rebellious youth, the rhetoric itself perpetuates the caricature of Jews. The same terminology, endowed with 21st technological capabilities, has morphed into racist memes and internet trolling which belittle historic Jewish persecution. The Holocaust, which was once considered sacrosanct, has been trivialized to such an extent that Donald Trump Jr recently commented haphazardly about the media’s “persecution” of Republicans as “warming up the gas chamber.”

A recent article on the Trump Senior’s life-long relations with Jews, described the former New-York tycoon as having an “affirmative prejudice.” Trump intentionally surrounded himself, as his biographer accounts, “with shrewd accountants and lawyers.” While he evidently used the typecast in a positive manner, and at times even described himself implicitly as a member of the tribe, it was the power that was stereotypically associated with Jews that he was trying to attract.

The myth of Jewish power has been used by both admirers and adversaries for centuries. I recall traveling through remote villages in West China and when I would mention my Israeli origins, I would be told that I must be so smart and rich. A friend recollected that in West Africa there are nomadic trading tribes who are lauded as one of the lost Jewish tribes for their economic prowess. But the anti-Semites are using the exact same myth in their arguments. The Jews’ so-called natural ability to manipulate is part and parcel of the prowess that Trump sought to associate himself with. It doesn’t matter what the intent is, peddling this caricature historically ends up in the same place for Jews.

For those of you embroiled in the conversation about Israeli politics, you may have encountered endless conversations about what constitutes anti-Semitism in the public sphere. While the discussion of whether BDS and forms of anti-Zionism are anti-Semitic should be conducted, these accusations are at least supplanted within a conversation about the Israeli-Palestinian conflict. It fits within a somewhat genuine conversation about the many human rights violations, and is driven by actual events and actions by Jews and Muslims in that region. The anti-Semitism here is rooted in a completely different sphere. One that intellectually justifies itself in terms of “white identity and white interests.”

This is fundamentally different.

So what do we do? Surprisingly what we can do, is use the exact tools Jews have heretofore been “accused” of using for millennia.  Fight for hearts and minds. Call out the bigots and racists. Organize. And yes, accumulate power. But most importantly, use that power to ensure that never again shall anyone, anyone, have to endure what Jews have.

About the Author
Over his life Daniel has lived in Raanana, Tel Aviv, Kibbutz Almog, Asheville NC, London UK, and currently in Atlanta GA, but Israel is the only place he calls home. He has worked as a youth counselor, wilderness therapy instructor, assistant spokesperson, Sunday School and Hebrew teacher, museum director, search and rescue volunteer and is now getting his PhD in quantitative political science.
Related Topics
Related Posts
Comments