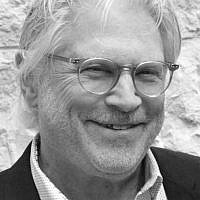 My mother and I were discussing the Holocaust, as we often do. She survived Auschwitz and frequently talks about her experiences and the lessons she learned from them.

“Did you know that white nationalists are moving into the political mainstream?” I asked.

“Let me tell you a story about what to do when the extremists take power,” my mother continued.

“When I was in Auschwitz-Birkenau, a man gave me a pot of soup. At first, I was suspicious because nobody shared in the camps,” she said. “But then I realized I could share the soup with other inmates in the barrack, so I accepted the soup.”

“This is a lesson I want you to learn,” my mother told me. “At a time of distress, pay attention to the needs of others and to your common fate.”

Learning that our fates are intertwined with the destinies of others is a vital lesson on this International Holocaust Remembrance Day, which marks the liberation of Auschwitz 78 years ago.

78 years after the liberation of Auschwitz, bigotry and hate are on the rise in the United States.

Jewish Americans are increasingly anxious about growing antisemitism. Racism against other minorities persists in nearly every aspect of American life, from the labor market to the distribution of wealth, from education to medical care, and from homeownership to the criminal justice system. Anti-LGBTQ legislation is on the increase, and a woman’s right to choose is under attack.

It is no accident that antisemitism and other types of racism are on the rise at the same time. Antisemitism is the canary in the coal mine of bigotry and hate. “The antisemitic assertion of a global Jewish conspiracy is a central tenet of White Nationalism,” as civil rights activist Eric Ward explained to me. “Blacks and all People of Color are merely puppets of the Jews. There is no legitimate conversation about equity and hate in the White Nationalist view because it is all part of a Jewish conspiracy to replace White people and eradicate White civilization.”

There are about 100 White Nationalist groups in the United States, among over 700 hate groups tracked by the Southern Poverty Law Center. White Nationalists are responsible for the murders of Jews, people of color, and LGBTQ people, in Charlottesville, Pittsburgh, Buffalo, Orlando, and numerous other places that do not make the headlines.

The growth of White Nationalism in our country is exponential: from social media to traditional media, from school boards to law enforcement to the United States Congress.

Today’s White Nationalists descend from last century’s Nazis, and our Jewish experience of White Nationalism today is haunted by this history. We instinctively identify with our own story. “It is like Hungary when the Germans arrived,” my mother said at the sight of swastikas and Nazi slogans paraded by insurgents at the January 6th attack on the U.S. Capitol.

“The legacy of recent trauma,” the political psychologist Aaron Back told me, “makes it harder to see the pain of others. It diminishes our sense of shared humanity, makes fear the driving force, and simplifies the world into an us versus them mentality.”

A case in point is the endorsements by the American Israel Public Affairs Committee (AIPAC) of Congressional candidates who denied the legitimacy of Joe Biden’s election as President. AIPAC characterized dozens of these far-right candidates as “friends.” Many of the endorsed candidates were supporters of QAnon and advocates of the great replacement theory, but AIPAC defended the decision of its political action committees to fund them. “This is no moment for the pro-Israel movement to become selective about its friends,” it wrote its members.

AIPAC actions foster polarization and an us vs them mentality. They sow internal divisions in the Jewish American community and drive a wedge between Jewish Americans and other minorities with whom we have common cause in confronting White Nationalism.

This dynamic was evident in a Pittsburgh Congressional race pitting a progressive Democrat, Summer Lee, and Republican, Mike Doyle, whose positions on issues like abortion and gun control run counter to the views of most Jewish Americans. “They (AIPAC) want to paint young Black women as extreme because we have a vision for a safer future for all of us,” Lee said during the race.

The divisions engendered by us vs. them thinking are further exploited by those who seek to weaken interethnic and inter-religious coalitions in which Jews play an important role. Critics of Israeli policies are accused of harming Israel and promoting antisemitism. This is a favored tactic of Republicans, who hope to damage Democrats in battleground states like Pennsylvania, Georgia, and Ohio, where the Jewish American vote is a factor.

My mother is saddened but not surprised by the increasing polarization. “It is post-traumatic stress syndrome,” she told me. “The only way to move past trauma is by correcting it with new experiences.”

Last October, after White Nationalists unfurled a banner supporting Ye’s antisemitic rants over a Los Angeles freeway, my mother had this sort of corrective experience.  Seeing that she was shaken by the images of neo-Nazis just a few miles away, I told her about the outcry against Ye from Americans across the political spectrum.

One statement of solidarity came from Congresswoman Ilhan Omar. My mother remembered that Omar was once accused of antisemitism for saying that support for Israel is “all about the Benjamins,” referring to the image of Benjamin Franklin on $100 bills. My mother knew that Omar had apologized, but still wondered whether she was sincere. So, I read her the message.

“This is sickening antisemitism.” Omar tweeted. “This toxic hate is a direct threat to our Jewish neighbors and families. We all have a responsibility to call out and condemn such blatant hate. We need to open our hearts, learn from past harms and lead with love.”

My mother listened carefully. I could see how she was moved by the message of solidarity with Jews coming from a Muslim-American politician. “It is difficult for me to change, but your generation must learn to trust,” she said. “In America, you can build relationships with people who are different, even people we are afraid of. This is something you can and must do. We all need to see our common destiny to survive.”

About the Author
Jonathan Jacoby, the former executive director of New Israel Fund and president of Israel Policy Forum, directs the Nexus Task Force, which is affiliated with the Center for the Study of Hate at Bard College.
Related Topics
Related Posts
Jonathan Jacoby