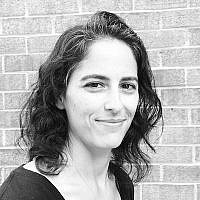 The Blogs
Irene Brand
Apply for a Blog
Advertisement
Please note that the posts on The Blogs are contributed by third parties. The opinions, facts and any media content in them are presented solely by the authors, and neither The Times of Israel nor its partners assume any responsibility for them. Please contact us in case of abuse. In case of abuse,
Report this post. 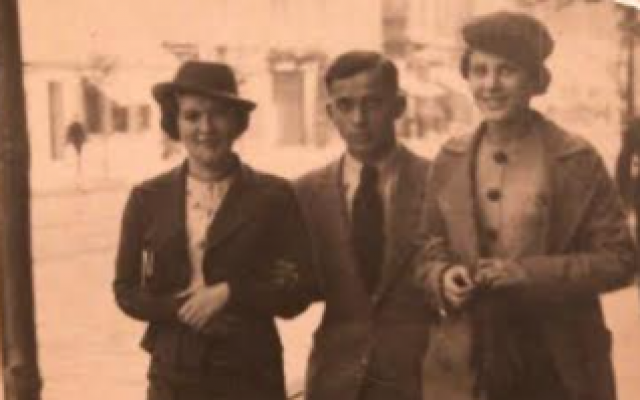 My grandfather, Felix, was a complicated man. Unlike the heroes of our childhood stories, he was not a white knight with impeccable morals. He was a troubled hero that had his demons. He was, at times, angry and difficult, however, he was also brave, open minded, and generous. I have realised that heroes are not the people you expect them to be. “Nice” people aren’t necessarily good people, and difficult times have a way of revealing this.

During the Holocaust, my grandfather (or Saba, as we called him) lived in Poland. He was able to obtain fake papers for his family and himself. He risked his safety by not wearing the yellow armband that identified him as a Jew. He travelled throughout Poland, using his business acumen to support his family and other Jewish families. While he lost most of his family, there were some that owed their lives to him.

During this time, he often came face to face with danger. He was imprisoned and at one point shot in the arm as he escaped the authorities. Before the concentration camps were completely shut off, the trains would run through them. My grandfather would sneak onto these trains from outside the camps and jump off as they passed through. He did this so that he could help those that were stuck inside, by bringing money and supplies.

I attended a private Jewish school and was very familiar with what had occurred during the Holocaust. However, I don’t think I really understood what my grandfather went through until I read his memoir. To me, he was the grandfather that would take us out to brunch, yet, I knew that he wasn’t your typical grandfather. He was always traveling, was a ladies man (he married six times), and very active. His doctor advised him against taking up in line skating in his eighties, but that was who he was.

Felix ended his memoir by saying, “Now I am happily retired, visiting my children and beautiful grandchildren in the summer where I reside in Toronto. In the winter, I enjoy warm weather in Hollywood, Florida – walking, exercising and dancing a lot. My health is pretty good and I am still doing crazy sports activities at my age (which I am keeping a secret!), like tennis, swimming, skating (on rollerblades!) and skiing. My friends say that I will live to be one hundred years of age, and I hope so, as in many ways I have been very lucky in life and would like it to continue!”

My grandfather did make it to “one hundred years of age.” On a cold Toronto winter day in December of 2016, my brother and I were visiting my parents. Since my grandfather lived just around the corner, my brother thought it would be nice to visit with him as well. I wasn’t going to go, as I had my son with me, but my mother offered to watch him. We visited with Saba, and eventually said our goodbyes. I remember him sitting at the kitchen counter facing the window and eating his lunch. I gave him a kiss on the cheek as I put my hand on his shoulder. He felt so small and frail. Two days later, my father called to let me know that Saba had died. I was sad, but I was so thankful that I had a chance to see him one last time.

I am not as strong as my grandfather, but I look to his strength as inspiration. In recent times, I have seen governments overstep their boundaries and use fear to take people’s rights away. The work I do tasks me with enforcing rule and law, but what if I am given orders that I believe to be wrong? I have had to think long and hard about what I am willing to do. My grandfather’s strength gives me the courage to stand by what I believe is right. I feel the obligation to honor his sacrifices, even if this means that there is a price to be paid.

About the Author
I have an ecletctic background; I have worked as a brewer, winemaker, and police officer. Born and raised in Toronto, I never had to deal with the hardship that my grandfather did. I have always wanted people to hear his story, and I've written an article that I would love to share. The times we live in, while not comparable to the holocaust, have been trying on many of us. I feel that people like my grandfather can serve as inspiration for what is possible in difficult times.
Related Topics
Related Posts
Comments