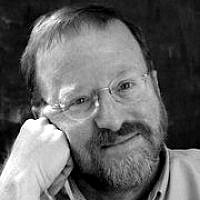 For all the time and drama and words and prayers this month — it really is not so complicated.

For all the inner work we do at this time of year — there is a very clear and down-to-earth goal — forgiveness. Or to put it even more simply: Giving someone a second chance.

That’s it. Can we, after all the introspection, davenning, meals, conversations, and learning — just give one person a second chance? If so, then it all was worth it. If not, then it was all a show.

Yom HaKippurim is 120 days after Moses first went up Mount Sinai. He came down after 40 days with the first tablets and saw the Jewish people celebrating the golden calf. He went back up for 40 days to make peace with God. He then came back down the mountain after another 40 days (120 total) with the second set of tablets and saw the Jewish People fasting and praying solemnly.

God then forgives them.

The second tablets symbolize giving a second chance. The 10 Commandments are intrinsically linked with God’s forgiveness. We say in the Amida that God is “HaMarbeh Lisloach” — “God is the really big Forgiver”. Since we are created in the Image of God — we also need to be really big forgivers.

Why is forgiveness so central to the holidays?

Because without forgiveness there is no hope. Because we  all mess up and at some time we all disappoint each other and ourselves.

Getting to forgiveness often necessitates bringing up uncomfortable stuff. I recently had a mess-up. A difficult business transaction ended badly — someone disappointed me and on top of that became very defensive. Now we’re at a standstill.

At times like this, I tend to wimp out, retreat, and do anything to avoid confrontation. This only allows the bad feelings to fester, or get dumped on to someone else. It doesn’t ultimately make space for forgiveness or allowing a second chance.

What I have to remember is that holiness begins with creating situations of forgiveness. That’s the goal. Wimping out doesn’t enable either party to forgive.

We all need second chances.

I recently asked at our Shabbat table: “If you won the lottery and had 5 minutes on the Internet that you could broadcast your message to the whole world — what would you say?”

Our guests had interesting suggestions:

Elul is the time to get unstuck. Nothing gets us unstuck like forgiving someone.

About the Author
Aryeh Ben David founded Ayeka: Center for Soulful Education in 2008. Ayeka educates rabbis, teachers, and professionals in bringing Jewish wisdom from our minds to our hearts to our souls and to our lives. He lives in Efrat with his wife Sandra and their 6 children.
Related Topics
Related Posts
Aryeh Ben David
Comments