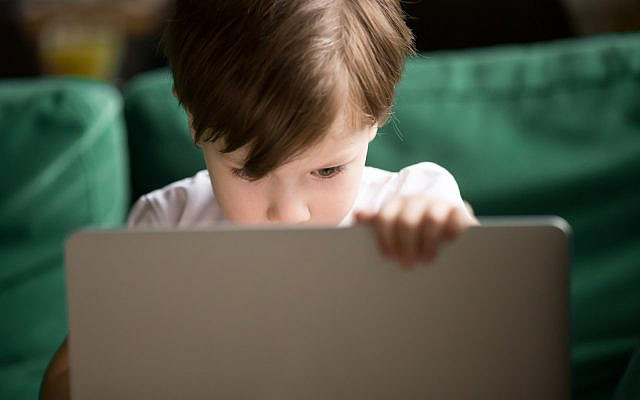 Like so many Israelis, I was horrified by the news of the terrible gang rape of a 16-year-old girl last week in Eilat. People took to the streets to protest. The Prime Minister of Israel called it a crime against humanity. It was indeed a terrible crime.

A bit of a trigger warning: I am about to write in a semi-explicit way about sexual assault. My words in no way excuse the events that took place in Eilat. Men must be taught about proper consent, and I in no way wish to minimize the criminal nature of what purportedly took place.

At the same time, I feel that we must, as a society, look for the deeper causes, the rotten roots that could precipitate such behavior. I wonder about the many men that reportedly lined up in the hallway of that grimy hotel in Eilat. What were they thinking? How could they think that this was appropriate – even if they mistakenly thought the woman consented?

I had a bit of a different reaction.

There are many root causes for the events in Eilat. But we cannot ignore the prevalence of pornography and its widespread exposure to Israelis of all ages – young and old.

For those who understand Hebrew, I strongly recommend that you watch this video – all the way to the end. I’ll mention a few basic statistics.

Studies have shown that the average Israeli child is exposed to pornography by the age of eight. That number reaches 80 percent – 4 out of 5 children, by the age of 13! (And it makes no difference whether you’re secular or religious, male or female. They all have access, and they all see it.) By the end of high school, 50 percent of Israeli youth have taken naked pictures of themselves and shared them with someone else.

Are we really so surprised then that a group of men would think that group sex with a drunk young girl is a good idea, when they have probably watched similar acts dozens if not hundreds of times? Why are we shocked that they would wait in line outside the room when the videos our youth watch on a regular basis teach them that the girls really like it…and want it – and that’s what sex is all about?

As a parent, I wonder about how it is at all possible for our children – at least the 80% – to have a positive body image when they do not and cannot look like what they see on the screen. How can they possibly understand the notion of healthy sexuality, when all they see is violence and self-gratification?

As parents, we need to do two things, immediately.

First and foremost, we need to talk to our children.

We need to assume (remember, four out of five) that our children have watched and will watch pornography, and not to shame them for doing so. Rather, we must talk with them about whether it’s a healthy choice, and whether the temporary sexual pleasure is worth the cost. They must learn that nothing is free, and everything comes with a cost. We must learn to talk to our children about the message underlying the video. Yes, watching porn can make you feel good. But what are you learning? How does it affect the way you think about yourself and your body? How does it alter, even subconsciously, the way that you look at members of the opposite sex?

In the religious community, we have an instinctive reticence to talk about sexuality. It’s for after marriage, in the privacy of the bedroom. That might have been true once, but it’s not today’s reality. Avoiding an ongoing conversation about what we watch and the choices that we make will only ensure that when our children are exposed to pornography, they will be doing so on their own, without our guidance.

Secondly, we need to install filtering software on our internet services.

Yes, I know that our kids will find a way around them. But that doesn’t mean that we have to make it easy – and it is easy, as anyone with unfiltered internet knows. Adding filtering isn’t about censorship. Rather, it’s about putting a warning before you engage in questionable behavior. It’s about telling our children: If you really want to watch this, I know that you’ll find a way. But do you really want to? Is it really worth it?

I began this article by promising to tell you how to get free internet filtering on all of your devices – home internet, phone lines – all of it. OK, here’s how you do it.

Call up your service provider and ask for it.

I never knew this, but Israeli law requires all internet providers to offer free filtering for those who ask. The companies of course don’t offer it, because they’d rather sell you premium service. But they have filtering – all of them – not only Rimon, and if you ask for it, they’ll be happy to give it to you.

That was it. All you have to do is ask.

About the Author
Rabbi Reuven Spolter is the founder and director of Kitah, a new online Jewish learning plaform. He has served as community rabb and taught formally and online for over two decades. Before his aliyah, he taught middle school Judaic studies in the Joseph Kushner Hebrew Academy in Livingston, NJ, high school Judaic studies at the Hebrew High School of New England in West Hartford, CT, as well as at the Akiva Hebrew Day School in Southfield, MI. He is also the founder of the Mishnah Project, an online flipped-classroom learning initiative focusing on using the power of visual learning to bring the Mishnah Yomit program to a global audience. A graduate of Yeshiva University with an MA in Secondary Jewish Education from the Azrieli Graduate School for Jewish Education and Administration and Rabbinic Ordination from the Rabbi Isaac Elchonon Theological Seminary, both at Yeshiva University. He has taught and lectured to groups of all ages in communities around the world. He is also work
Related Topics
Related Posts
Comments