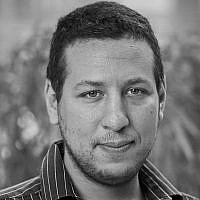 The Blogs
Jacob Stoil
Apply for a Blog
Please note that the posts on The Blogs are contributed by third parties. The opinions, facts and any media content in them are presented solely by the authors, and neither The Times of Israel nor its partners assume any responsibility for them. Please contact us in case of abuse. In case of abuse,
Report this post. 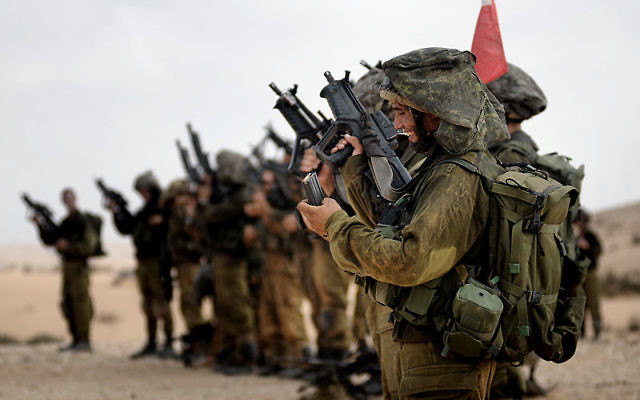 According to multiple reports, there is much to recommend the IDF’s new Momentum Plan, which calls for changes in training and modernization in order to achieve quick, decisive victories, and is in many respects far better than its predecessor, the Gideon Plan. The technological, tactical, and operational modernization Momentum calls for is undoubtedly beneficial to the IDF. However, at Momentum’s heart is an over-100-year-old German myth: the myth that most wars can be short, sharp, and decisive. These, on the whole, will not be the wars Israel faces. To prepare for the future, Israel needs to lay to rest a Prussian ghost and the misconceptions that surround it.

In most cases, the duration and decisiveness of a war is not in the hands of the military but instead rests with politicians and the enemy. For Israel, the myth of a short, decisive war is understandably alluring. Such a war could spare it the difficult discussions stemming from the cycle of repeating operations in Gaza, or the mixed feelings of success and failure that emerged from the Second Lebanon War. A short, sharp, and decisive war allows reservists to return home quickly and the IDF to recall the image of a triumphant army that followed the Six Day War. Unfortunately, such wars are few and far between and particularly unlikely in the Israeli context. Even the Six Day War, as successful as it was, failed to achieve truly decisive results. Short of wars to conquer territory, survive annihilation, or destroy an enemy state, the only truly decisive wars are those with extremely limited objectives that an adversary is willing to concede.

The modern perception that wars should be short, sharp, and decisive comes from 19th century Prussia. Under the leadership of Helmuth von Moltke the Elder, Prussia’s Army sought to use this kind of warfare to advance the narrow policy goals of the Prussian State. These wars, collectively referred to as the Wars of German Unification, became something of a Holy Grail for planners. The first, known as the Second Schleswig War or the Prusso-Danish War, formed part of the ongoing Schleswig-Holstein Crisis and lasted just under nine months, ending with Prussia and their ally Austria achieving their war aims. The second, the Austro-Prussian War, lasted a little over a month with a similar result. From the two Prussian Wars was born the myth that with superior professionalization, planning, and technology, rapid offensives, and overwhelming force, an army could always win wars quickly and decisively.

For many, Moltke the Elder’s concept of the conduct of war was elevated to the highest ideal of military art. Yet even in his lifetime it proved a lie. The next war the Prussians attempted was against France and while it too lasted under a year, it proved costly for Prussia. As the war progressed, the Prussians found themselves mired in France facing attacks by partisans, and although the Prussians could win every battle, they found themselves unable to bring the war to a decisive conclusion. They were rescued by the impending collapse of the French state, which led to a French surrender. However, the key issues of the war remained unresolved and were fought over again in the First World War. Here, too, Prussia, now Germany, attempted to replicate their previous decisive victories but failed. The war dragged on and ultimately Germany was defeated. The successful wars of the 19th century had several factors in common. Chief among them was the fact that they were fought for extremely limited objectives – territorial control and influence – which allowed for clear, decisive victory. Either Prussia ended up in control of a given territory or it did not. Unlike Israel’s wars, the more successful Prussian wars also held low emotional stakes. As British Prime Minister Lord Palmerston said of the Schleswig-Holstein crisis: “Only three people have ever really understood the Schleswig-Holstein business — the Prince Consort, who is dead — a German professor, who has gone mad — and I, who have forgotten all about it.”

Helmuth von Moltke the Elder died in 1891, but despite experiences throughout Israeli military history, he and his concepts live on in today’s IDF. The 1948 War is a clear example of a decisive war. The aims were simple and binary: Israel fought for national survival. In surviving and thriving it achieved a decisive result, although the war was by no short. However, few of the wars that followed achieved a similar victory. The territorial gains and scale of the victory in the Six Day War hid the fact that on two of the main fronts the war continued. Neither the Syrians nor the Egyptians accepted the defeat and the fighting kept up through the War of Attrition and into the Yom Kippur War. Only with the latter was a decisive victory finally achieved. Short, sharp, large-scale engagements had an important role to play in this but were not sufficient. The difference came not from the IDF’s battlefield performance but from the mindset of its enemies. Continuous actions through raids, along with a strong defense which convinced two of Israel’s chief adversaries that nothing further was to be gained through war, ultimately led to victory.

The challenge for the IDF going forward is not whether it can achieve effective results in limited offensives on the battlefield but whether it can sustain them as its enemies seek to deny it victories. In Gaza, the IDF has continued to win battles but fails to achieve its expected results. While new armored personnel carriers and fighters will certainly prove useful, the focus on trying to achieve decisive actions should not take away from larger questions of what to do when such results prove allusive. It is not enough to say the IDF should focus on winning quickly. Quick offensive victories have been at the center of the IDF concept of operations since Chaim Laskov’s committee of 1949. The problem that the modern IDF has yet to answer is how to train for those situations in which such victories are impossible. For the IDF, the first step to achieving this is to move out of the shadow of the Prussian past and develop a new path based on its own successful history. Without such a change, no matter how successful Israel may be on the battlefield, its wars will seem inconclusive and less than victorious.

The views, facts, opinions, and conclusions expressed herein are those of the author and do not necessarily represent the views of the U.S. Government, Department of Defense, U.S. Army, U.S. Army Command and General Staff College, School of Advanced Military Studies or any other government agency. (References to this presentation should include the foregoing statement.)

About the Author
Dr. Jacob Stoil is a military historian and currently Assistant Professor of Military History at the US Army School of Advanced Military Studies (SAMS). He received his doctorate in history from University of Oxford. He holds a BA in War Studies, as well as an MA in History of Warfare from the Department of War Studies, at King’s College London. He has published on indigenous force cooperation, the Second World War, and the Israeli military.
Related Topics
Related Posts
Comments