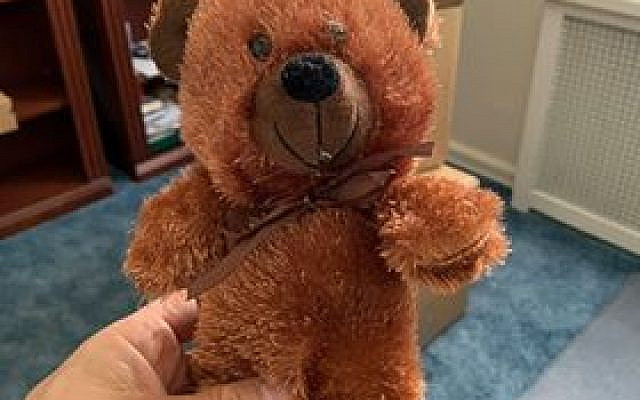 It can’t be ignored. Teddy bears are more needed now than ever before. Yesterday, as I sat outside of the tent set up juxtaposed to the Demarest Farms abandoned fields for Rosh Hashanah, I noticed how many children had come to hear the shofar blasts being sounded. There were close to 20 children running about, hugging teddy bears or other toys as they tried to figure out their new comfort zone, playing nearby the fields. Some children looked lost. Some children clung to their mothers and grandmothers. Some clung to their older sisters. Some clung to their teddy bears. It was that feeling of needing to cling, to find solace that struck me.

Didn’t we all feel lost? Abandoned? Forgotten? Confused? Anxious? What end was up? Boy, did I need a hug of reassurance. Where was my teddy bear? But stop, I am too old for a teddy bear, aren’t I? Only children play with teddy bears, or so I have observed over the normal years. So what are the newest rules for this new normal of Covid? I haven’t felt safe with the emerging permissiveness in society of the far left and far right. Surely, a teddy bear can’t hurt.

A Rosh without teddy bears. This was a Rosh Hashanah like non other. I was trying to keep warm, with my sweatsuit jacket and winter coat for back up. I had stuck a hat on my head, for my just in case of a wind picking up. Wondering what had ever happened to all of those Torah teddy bears that I had brought to camp over the years. Who had picked them all up and tossed them? I hoped that they had found new homes.

As I was adjusting my hat, to make sure, that I would receive optimal sun, according to Dr. Fauci’s directives, I noticed, Emily, the young girl, grasping, her teddy bear, dangling it by her side. Her grip appeared that much tighter, than I had imagined it would be. She seemed so lost. I sensed that she was trying to make sense of all that was around her. Her mother, adjusting her temple doily, rocking the stroller, keeping the baby entertained. Her brother, wanting to run and play ball with the boys but wondering if they would allow him to play. Emily, not sure what she was supposed to be doing.

For many of us, the Chabad prayers for Rosh Hashanah felt so foreign but yet so familiar. How could something so old feel so strange to the ear? But where was that sense of familiarity seeping in? It was that soul crying out to Gd, to Hashem, hug me like a teddy bear, bring me close to you. Draw me near to you. All I want is you.

I may not be allowed to hug a teddy bear but I needed to feel that hug from Hashem. Thank you Gd for all of the blessings that you have hugged me with over the years. May the blessings continue. 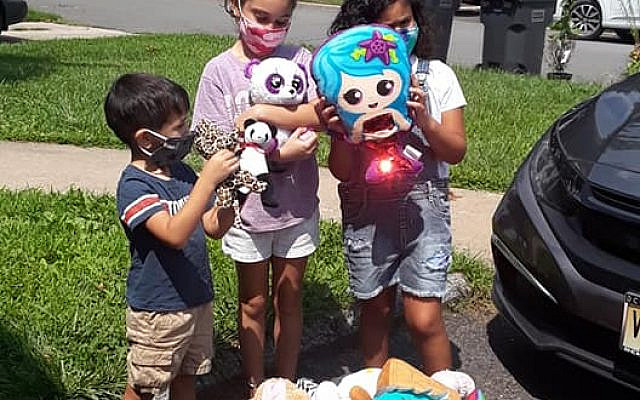 (These  Israeli/ Cresskill children volunteered at my home to pack up these adorable stuffed toys for Israeli children, stressed,  due to Covid and the incendiary balloons, landing in the South, “deployed” from Gaza. Picture taken by Rabbi Claire Ginsburg Goldstein.)

Bless, O LORD, his substance, And favor his undertakings. Smite the loins of his foes; Let his enemies rise no more.

The ancient God is a refuge, A support are the arms everlasting. He drove out the enemy before you By His command: Destroy!

O happy Israel! Who is like you, A people delivered by the LORD, Your protecting Shield, your Sword triumphant! Your enemies shall come cringing before you, And you shall tread on their backs.

With or without enemies, reassure us, Hashem that You have our backs.

Thank you bear-y much,