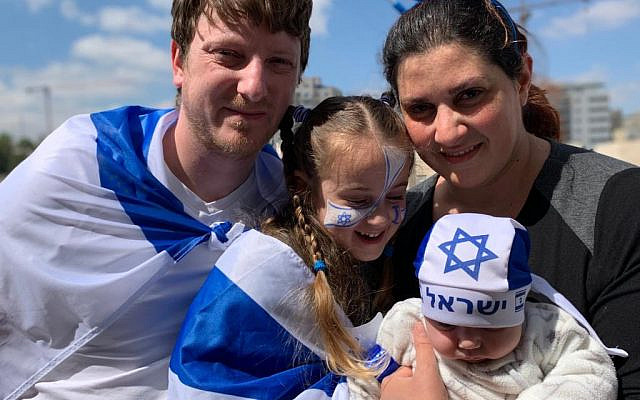 “In Israel, to be a realist”, said David Ben Gurion, “one must believe in miracles.” From Ben Gurion’s and his colleagues’ leap of faith in declaring Independence, to this country’s inconceivable achievements over the next 73 years, we are indeed a blessed, miraculous phenomenon. But we are also at a crossroads that demands a new level of maturity and responsibility.

In his famous “Kol Dodi Dofek”(“The Voice of my Beloved Knocks”), Rav Yosef Soloveitchik enumerates the many reversals of history that enabled the return of our nation to its sovereign land, including the unlikely political collaboration between Cold War adversaries the U.S. and Russia to support Israel’s establishment, Israel’s military victory in the War of Independence, without tanks, warplanes or proper weaponry, against massively- supplied Arab armies, the sudden creation of citizenship and guaranteed refuge for Jews world-over, the Zionist awakening and support of Western Jews, and the blossoming of nature in the Land, after two Millenia of inhospitality to foreign conquerors.

I believe that Divine involvement in our destiny has never ceased, and requires our moral refinement to answer the call of history. We are stuck in this fourth round of elections, not only because of flaws in our electoral system, but because of a dearth of Ahavat Yisrael – love of and basic respect for our fellow Jew. Antipathy between Jews caused our downfall in every generation, and it could be that God is saying “enough is enough.” A country cannot flourish in an atmosphere of intolerance and self-righteousness.

We also hold a debt to the soldiers and citizens who lost their lives on this holy ground. It is astonishing how many of them left legacies of kindness and selflessness. Their stories should remind us to judge more favorably people from different cultural backgrounds, to take pause before making divisive comments, or flaring up at someone on the road, in an office, or on line at the supermarket.

With the foundation of our State and the strengthening of its economic and military fortitude, our physical redemption is well on its way. The next step must be our cultural and spiritual redemption. Ahavat Yisrael is the absolute basis for the spiritual refinement of our society.

Seven million of us have prophetically gathered here, and millions more of our family around the world cry and celebrate with us on Yom HaZikaron and Yom HaAtzma’ut. The expression “Reishit Tzmichat Ge’ulateinu” – “the Beginning of the Flowering of our Redemption” is indeed an understatement.

The prospering of our tiny, besieged nation in our own land after 2000 years is an improbable miracle of human history.
We have so much to be proud of and grateful for, and we have so much more to do.