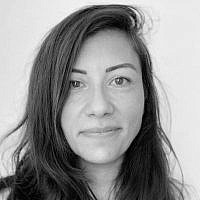 The Blogs
Hela Lahar
Apply for a Blog
Advertisement
Please note that the posts on The Blogs are contributed by third parties. The opinions, facts and any media content in them are presented solely by the authors, and neither The Times of Israel nor its partners assume any responsibility for them. Please contact us in case of abuse. In case of abuse,
Report this post.

A lot has been said in the past 5 years about ‘cancel culture’. It seems hard to define where the line between silencing and calling out something “wrong”, passes. In Israeli law, there is a “red flag rule” whereby if something feels wrong, it is wrong. Which is to say, if it walks like a duck, and quacks like a duck, we will safely assume it is a duck. But what if each person’s gut tells them differently?

Not that long ago, I started writing a piece about the importance of being exposed to opposing points of view, or just different points of view, as not everything is, nor should we experience it as, binary. As a case study, I focused on the Palestinina-Israeli conflict. I called the piece “The Importance of Multitudes”. Why has it not been published? Honestly, because I fear the backlash. And not just the kind that responds unkindly on social media, but the kind that then cancels you from real life opportunities.

It is a basic human characteristic to categorize. We cannot move through life as quickly as we need to, without judging reality swiftly, categorizing that which is in front of us, and reacting accordingly. As a basic example, we see an object hurtling towards us and we categorize that as danger, in which case we course correct, to avoid it crashing into us. In the same way, when we meet new people we ask “what do you do”, and usually whether consciously or subconsciously, we attach value to their response. It’s a survival technique that we have “perfected”, to the point of reduction. We now use this basic tool to reduce people to, not only their political view, but a political view, singular.

I refer to the action of categorizing, as reductive, but really – it has been weaponized. This tool that has served humanity in the most basic form for many years, is now doing us a disservice, by allowing people to silence those with whom they disagree, and plant fear in voicing critical opinions or points of view. By definition, this practice eliminates shades and only gives rise to the black and white binary reality that we have been drawn to, politically and otherwise, in recent years. As a society, we must recognize the perils of these practices and even on the most individual level, try to see where we are not listening or making space for people to voice different opinions, so as to enrich the conversation and the reality around us, to make room for people to bring their full selves, and in the process allow people to evolve and change their paths, through the growth that this exposure will inherently create.

Born in the US and raised in both countries, I am an American-Israeli citizen. But when I walk into a room, even before I speak, I am judged merely on the basis of that fact – the passports that I hold. In some circles my Israeli passport makes me a radical right-wing zionist, which must mean by simple extrapulation that I am not supportive of Palestinian self determination. In other circles, my American passport makes me a bleeding heart lefty liberal post Zionist, who doesn’t understand the need and right of Jewish self determination. And I have yet to utter a word. Having been attacked by the left for not being progressive enough, and by the Right for being off the charts “Left”, I feel I am comfortably in the center. But that’s just me. And it’s anything but comfortable. It’s just me, because only I feel pushed in both directions. Each interaction that I have, has a singular view on me, based on very little data (such as where I have worked or an opinion I expressed on one topic, once, or which passports I hold). And uncomfortable, for in today’s polarized world, those who can hold complexity and nuance, who are open to the idea of shades, and dare I say even seek them, are perceived as weak, indecisive or simply ignorant.

Merely by having Palestinian friends, I am assumed to be naive, probably apologetic for the existence of the State of Israel and possibly not even a Zionist. So what if I chose to move to Israel and raise my children here? So what if the foundation of the state of Israel is miraculous in my mind? Who would think, as I fight for Palestinian self determination, that I ache for the loss of the land of our Jewish forefathers, and so understand those who see Settlements as a manifestation of their Zionism. And on the other hand, for my post-Zionist relatives, who have done nothing to promote Palestinian self-determination, other than talk about it in righteous indignation, merely by being Israeli, I who am dedicating years to this cause professionaly, am made to feel like a war criminal for identifying as a Zionist. And here I go explaining myself again. Justifying myself. Asking not to be canceled, irritating everyone and pleasing no one all the while.

Is it just me, or do extremes tend to mirror each other in an alarming way? Why have we gotten to a place where we have to justify ourselves, explain our allyship and prove that we are knowledgeable, understanding and well informed, despite the fact that we do not align with either extreme? If we want to change the conversation and not give room to extremism, we must insist on shades, on a multitude of narratives, on deep dives into people in all of their complicated layers and be in the business of benefit of the doubt and less judge and jury. Moreover, we should reward others for these practices, sometimes counterintuitive, as we are programmed for categorization, and not reduce anything or anyone to a single opinion or action. This will take time and practice, but as the saying goes – practice makes perfect.

We’ve seen this happen throughout history, people being persecuted for holding “the wrong” belief, our weapons of persecution have just become more accessible and louder. We need to readjust our red lines, so as to allow and not fear critical thought, not just in theory, but in practice. Actively listen and expose ourselves to different views and work hard never to reduce anyone to a single sound bite or fact. We are in dire need of change. Change to the way we communicate with each other, change in the way we isolate and retreat into our own echo chambers, change in the way we have stopped letting the facts confuse our own entrenched narratives. And that change must start with us and it must start today.

About the Author
A self identified “Hybrid”, Hela is an American-Israeli, and a Jewish Educator, Hela has spent the last 17 years devoted to development and leadership of new initiatives in different organizations, both in Israel and the US. She has written and directed programs within the Jewish community across the East Coast and Israel and has extensive experience bridging the divides between these two communities.
Related Topics
Related Posts
Comments