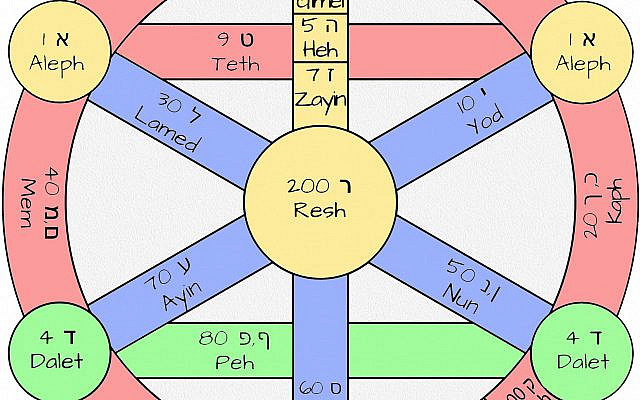 The Seven Palaces and the Holy Name

Welcome back to my blog about Gematria, the Merkabah and the Birth of the Alephbet.

Research is a funny old business. You try your best to make sense of the landscape of the inquiry, but just as you think the picture is in focus, something occurs to make you question the fundamentals and a whole new, sharper picture emerges. This has happened to me lately as I rethought the assignation of the four lettered name of God and the Seven Palaces. I was pretty sure that each letter of YHVH represented other paths and palaces of the wheel and I divided it up in what I thought was a logical fashion, but there was something about it that wasn’t quite right. It was only after I learned that the Reverse Cipher for YHVH = 220 that everything finally fell into place, and the garden bloomed. This works for Jewish, Christian and Thelemite mystical systems.

Without further ado, this is (without doubt) the assignation of the Holy Name to the Seven Palaces; 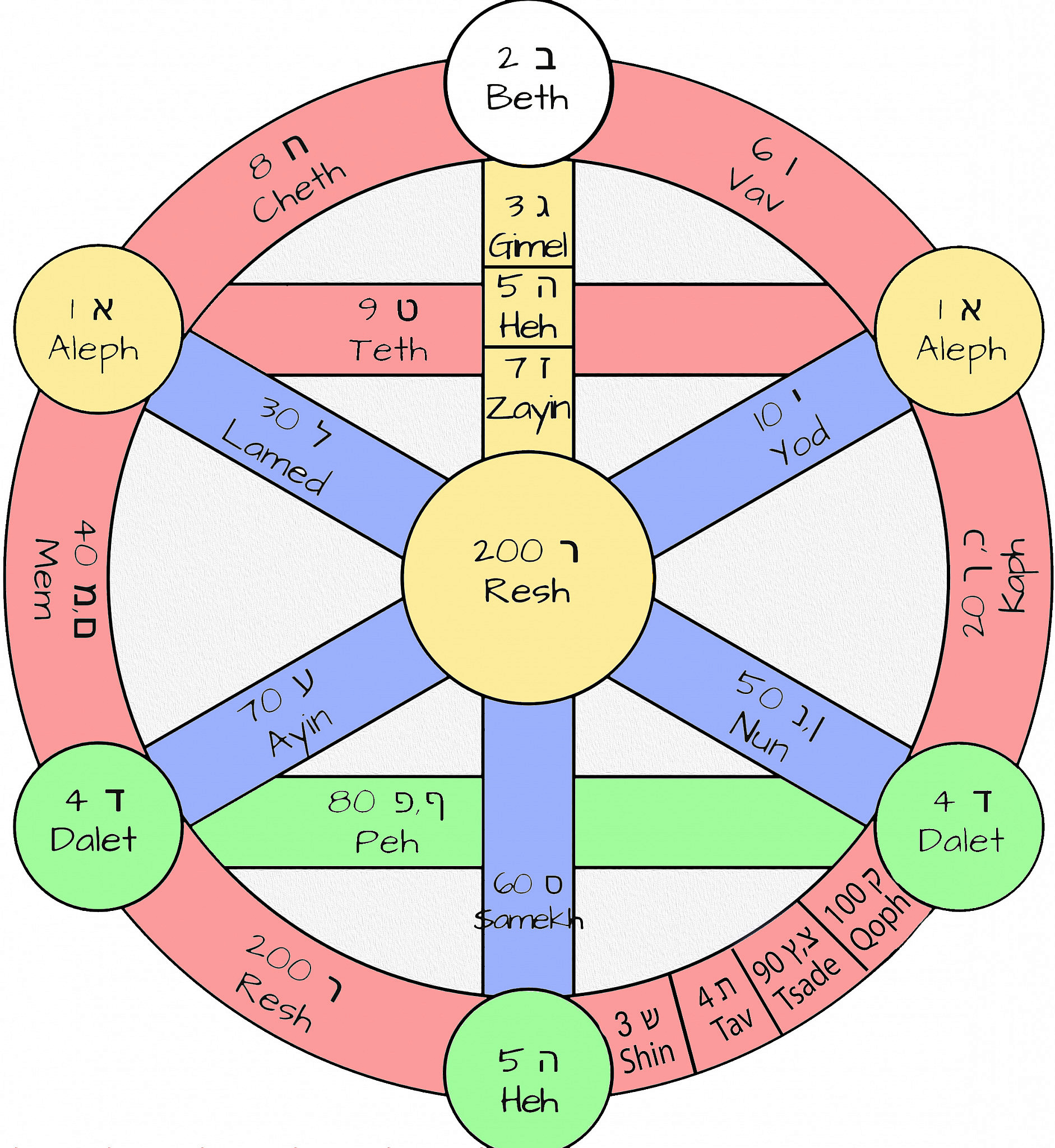 The Seven Palaces of Yetzirah

220 = בראשית : BraShiTh; “In the beginning”; the first word of the Bible and the Hebrew title of the Book of Genesis.

220 = H O Jesus Th; (AL 3:51) which says ‘With my Hawk’s head I peck at the eyes of Jesus as he hangs upon the cross’. The head of a word is its first initial so we take the H from Hawk. The pictogram of the letter ayin is an eye, and we see this menonmic used in the Tanakh too. The cross is the letter Tav in Paleohebrew.

700 = מנסעף צק רשת אב : The letters between Lamed and Gimel. According to Rav Shmuel Baruch Ganot Shlita in the Gemara this is the reason why Lag Ba-omer is so named rather than being Gal Ba-omer.

To the modern person, one of the most curious and surprising things about the story of the first Temple was that it was built for God’s name.

One of the epithets for God is השם Hashem, which means the name. In the ancient Levant, names were secret and magical. Names were gates to the soul of a being, and were bound to them. If a higher being knew your name, all was well and good and you had a measure of protection, however if a lower being knew it chaos and destruction could ensue. To pronounce a name is to bring something out of the realm of the mind and down into the physical world.

The members of many primitive tribes have two names, one for public use, the other jealously concealed, known only to the man who bears it. Even the immediate members of the family never learn what it is; if an enemy should discover it, its bearer’s life is forfeit. In highest antiquity peoples, the occult power that inheres in the name is recognized, and the name itself is known to be a mighty and awesome force in the hands of the magician… The more such names a magician has garnered, the greater the number of spirits that are subject to his call and command.[1]

In Genesis 2, Adam is given the ability to name all the animals of the Earth, and thus Adam gains the power to control the fate of each animal. In Exodus when Moses asks the name of God, YHVH replies cagily אהיה אשר אהיה, which translates as ‘I am that I am’. He is not willing to reveal his name to Moses at first. In Judaism the pronunciation of the name of God has always been guarded with great care. It is preferable to say Adonai when in prayer rather than say the name of God out loud. However it is fair to ask, how secret can a name that is written in the Torah over 6,000 times be?

The answer to that is – very secret… if the given name of YHVH is a notariqon for the real ineffable name.

How the Name was originally vocalized is no longer certain. Its pronunciation was in time restricted to the Temple service, then to the High Priest intoning it on the Day of Atonement, after, and after the destruction of the Temple it received a substitute pronunciation both for the reading of Scripture and for its use at prayer[2]

This leads to the obvious question; how is it that a name can be unutterable? And why, if the name was really unpronounceable, is it believed that the high priest of the Temple pronounced it once a year on Yom Kippur?

The name YHVH is a notariqon for all the alephbet and each path and palace. However because the letters gimel and shin, and daleth and tav share the same value and place order in the alephbet, one would have to have the ability to intone both letters at once in order to say the full name of YHVH. This is of course impossible, which is why the name is the ineffable name. Making the name ineffable, is likely the reason for having two letters in the 3rd and 4th positions of the alephbet too. However, the point of speaking a name instead of merely thinking it is to open a door into the physical world, and a temple may do that as well as the speech of a name. Each part of the First Temple represented a part of the Macrocosm, which meant that when the letter gimel was intoned there was a physical representation of the shin present, meaning that as long as the order of the letters of the name was known, the name could be said within the Temple to magical effect.

In other news, I thought Proverbs 31:10-31 was a long sum, but I had to increase the size of my database columns yet again to accommodate the Shemhamporash!  This calculation uses the Reverse Cipher, and is from Exodus 14:19-21:

I’ve also been adding some teaching functionality to the Shematria calculator. There are many verbs and prepositions that indicate the use of subtraction, multiplication and division and now if one of those shows up in an entry, Shematria will tell you about it with a notation. I’ll be including all these in my up-coming book ‘Behold!’: A gematria study guide and workbook for beginners.

That’s it for now. Have fun and stay tuned for more numerical honey.

About the Author
Essayist, artist and designer, Bethsheba is also the author of 6 books on Qabalah and the Occult, and one screenplay. She is the Grand Master of the Fraternity of the Sanctum Regnum, and inventor of the world’s first dual logographic and alphabetical writing script (Galay). She is also the creator of the popular Gematria Calculator: Shematria. Critics have called her one of the most original and insightful writer in the field of the Western Mystery Traditions.
Related Topics
Related Posts
Comments