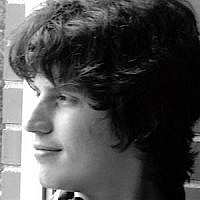 The Blogs
Merritt Skidmore-Hess
Apply for a Blog
Advertisement
Please note that the posts on The Blogs are contributed by third parties. The opinions, facts and any media content in them are presented solely by the authors, and neither The Times of Israel nor its partners assume any responsibility for them. Please contact us in case of abuse. In case of abuse,
Report this post.

Contemporary discourse on Israel and the Israeli-Palestinian conflict is broken and it is broken because the discourse ignores non-Ashkenazi Jews. This is especially problematic as it seems so pervasive as to seem to be a deliberate choice to focus on Ashkenazi over non-Ashkenazi by both ‘Pro-Israel’ and ‘Pro-Palestinian’ advocacy. Individuals and groups across entire political spectrum are acting on the assumption that Ashkenazi identity is the default for Jewishness.

A major example of this occurred with Netanyahu’s speech at the 2015 World Zionist Congress when he stated that the Mufti Haj Amin al-Husseini gave Adolf Hitler the idea to wipe out the Jewish people in the Holocaust. In response to this false claim hundreds of news articles, editorials and opinion papers were published calling the Prime Minister out on his duplicity and forcing Netanyahu to retract his earlier statement. Underlining both Netanyahu’s statement about the former Mufti and his critics is that it puts European Jewish history above the history of other groups of Jews.

The debate over the PM’s comments created a false dichotomy of al-Husseini is largely responsible for the Shoah versus al-Husseini is completely irrelevant as a historical figure. Al-Husseini was anti-Semitic and a Nazi sympathizer, but the focus of him as a historical figure should focus on his leadership as a Mufti. His policy as Mufti to try to restrict access to Jewish holy cites within Jerusalem including the Western Wall. Al-Husseini’s policies and attitudes show the ending of the distinction between the Holy Land’s pre-Zionist Jewish community and its Zionist community for both of them should be considered outsiders for Palestinian and Arab societies. This reflects trends that occurred throughout many places in Southwest Asia and North Africa in the Colonial and Post-Colonial era where Mizrahi Jews were no longer considered part of the dominate cultural groups of the societies they lived in.

A controversy similar to Netanyahu’s comments on the Mufti occurred in 2010 when the journalist Helen Thomas stated that Israeli Jews should leave and go to Germany or Poland. This statement from its inception makes Ashkenazi identity the default for Jewishness. The writings condemning and supporting her focused on European and American Jews. Rabbi Live, the figure Thomas made her comments to. referred to the Holocaust in his attack on her and Sam Sedaei a defender of Thomas refers to Jews in western society while ignoring the experiences of the majority of Mizrahi Jews.

The reason that reason that the majority of commentators in America and other English language media ignore non-white Mizrahi Jews is that focusing on Mizrahi Jews is inconvenient to the narratives that these commentators are promoting. A Netanyahu supporter would be forced to confront the fact that his Neo-Liberalism hurts working class Mizrahim economically, someone who supports Palestinian political violence would be forced to acknowledge that such violence would disproportionately hurt Jews who are indigenous to the Middle East, and many Liberal Zionist would have to acknowledge the paternalism that Ashkenazi Jews treated their Mizrahi brethren under the peak of the Labour Zionism. It is something that makes many uncomfortable, but it needs to become a central part of the conversation.

About the Author
Merritt Skidmore-Hess is a graduate at of Georgia Southern University where he studied the history of Islam and the Middle East. Merritt also studied Judaic Studies with the Conservative Yeshiva in Jerusalem.
Related Topics
Related Posts
Comments