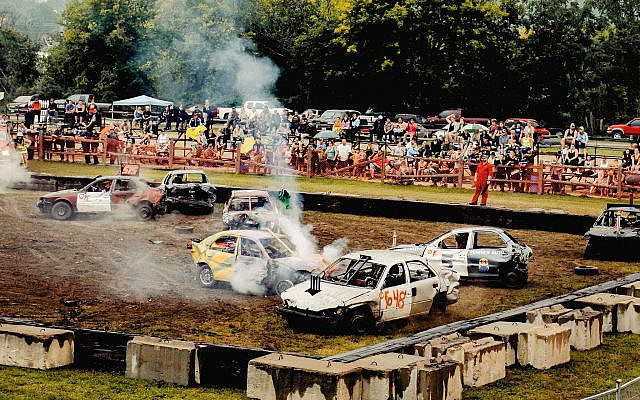 Hamas and Hezbollah’s Rockets and Missiles

Iran has given hundreds of thousands of rockets and missiles to Hamas in Gaza and Hezbollah in South Lebanon, two terrorist groups, so they can attack Israel’s civilians and important infrastructure. On top of that, Hamas and Hezbollah hide their weapons among the civilian Arab population, in homes, hospitals, schools, mosques, and so on, and use innocent men, women, and children as human shields. Hamas and Hezbollah are the modern-day Malachi Brothers. They fight dirty with Iran, which is the number one state sponsor of terrorism, against the Holy Land of Israel.

The Syrian Bridgehead and Iranian Nukes

In recent years, Iran has also tried to use the brutal civil war in Syria to set up a third base of operations against Israel. This would extend the Malachi Crunch to potentially three bases of attack against Israel at the same time. Israel has, of course, been pushing back against the terrorist infrastructure taking hold around them by taking out the weapons, militants, as well as the terror tunnels crossing the Israeli borders in the North and South. While Iran tries to distract Israel with terrorists on its borders, the Iranian Islamic Revolutionary Guard Corps (IRGC) is hard at work developing nuclear weapons and missiles capable of threatening Israel from over 1,000 miles away. Israel has known for years that this is a threat to its very existence and has worked secretly to stop Iran’s constant and determined work on making a bomb.

With the Ayatollah and the mullahs in charge, the Iranian theocracy has been at the forefront of claims that the Holocaust didn’t happen. It also constantly threatens to destroy Israel and attack the West. So, while Egypt, Jordan, the United Arab Emirates, Bahrain, Morocco, and Sudan (and, soon, hopefully, Saudi Arabia as well) have moved toward peace and prosperity with Israel, Iran continues to be hostile, wants to lead an Islamic caliphate across the whole region, and threatens war. Is it any surprise that the corrupt Ayatollah has sided with the tyrant Putin against the United States and NATO by arming Russia with kamikaze drones that are destroying Ukrainian energy, sewage and water treatment facilities, and other critical infrastructure?

Oppression of the Iranian People

Iran’s leaders are not only malevolent to their peaceful neighbors, but they also oppress their own people who want human rights and freedom, often with the help of the “morality police.” In the same way that Iran uses the terrorist Malachi Crunch against Israel, it uses the Ayatollah’s security forces, plainclothes troops, and Basij paramilitary shock troops against civilian protesters. The protesters are caught in the middle, trying to fight for their freedom as they are shot at and beaten from all sides.

Iran is not alone in using Malachi Crunch tactics, as Russia itself employs Belarus as another front from which to stage its war, missiles, and attacks against Ukraine. As we know, when surrounded by multiple fronts, an adversary takes an unfair advantage to pummel their opponent in the middle (similar to what Israel’s nation-state enemies did to them in the wars of 1948, 1967, and 1973). When the time comes to take out Iran’s nuclear weapons and, hopefully, their drone production and storage facilities as well, we can be sure that Hamas and Hezbollah will use the Iranian Malachi Crunch to fire barrage after barrage of deadly missiles from the North and South at the heart of Israel’s civilian population.

So, in addition to the threat of Iran’s nuclear weapons, Israel needs to make sure that Hamas and Hezbollah don’t set them up for the feared and violent “crunch.” Israel needs to avoid being positioned in the middle of the attack that is sure to come and threaten the entire country simultaneously. Instead, Israel will have to take out the enemy with strategic pinpoint attacks that disable their terror rockets and missiles. When the evil Iran, Hamas, and Hezbollah are all dealt a staggering blow of epic proportions, then there will be “happy days” for Israel and the rest of the world, and please G-d, true peace and the coming of Mashiach.