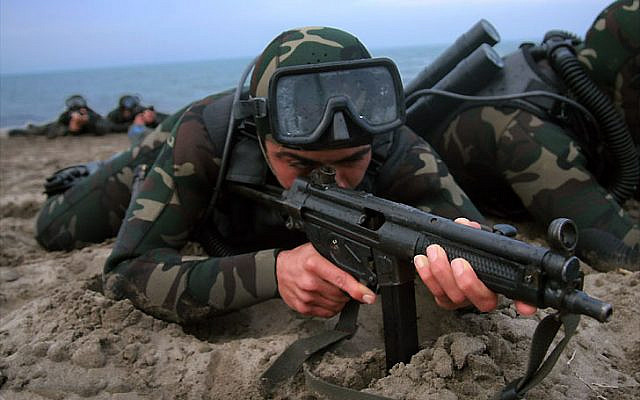 Much of the MENA region (Middle East and North Africa) instability is paying dividends — that is of course if you are a supporter of the Islamic Republic, its theopolitical ideology, and of course, its bid for hegemonic control. The evil that doesn’t sleep, Tehran’s Leadership has been playing dangerous games of late, somewhat right under our noses, without many experts picking up on the trail of crumbs IRGC ever so kindly left behind for us to find.

But then again it would take an army of analysts and experts to keep up with Iran’s forever evolving agenda; that and the fact that in the face of a pending nuclear threat, Iran’s side projects appear somewhat less dangerous. I would wager that it is exactly what the regime would like us to think.

While we occupy ourselves with the nuclear dossier, it may be that we are less concerned with what Tehran is doing elsewhere, failing to recognise that this ‘elsewhere’ is actually vital to the regime’s immediate agenda. On the cusp of socio-economic collapse the Islamic Republic needs an injection of fresh cash and resources.

It is in the view of doing just that that I’d like to raise the matter of Iran’s tacit alliance with the Sultanate of Oman, and of course how it fits within the geopolitical regional fabric. And since no article on the Middle East can ever be complete without the mention  of oil, water, and real estate, those subjects will be brushed upon … fear not.

Once upon a time, in a region not too far away: the Arabian Peninsula, there was a land forgotten by most, and yet coveted by many. I give you: Musandam. When I say forgotten I’m of course referring to the media – and since nothing ever truly exists in this world of ours unless it is pinged, tweeted, instagrammed or whatever else, Musandam has been,so far at least, but an unspoken dot on the map.

We may soon learn that Musandam holds within its borders the power to make … or break the region’s tentative status quo.

Located on the very northeastern point of the Arabian Peninsula, Musandam extends like a finger towards Iran. Sitting at the entrance of the Persian Gulf, it overlooks on its southern edge the strategic Strait of Hormuz and of course the World Oil Route. A once fiercely independent land, Musandam suffered the assault of Great Britain at the turn of the 1930s, back when the Empire looked to consolidate its positions in the region, to finally fall in 1970 following ‘Operation Intradon’ which led to its merger with the Sultanate of Oman, then a key ally of the UK.

Location, location, location … a pawn in greater powers’ game, Musandam has been held hostage by not only its geography but the riches of its soil. With oodles of natural resources (oil and gas mainly) Musandam is of too great strategic importance to be let go of on account its people are calling for political self-determination. But that would be for another piece …

And so Musandam remains firmly within Oman’s grasp and to some extent whoever will align itself to Oman – or better yet whoever will entice Oman to follow their cue. Towards that end I will argue that the Islamic Republic has been quite successful. Actually not just quite, but rather brilliantly so since few powers even took notice of IRGC’s operations in the area – other than the local population of course, and the UAE by virtue of their proximity.

As Tehran is forever looking outwards, ambitioning ad vitam eternam to export its ideology to the region and conquer to its revolution more capitals still, control over the World Oil Route is absolutely essential. What better means of pressure could any country exert but to threaten world economies with an energy crisis which would not just impede growth but crush their ability to function altogether. With 20% of the world supply passing through the Strait of Hormuz – 90% of which, in direct Gulf exports, those waterways are of crucial importance.

But this is where the plot thickens. Iran is not just looking for control of the waterways so that its Leadership could dictate much of the region’s economic future – such a policy would only hold for so long and is bound to provoke a military confrontation Iran knows it cannot win. Let me put it somewhat differently – Iran is a pragmatic power … yes its ideology is underwritten by some grand messianic delusion, and yes ultimately it is vying for a grand war with the West so that it could precipitate the return of its Awaited Imam, but Tehran also knows what it can and cannot get away with.

The Islamic Republic cannot afford to irk regional powers so completely that they would come together against its rule. It can however threaten, destabilise and infiltrate to carve itself a bigger slice of the pie – until such a time when it can claim absolute superiority … such is the game of empires.

In Musandam, the Islamic Republic is looking to play Oman against both the UAE and Saudi Arabia’s regional strategic interests, while consolidating its outposts in the Gulf,  Yemen and the Horn of Africa. A strategic gateway, Musandam has been an IRGC smuggling hub for several decades now – weapons, drugs, sanctioned oil … the list goes on and on. If we consider the catastrophic geopolitical repercussions this rapprochement between Muscat and Tehran already led to by way of Yemen and the influx of weapons courtesy of Oman’s ‘blindspots’, we may want to grab a map and start considering that this formerly unknown slither of land, Musandam, seated at the very tip of the Arabian Peninsula warrants our attention, and maybe emancipation from its owners.