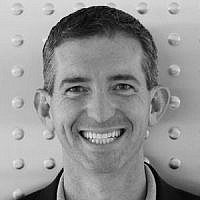 The Blogs
Jason Boxt
Apply for a Blog
Advertisement
Please note that the posts on The Blogs are contributed by third parties. The opinions, facts and any media content in them are presented solely by the authors, and neither The Times of Israel nor its partners assume any responsibility for them. Please contact us in case of abuse. In case of abuse,
Report this post.

On January 13th, 2015, elections will begin for a legislative body with far greater reach than the Knesset, for an executive far older than the Prime Minister’s office, and yet will capture a fraction of the newspaper ink that the elections in Israel will get come March.

This legislative body plays a role in Israeli policy; its executive directs actual monies to Israeli organizations. It commands the attention of elected officials, Executive Directors and party leaders, and yet no one is saying a word about it.

So, you ask, what is this election? It is the election for the World Zionist Congress. And it’s important because it gives world Jewry a say in what happens in Israel.

That’s right – it gives the Diaspora a say in the fate of Israel. And has done so since day one of Israel’s birth.

Why is this important? Because the Jewish Diaspora has a lot on the line when it comes to the current state of affairs in Israel. From issues of marriage and conversion, to the peace and security of Israel, Diaspora Jews looking for a voice and role to play in their relationship with Israel need look no further than the WZC elections. And particularly for Reform Jews in America, the moment could not have come sooner, nor at a more opportune time.

With more than 45 synagogues in Israel, the Israel Movement for Progressive Judaism (IMPJ) is at a turning point; more and more Israelis are learning that to be a religious Jew in Israel needn’t mean wearing a black hat. And while their numbers are small, they are growing – and in dire need of resources to continue that growth. This is why the upcoming WZC elections are so important.

For Reform Jews in America – like myself – the ambivalence we have felt toward Israel and Israeli policy has long been a question with no good answers. But today, we have an outlet, a way of rekindling our relationship with Israel in a way that transcends that ambivalence. We can support Israelis who share our values – equality, egalitarianism, plurality and peace. And for just a $10 registration fee and 2 minutes of our time, we can cast a vote for ARZA – Representing Reform Judaism. What will this mean? It will mean ensuring the continuation of funding – to the tune of more than $4M a year – for supporting the IMPJ, Reform kibbutzim, and HUC-JIR in Jerusalem, where Israeli and American students alike train to become Rabbis, Cantors, and educators. It will mean a louder voice for women like Rabbi Miri Gold – the first Reform rabbi recognized by the state of Israel – and it will mean greater leadership in Israeli institutions that make policy decisions. In short – it matters – a lot.

So, in a few short months Israelis will go to the polls to decide what their Knesset looks like, and who their next Prime Minister will be. This is critically important, to be sure, but, ultimately, a decision only Israelis should make.  But as Diaspora Jews, we too have a choice in just a few short weeks: we can choose to support our Israeli brothers and sisters who share our values, and, in doing so, reassert the incredibly important role Diaspora Jewry can and should play. And help create an Israel we all feel a part of.

If you would like to learn more about it, go to www.reformjews4israel.org, check it out, and don’t forget to vote come January 13th.

About the Author
Jason Boxt is a Managing Director at The Glover Park Group. Boxt provides public opinion research, message development and issue advocacy expertise to GPG. Prior to joining GPG, Boxt was the Director of National Advocacy at the Center for U.S. Global Engagement, and before that was the National Deputy Political Director at the American Israel Public Affairs Committee (AIPAC). He started his public opinion research career at Global Strategy Group, first in its New York and then in its Washington, D.C. office. A native of South Carolina, Boxt received his B.A. in International Studies at the University of South Carolina, before going on to receive an M.A. in Political Science from Columbia University. He lives in Rockville, MD with his wife and two daughters.
Related Topics
Related Posts
Comments