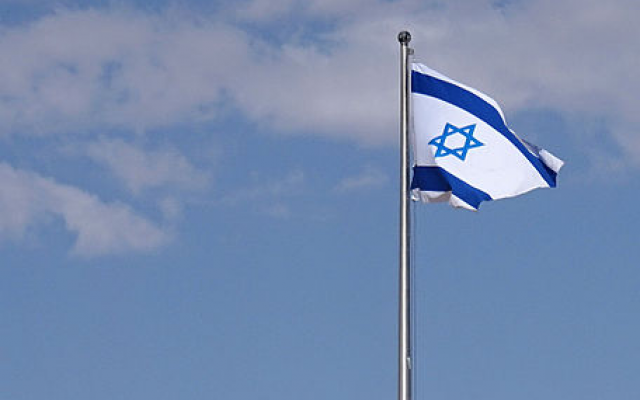 The coronavirus crisis has afforded us all a collective moment of pause.

In light of that, I did a little thinking this morning about the type of country I would like Israel to become in 10 years’ time.

Not in order to point out its flaws — but rather because I feel like we (as individuals and as a collective) are taking stock of our lives right now.

How did we get to this point? What can we learn from this experience? And how would we like to grow as a result of it?

Here’s what I came up with for national changes.

1. A Lower Cost of Living 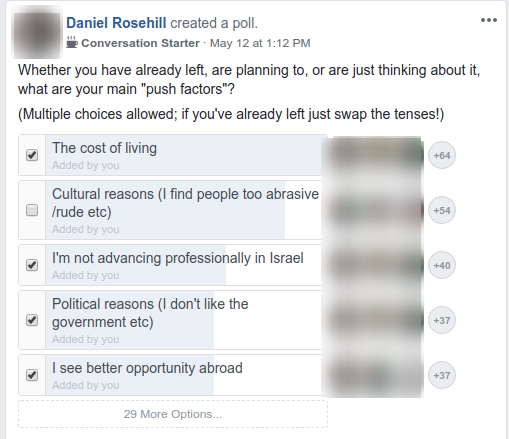 This week, on a Facebook group, I took a straw poll.

My answers were designed to tease out immigrants’ commonly-voiced frustrations about life in Israel. But respondents were free to add their own options too.

One poster complained that the food was too spicy.

Another lamented Israel’s drift away from its democratic roots.

But guess what came out on top?

Yup, the cost of living.

I’ve made the case before that Israel’s extremely high cost of living — recently ranked the eight highest in the world, ahead of the US, Hong Kong, Ireland and South Korea — is the elephant in the room facing the future of organized aliyah.

And, as I still believe in the Zionist ideal, I think that that is a gross betrayal of Israel’s founding tenants: that it would be an everlasting home for all Jews, irrespective of their socioeconomic status.

I know Diaspora Jews that would like to live in Israel but feel that they cannot afford to to do so. In a country with a paltry minimum wage of under $7 an hour (but the living costs of Manhattan!), getting by here — especially for many older citizens —simply isn’t an option. Never mind a comfortable retirement for all too many the concern about becoming destitute is all too real.

Sadly, Israel’s sky-high living costs have repeatedly gone almost unaddressed in the country’s repeat elections — because whether Bibi was fit to stand for office, whether Gantz once saw a psychotherapist, and the perpetual threats of Iran and Hamas were evident ally more important than addressing the fact that more than 41% of the country is in overdraft.

But if my straw poll and social network are anything to go by, this is the hot-button issue facing young immigrants.

Paying almost $10 for a local lager in a Tel Aviv bar, as we’ve just discussed, is one thing.

But feeling like you will never own the roof over your head is an altogether more serious financial impediment.

Before you point out the obvious, yes, I am aware: Generation’s Y limited ability to get on the property ladder is not a uniquely Israeli problem.

But in a country with artificially inflated real estate costs from foreign demand, restrictive government policies around the private ownership of land, a high cost of living, comparatively low salaries, and downpayments that typically start at 25% — the only outcome of this grim calculus for many young immigrants is simply a lifetime of renting.

This, needless to say, is bad.

But Israel’s poor tenant protection law (an attempt to outlaw charging tenants agents’ fees has proven completely ineffectual) and the lack of professionally managed property in the country simply make this is a totally unsustainable situation.

For Israel to be the return to the Jewish homeland that so many Jewish generations dreamed of, those Jews that uproot their lives to come live here need to have a home they can call their own.

It’s time we recognized Israel’s smoldering housing crisis as the threat to Zionism that it is.

The few people that follow this blog (hello friends!) might remember my piece from about a year ago in which I bid a public goodbye to the Holy City.

Yeah … that sort of never happened.

Instead, in the interim, I have amassed one more year’s experience of living in Jerusalem.

And I have this to say as a result:

It’s time that Jerusalem stepped out from Tel Aviv’s shadow.

It’s time that Jerusalem stopped looking and feeling like a provincial European town.

And it’s time that Jerusalem stepped up to its status as Israel’s capital.

Jerusalem gets a lot of lip-service from Israeli politicians. There’s even a special Ministry of Jerusalem — now manned by a dedicated minister.

Don’t get me wrong: I like Jerusalem — if I didn’t I wouldn’t have stuck out five years here. But I think that it’s nowhere near fulfilling its potential.

And to reach that it needs:

I’ve written a little bit about some of the more unusual aspects of Israel’s culture.

Particularly the pervasive national fear of being a freier (sucker) — and how I think that it, in fact, has massively damaging repercussions.

Because when being nice or mannerly is perceived as being a freier nobody can be too nice or mannerly to a stranger — and the result is that a rather unkind, rude, and aggressive society develops around that belief.

I’ve also written about shitat mazliach (the “successful method”) and it and frierism tend to go hand in hand: such that one fears one’s peers labelling him a freier because one also fears that the other party may be chancing his/her arm.

This places out in shopping lines. In salary negotiations. And — to dramatic effect — in the chaotic state of the country’s roads.

After plenty of analysis, I think I get where this all comes from.

Israel’s early history was etched out in gruesome warfare and no doubt some measure of deception and mistrust was as valuable a survival skill as knowing how to dispatch an Uzi. The idea that Israelis can never give an inch — or admit to being wrong (for that, too, is a form of weakness— is often taken just a little bit too far.

If there’s any chance that we could agree to get rid of all that — that would be just lovely.

Please and thank you.

Customer service in Israel is getting better.

In the early days of my aliyah, when I lost my Rav Kav (national travel card) I had to get one replaced.

Paint was peeling off the walls. Stale smoke wafted in from the bus drivers nearby. And when I summoned up the nerve to interrupt her phone conversation, the woman manning the desk looked back at me quizzically — as if I had asked her to explain Einstein’s Theory of Relativity in university-level detail.

Three years later and the Rav Kav office in the Tahana Merkazit (Central Bus Station) is a shining beacon of efficient bureaucracy. Its clerks beam back ear-to-ear smiles at those that need their travel cards replaced, knowing that they are about to execute a well-oiled standard operating procedure —  and that’s if one needs to visit the office at all, because so much can now thankfully be done by computer.

Of course, I exaggerate on both accounts.

But I do remember the staff looking perplexed at what must be among the most routine of tasks which a travel card office can engage in. And it has vastly approved in both appearance and function in the years since. Dramatically so.

However, many Israeli businesses could still use a few refreshers on Customer Service 101. Those are that:

Things are getting better. But …. lee-at, lee-at as they say (slowly slowly).

Some Other Minor Gripes

And some other major wishes that didn’t merit their own sections.

What changes would you like to see in the Israel of ten years’ time?