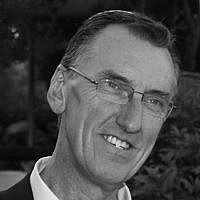 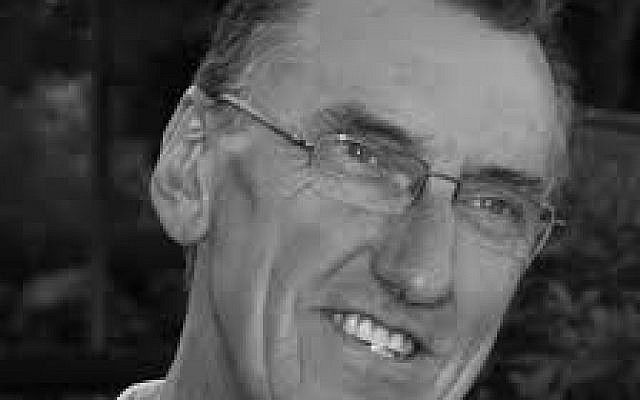 This is a true story and the reason that I decided to write it up is that the Corona crisis in Israel is spinning out of control not only because of misconduct by segments of the Israeli population who ignore government guidelines which are meant to prevent the plague from spreading.

As of now, 1656 Israelis have contracted the COVID-19 virus while three Israeli citizens died from it.

Compared to other countries especially in the West Israel is doing a better job in containing the crisis but over the past few days the number of Corona patients sharply increased and experts think that a nation-wide curfew is now the only solution to the disaster.

“There is only one solution: a dramatic reduction in the number of those infected, starting tomorrow, in order to halt the multiplication. Otherwise, within two weeks Israel could reach tens of thousands of people infected, and a week later 5 percent of them would fill up all the country’s ICU beds,” wrote Professor Ran Balicer, Director of Health Policy Planning for Clalit – Israel’s largest healthcare organization.

Balicer is one of the medical experts who call for a nation-wide ‘home quarantine’ as he calls it and between the lines, you could read criticism of the government that hasn’t done enough to improve the Israeli health system which is considered one of the most overburdened in the OECD.

Everyone who examines the data about Israel’s health system released by the OECD will see that the country is at the bottom of most lists.

Israel has 5.1 nurses per 1.000 people while the OECD average stands at 8.8 a difference of a staggering 70 percent. The data for doctors are slightly better with 3.1 doctors per 1,000 people in Israel and an average of 3.5 physicians in other OECD countries.

From here it is easy to understand why the staffs of hospitals in Israel are overburdened and as a result the chance that they make mistakes grows.

Over the past year I had to spend a lot of time in Israel’s first line healthcare clinics and hospitals in the center of the country and the northern periphery.

As somebody who worked as a male nurse for a very long time in the Dutch healthcare system I am able to judge treatment and the general workings of clinics and medical centers.

Let me first say that some of Israel’s finest people are working in the healthcare and they are doing a great job generally speaking.

This also explains why somebody who gets a heart attack in Israel has a better chance of surviving compared to other OECD countries and why Israelis live longer as the Health Ministry in Israel eagerly points out.

However, the pressure on hospital staff also causes mistakes which in some cases are fatal.

Veteran Israeli journalist Ruthie Blum recently cited a case of a Corona patient who was submitted to Ichilov Medical Center in Tel Aviv at a moment when it was already clear that a pandemic was developing.

The man was accompanied by his wife when he was submitted to the emergency ward of Ichilov and she demanded that her husband would be tested on Corona which the staff deemed unnecessary. Ichilov doctors then decided to hospitalize the man and treated him for lung infection in the hallway of a department because of a lack of place in rooms.

The next day, the man was released but after a few hours his condition worsened and his spouse took  him to Ichilov again where doctors again refused to test the man for Corona contraction. They again hospitalized the man and continued treating him for pneumonia in a corridor of the hospital.

It was only the next day the man’s daughter succeeded convincing the staff that her father should be tested on Corona and a test was finally conducted which proved the man was suffering from COVID-19 infection.

Last year, I was submitted to Ichilov after suffering a so-called Baro Sinus trauma attack after returning from Italy. It was an ordinary workday but the emergency department was overcrowded with people some of them very ill.

Waiting time for first aid was hours and some people lost patience after which a brawl erupted involving the security guard who openly declared that “the system was insane”.

When it was my turn for examination five hours had passed.

In the end, it was decided that I should undergo a CT scan to determine the cause of the Baro Sinus attack and I was released. Before I left, however, a doctor came up to me and told me that she had forgotten to conduct some tests after which she performed them in the waiting room.

A few weeks later I was back at Ichilov, this time to wake over a brain cancer patient who had slipped into a coma after receiving an experimental drug as part of a trial.

The patient was not able to judge over the medicines he received and on one occasion I noticed that he got a larger dose of medicine than was prescribed and prevented him from taking the pills.

The patient also wasn’t able to go to the bathroom alone during a period that he was suffering from incontinence. The medical staff left it to the people who were waking over the patient to shower him and to change his clothes something that turned into a drama because of resistance by the patient. No help was offered.

Fast forward in the first months of 2020 my wife fell ill and needed extensive testing of her lungs..

She had to undergo a lung function test at a Maccabi health clinic in Tel Aviv where a nurse was working feverishly to deal with several patients at the same time.

The computerized test went wrong at some point and the nurse panicked after which a doctor told her to stop the test and release the results notwithstanding the fact that the test hadn’t been completed.

Testing continued in the Baruch Padeh Poriah Medical Center when the Corona outbreak already had begun.

There were no preventive measures in the hospital such as masks and gloves while many doors in the medical center could only be opened by hand and not automatically as should have been the case.

In some cases there was no disinfecting liquid to clean hands in the area of these doors while no one who entered the hospital ward was at least tested on fever one of the symptoms of Corona disease.

The same lack of preventive measures I noticed at Ziv Hospital in the northern city of Tzefat during a PET  CT scan, my wife had to undergo.

Asked why the medical staff wasn’t wearing masks and rubber gloves a nurse answered that they felt it was unnecessary to join “this trend”.

This happened a little more than two weeks ago when the Coronavirus was already spreading in Israel and after the government already introduced these two preventive measures.

Then there was the confusing policy at a branch of the Maccabi health organization in Tiberias.

A week later the table was back, however, and a nurse asked me if I had a fever and had traveled abroad. Apparently, Maccabi didn’t think about purchasing the fever detector that is in use all over the world.

The Israeli Health Ministry on Tuesday announced that a little less than half of the Corona patients in Israel had contracted the virus while traveling abroad and 35 percent of the COVID-19 patients were infected in hotels and religious facilities.

The other 15 percent could have been infected in the medical facilities that were supposed to be the prime example of enforcing the now draconian measures to get the Corona crisis under control.

About the Author
Yochanan Visser is a freelance journalist and director of Missing Peace Information, an independent news agency. He wrote a book about the cognitive war against Israel in the Dutch language. In December 2014 he became the Middle East Correspondent of Western Journalism.com Arizona USA
Related Topics
Related Posts
Yochanan Visser
Comments