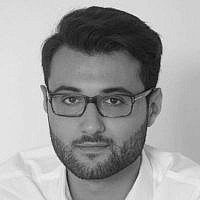 The Blogs
Hillel Portugais-de Almeida
Apply for a Blog
Advertisement
Please note that the posts on The Blogs are contributed by third parties. The opinions, facts and any media content in them are presented solely by the authors, and neither The Times of Israel nor its partners assume any responsibility for them. Please contact us in case of abuse. In case of abuse,
Report this post.

The current Israeli political system has shown many weaknesses and needs to be changed in order to ensure democracy and justice for all Israeli citizens. The political crisis that is still going on in the country has only brought attention to these problems and the urgent need for change.

The current system favors large political parties and allows small parties to have an outsized influence in forming governing coalitions. This has led to frequent political instability and weak, ineffective governments. In addition, the single-round electoral system has also been criticized for its lack of representativeness, as it allows candidates to win parliamentary seats with a low majority of votes.

To address these problems, it is necessary to implement a more democratic and inclusive political system. One potential solution is the adoption of participatory democracy and the election of local members of the Knesset, similar to the German Bundestag election system. In Germany, citizens elect local members of the Bundestag who represent their interests and concerns at the national level. This system makes it easier for people to talk directly to their representatives and builds trust in the government.

The implementation of such a system would have several benefits. Firstly, it would allow citizens to directly choose their representatives at the local level, enhancing citizen participation in politics and increasing the accountability of elected officials. This could also help resolve local conflicts and address specific issues in individual communities.

Then, the election of local members of the Knesset would also help to ensure that the voices of all citizens are represented at the national level. This could help to prevent the formation of weak and unstable government coalitions and ensure that the government reflects the will of the people.

Finally, the adoption of participatory democracy mechanisms, such as local referendums and citizen assemblies, could also help to strengthen trust in political institutions. These mechanisms allow citizens to directly participate in decision-making processes and have a say in the issues that affect them. This could help address the sense of disconnection and disillusionment that many citizens feel towards the political system.

Moreover, the resolution of trust in the political system in Israel requires a shift towards a more democratic and inclusive system. The adoption of participatory democracy and the election of local members of the Knesset, similar to the German model, could help resolve local conflicts and strengthen trust in political institutions. This would enhance democracy and justice for all citizens and contribute to a more stable and effective political system in Israel.

The political courage needed to reform the Israeli election system has also been recognized by Israeli citizens and civil society organizations. Many called for the adoption of a more democratic and inclusive political system, including the election of local members of the Knesset and the implementation of participatory democracy mechanisms. This support demonstrates the potential for a more democratic and stable political system in Israel and the need for political courage to achieve it.

Reforming the Israeli electoral system isn’t only a necessity for a more stable government but also for the survival of the Jewish people in their homeland and to ensure greater representativeness of all its citizens. We could also think about adopting a two-round electoral system, which would require candidates to reach a higher threshold of votes to be elected and allow electors to have a deeper look into candidates’ manifestos.

In conclusion, the Israeli political system needs to change and reform itself to address the ongoing political crisis in the country. Local elections and more people taking part in politics would make the political system more representative and accountable. This would help all Israelis build a more just and democratic society.