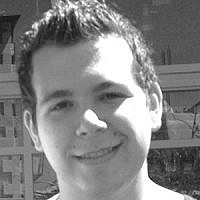 The Blogs
Harry Benjamin Dardashti
Apply for a Blog
Advertisement
Please note that the posts on The Blogs are contributed by third parties. The opinions, facts and any media content in them are presented solely by the authors, and neither The Times of Israel nor its partners assume any responsibility for them. Please contact us in case of abuse. In case of abuse,
Report this post.

The creation of the universe has been the subject of curiosity and conjecture since the emergence of the first human civilizations in ancient Mesopotamia. It has plagued and puzzled the minds of every civilization since then, each one with its own beliefs of the beginning and passing of time, especially regarding the mystery of man’s origin. The subject of the identity of the creator, perceived through various perspectives, has been a source of both potential answers as well as further questions – specifically regarding the creator’s relationship with man.

Many of the myths transcribed into literary works by writers in their given time period, such as Hesiod’s Theogony and Works and Days, and the technically unknown author of Genesis, have also interpreted the creation of man to imply a certain relationship between the creator in question and mankind.  The why, when, or how men and women were created reveals much about the relationship between human beings and gods or G-D in that culture.

Genesis implies a benevolent and loving relationship between G-D and man and illustrates a vivid picture, as well as a personification of G-D, creating man carefully and thoughtfully. As it is written, “Then the L-rd G-D formed man from the dust of the earth ground,” as with his own hands, “and breathed into his nostrils the breath of life,” as with his own lungs and mouth. The story continues, noting G-D provides him with companions in the forms of animals and later the first woman so he would not be “alone.” In contrast, Theogony and Works and Days depict a world in which the Greek god’s relationship with man is tenuous at best.

Hesiod gives no indication of the origin of the creation of man and, as opposed to the story in Genesis in which Yahweh creates the first woman as a companion for man, Zeus orders the creation of the first woman with the intention of punishing man, implying there is little to no relationship between the Greek gods. After Prometheus attempts to trick Zeus, Hesiod writes, “But Zeus in the anger of his heart hid fire, because Prometheus the crafty god deceived him; therefore he planned sorrow and mischief against men;” this “sorrow and mischief” Zeus inflicts upon man is in response to an unsuccessful attempt at chicanery perpetrated by a trickster god. Man has no involvement in the affair, but Zeus feels it necessary to punish man in order to punish Prometheus, indicating both a blatant disregard for the safety and well-being of mankind as well as a willingness to impose strife and struggles for the purpose of punishing other gods.

If there is a relationship between the Greek gods and man, it is purely contingent upon the gods’ moods, as opposed to a genuine concern for the welfare of humans.  In sharp contrast, Genesis implies Yahweh’s compassion for men, especially in the manner in which he creates and introduces the first woman.

The presentation of the first woman is a key point of interest in each civilization’s rendition of creation, and, in the case of the Israelites and the Greeks, each entity has its own perspective of how and why women would have been created.  Genesis explains women are created as a companion for man so he is not lonely in a world inhabited by animals.  As it is written, “The man gave names to all cattle, and to the birds of the sky, and to every animal of the field; but for the man there was not found a helper as his partner… He made into a woman and brought her to the man.” Because of Yahweh’s close relationship to man, He feels both empathy and sympathy for His creation; He therefore creates the first woman so man would not feel the sorrow of absolute loneliness.

Contrary to the Israelites’ perspective, Greek mythology depicts women as an inherently evil, malevolent curse upon mankind. Moreover, as mentioned earlier, Greek creation myths contend that Zeus sent the first woman, Pandora, to earth purely as a punishment to men in order to vicariously punish Prometheus.  Aside from paying tribute to Zeus’s disconnection from man, it also establishes the notion of women as the corrupt embodiment of all evil, going so far as to suggest they are the reason for the burdens, strife, and agony associated with life. After Pandora is created, all the gods on Olympus bestow a trait upon her.  They were the traits of deceit, curiosity, thievery as well as beauty.

This depiction of the divine figure from which women originate according to Greek mythology, is a clear implication of the Greek culture’s disposition towards women as well as a drastic difference between the Greek and Israelite civilizations. Whereas the Greeks view women as the reason for mankind’s vice, the Israelites perceive women to be the reason for mankind’s existence. These conflicting opinions are particularly evident in the two cultures’ sentiments and beliefs towards the woman’s actions leading up to the supposed mistake each woman makes, and the repercussions thereof.

Following the theme of His connection with man, Genesis illustrates the afflictions of human kind as chastisement for disobeying His command; it is a direct response to man and woman’s blatant transgression against Him. After the Serpent tricks Adam and Eve into eating from the Tree of Knowledge of Good and Evil, Yahweh says to Adam, “Because you have listened to the voice of your wife, and have eaten of the tree about which I commanded you, ‘You shall not eat of it,’ cursed is the ground because of you… until you return to the ground for out of it you were taken; you are dust, and to dust you shall return.” Yahweh is not attempting to seek vengeful closure for being deceived by another deity, nor is He using man as a scapegoat for his own displeasure. Instead, Yahweh is teaching Adam and Eve a lesson in consequences for their actions, since both committed the transgression and both are responsible; there is no gender bias in His judgement as Adam and Eve are both held accountable.

However, contrary to the Israelites’ conception of the creation of women, the Greeks perceive Pandora to be the root of all evil.  Instead of creating women to bridge the gap between Himself and man, Zeus perpetuates the disconnection by designing women to be an ordeal for men by having placed Pandora in a situation in which she unknowingly unleashes all the plagues and plights of mankind by opening a jar containing these afflictions, with no particular purpose presented. She was but a pawn in Zeus’s scheme.  Contrary to the Greeks, however, the Israelites contend women to be Yahweh’s blessing for men, the true gift for mankind; it is this difference in the views on how and why the first woman is created, which establishes the connection, or lack thereof, between G-D and human beings and the Greek gods’ and man.

The varying beliefs behind how and why women are created is the fundamental difference between the Greek and Israelite culture, especially when considering the notion of any type of connection between the divine and mankind. G-D’s connection to man is mostly contingent upon the image of women painted in these works. Whereas Yahweh creates Eve to be a companion for Adam, thus bolstering His bond with man, Zeus creates Pandora to unleash the terrors all humans must endure.

When Yahweh punishes Adam and Eve, it is because both have disobeyed him, so both are judged equally; in Pandora’s case, she is already the punishment, embodying all evil while also releasing it into the world. Perhaps the author of Genesis is implying the reason for man’s existence, while Hesiod is trying to rationalize human suffering despite the presence of omnipotent gods. Regardless of the authors’ motives, in either scenario, the connection between Yahweh and the Israelites, and the disconnection between Zeus and the Greeks, is fostered with the creation of women.

About the Author
Harry Dardashti is a recent graduate of Florida State University where he received a BS in Economics and Middle Eastern studies.
Related Topics
Related Posts
Harry Benjamin Dardashti
Comments