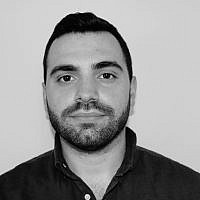 The international community must demand that the Islamic Republic of Iran stop covering up for those accused by the Argentine justice system.

The reactivation of the Joint Comprehensive Plan of Action between the United States, the European Union and the Islamic Republic of Iran must include among its points to be discussed the need for Iran to hand over those responsible for the AMIA bombing in Buenos Aires.

On July 18, 1994, a suicide vehicle exploded in front of the AMIA headquarters located at 633 Pasteur Street in the Autonomous City of Buenos Aires. For the second time in two years, Islamic terrorism acted against the South American country because of its defenselessness and on the questionable grounds of having interrupted the nuclear contracts with the Islamic Republic of Iran.

The investigation of the AMIA Case determined in 2006 that the intellectual authors had been officials of the highest levels of the government of Tehran and that the perpetrators had been the Lebanese Shiite group Hezbollah, the Party of God, which is the armed force of the Islamic Republic in Lebanon. There are those who maintain that the elimination of Abbas Al-Musawi was another reason for Iran to attack Argentina.

In 2015, the Prosecutor of the AMIA judicial case, Natalio Alberto Nisman, denounced the President of the Argentine government and her Foreign Minister, Cristina Fernández de Kirchner and Héctor Timerman, as part of a criminal conspiracy that planned to erase evidence against Iran through trade agreements, which included Iranian oil, and the elimination of Interpol’s red circulars through the Memorandum of Understanding signed in 2013 between the two governments and with meetings in Syria. On January 14, 2015, Nisman’s complaint was filed in court and, in view of the public commotion due to the institutional seriousness of such accusation, he was summoned to expand on the evidence on Monday, January 19 at 3 p.m. at the Criminal Affairs Committee of the National Congress.

On January 15 and 16, Alberto Nisman was harassed and threatened by officials, close associates of the national government he had denounced and by marginal characters also involved in the accusation: Deputy Diana Conti, from the governing party, Luis D’elía, Aníbal Fernández, Fernando Esteche and others. The prosecutor was ridiculed for his denunciation, strongly criticized in the official and state-funded media and even publicly threatened. It should not be forgotten that Alberto Nisman had already received threats for his denunciation and had a fatwa signed in Iran.

January 17 was Saturday and prosecutor Nisman had been working all day on the evidence he was going to present on Monday. No one, not even the government, knew what evidence Nisman had that could, or could not, implicate President Kirchner and her Foreign Minister Timerman to a greater extent: were there wiretaps, films and records, visits of Argentine officials to Teheran?

On the same day, 89 spies of the Argentine intelligence services, then under the national government, were prowling around the house of prosecutor Nisman in the Le-Parc Towers. This day thousands of calls were registered among them, and they were directed to Fernando Pocino and Juan Martin Mena, who is currently the deputy minister of justice of the nation.

That same Saturday, while Nisman was being followed by intelligence spies, in the Casa Rosada, Argentina’s government house, a fire affected the records of entry and exit to the Casa Rosada for the last five years, including the negotiation of the Iran Memorandum. The wiretaps and evidence that Nisman was going to present on Monday, January 19 can never be contrasted with the entries to the Argentine government house.

On January 18, 2015, hours before the presentation in the National Congress, the prosecutor Alberto Nisman was found dead shot by a 22 Caliber Bersa pistol. The crime scene was soiled, national government officials were present, such as the Secretary of Security Sergio Berni, very close to the main accused Cristina Fernandez de Kirchner, and no further evidence that could have been important to solve the crime was collected. The court case even states that the air conditioning in Nisman’s house was turned on, changing the ambient temperature of the crime scene.

With suicide ruled out, as of 2018 the Argentine justice system is investigating the murder of the national prosecutor of the AMIA Case. So far, Diego Lagomarsino, owner of the Bersa 22 caliber pistol, and Nisman’s custodians have been indicted. Without being able, so far, to reveal who was the intellectual and material author, it is possible to affirm that the prosecutor Nisman was murdered because of the denunciation he had made days before against Cristina Fernández de Kirchner and other officials of the national government for the cover-up of the AMIA bombing.

In July 2015, a few months after the assassination, the Islamic Republic of Iran signed the JCPOA with China, France, Russia, the United Kingdom, Germany, and the United States in Vienna. The agreement, which gave Iran greater economic resources in exchange for abandoning the military scope of its nuclear program, was reneged on before the formal withdrawal of the United States in 2018 by the Persian country.

The current negotiation for the reactivation of the Agreement is an opportunity for the world to observe the damage capacity that Iran will have with greater resources to transfer to its proxies in Lebanon, such as Hezbollah, in the Gaza Strip with its support to Hamas, groups also linked to Lebanese Shiism in the Triple Border (Paraguay, Argentina, Brazil) or the Huthies in Yemen. It is estimated that the agreement will allow Iran, a country that promotes and sponsors terrorism, to access more than 100 billion dollars and sell 2.5 million barrels of oil per day.

The Ayatollah Regime, present in Iran since 1979, is also a repressive regime against Iranians. The censorship of information and the repression against dissidents make it one of the countries with the least freedom and the greatest violation of human rights in the entire region. It is also a serious threat to its neighboring countries, in general, but especially to the State of Israel: in the words of Ahmadinejad, other political officials and Shiite clerics, they will seek not only the elimination of Israel but of the Jewish People. They disregard the Holocaust, mock the more than 6 million human beings killed and encourage the targeting of civilians from Gaza or southern Lebanon by Hezbollah rockets.

The United States and the European Union cannot negotiate or give a financial lifeline until Iran commits to stop sponsoring international terrorism. Nor can they negotiate without demanding that the government of Tehran cooperate with the Argentine justice system to arrest the five Iranian citizens wanted by Interpol, among them Mohsen Rezai, Iran’s vice-president for economic affairs, and a Lebanese citizen. It has been 28 years since the bombing in Buenos Aires and the Islamic Republic of Iran has never approached Argentina through judicial channels as it did through political channels when it found the possibility of gaining its impunity with the signing of the 2013 treaty.

The world should not ignore the damage that Iran causes by financing terrorism and sponsoring armed groups that operate even outside the Middle East and are beginning to connect with organized crime groups in Latin America.