People, including Jewish public figures, called me a “kook” in 2015 when I clearly pointed out that as then-President Barack Obama was orchestrating the original Iran Nuclear Deal, we were reliving pre-Holocaust Europe. 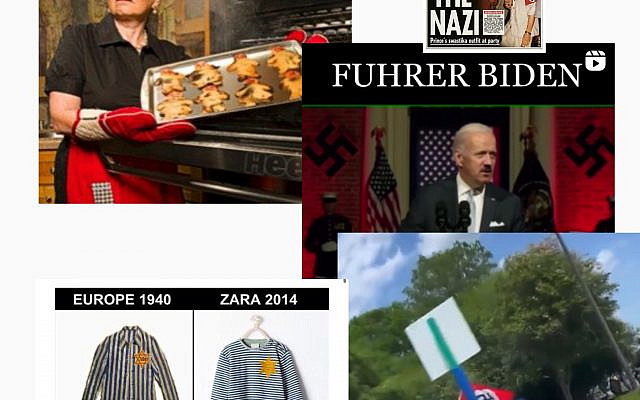 Compiled By Grosz via Social Media

Now, seven years later, I am sorry to suggest that I wasn’t such a kook.  Those who mocked me then are now reaching out for help.

In 2022, The Anti-Defamation League has been reporting that New York leads the nation in anti-Semitic incidents in 2021, with a 24% jump over 2020. And by 2023, the percentage will be higher.  Across the country and around the world, Jews are the number one target of hate crimes.

Alarming rates of Jewish hate crimes didn’t start overnight, but Jews and others did little to stop it.

A huge amount of Jewish hatred stems from the adulation of Adolph Hitler and the misrepresentations of Nazism “normalized” for years in our culture and entertainment.

Here is the truth.  It wasn’t funny in 2005 when Prince Harry wore to a “colonials and natives” costume party dressed as a Nazi.  The British tabloid, The Sun, published a photo of the prince wearing a swastika armband and a desert uniform similar to those worn by Erwin Rommel’s German Afrika Korps.  His great grandmother, Princess Alice of Battenberg, is buried in Jerusalem, and was recognized by Israel’s Yad Vashem Holocaust Memorial as a “Righteous Among the Nations” and by the British government as a “Hero of the Holocaust.” While Princes Charles and  William have visited her grave, Harry hasn’t publicly, if at all.

It wasn’t funny when Siggy Flicker, daughter of a Holocaust survivor, left the Real Housewives of New Jersey reality show after an incident regarding Flicker’s costar, Margaret Josephs.  In the scene, Josephs responded in an argument as she looked at Flicker and said, “But Siggy, Hitler would have not killed me. Does that make him a good person?” Flicker hasn’t been seen on reality television since, but Josephs wasn’t disciplined, instead elevated to a more visible part on Bravo TV.

Since 2007, clothing retailers  Zara and Loewe have had several controversial lines of clothes and accessories featuring swastikas and garments resembling prisoner pajamas, which had to be removed from stores. Who thought this was necessary as fashionable in the first place?

Social media influencers have confused Hitlermania with Beatlemania, making it trendy to joke about the extreme fascist group like the musical group of the past.

There are laws that protect freedom of speech. We need to question, when it it okay to idolize a murderer and movement filled with hate, discrimination and violence?  Why is it okay to idolize Nazism and deny the extermination of innocent victims especially at a time when it is not okay to idolize slave owners or human trafficking leaders?

How are schools educating students about the Holocaust?  Are they minimizing lessons or rewriting history? One teacher explained to me that she teaches the Holocaust every year to her high school students by assigning reading and writing tasks about The Diary of Anne Frank.  That is not teaching about the gas chambers, death marches or stealing of Jewish businesses, possessions or breaking up families, simply because they were Jewish.

Holocaust lessons and anti-Semitism should be taught as the worst kind of human treatment of one another and not a lesson in multicultural acceptance.  Appropriate lessons should scare those not to hate anyone or they could become the victim of a hate crime or worse.  Instead, our youth are taught to place blame on Jews and insight violence because they see no consequences for bad behavior in news reports and social media videos.

This is why today’s obsession of Hitler and Nazis is trending.  It is why President Biden or anyone affiliated with the Democratic Party thinks sounding like Fascists and creating legislation where governments control your food, your education, your job and deciding how you live, even making you guilty before you are found innocent in a courtroom is so acceptable for so many.

Honest historians see the similarities of this government today to Europe in the late 1920s and 1930s.  Public anger, high costs and the need for scapegoats led to the worst kind of anti-Semitism ever.

Add to concentration camps the addition of nuclear weapons, international communication instantaneously, Israel surrounded by Palestinians and other enemies, the international boycott, divestment and sanctions movement, Black Lives Matter and record numbers of illegal weapons and drugs on the streets and Nazism looks like an answer to solve problems for anti-Semites and anti-Zionists.

Jews must unite to fight Hitler adulation NOW.  This is non-negotiable and nonpartisan.  Instead of hiding our Jewish pride, we must wear our Jewish stars and yamulkes.  We must fund our organizations instead of helping every other cause first.  We must improve public and private education.  It’s time for teachers to join forces and call out lies in the curriculum without retaliation and fear.  It’s time for lawyers to bring class action lawsuits.  It’s time to call out those in both major political parties who constantly use Hitler as a reference or stand with anti-Semites at rallies and events.

Nazi sympathizers today claim Jews own Wall Street, the media, Hollywood and Fashion.  They even claim we own the Biden administration which is debatable given the policies towards Israel, their silence against Jew haters, their relationship with the teachers unions supporting critical race theory (seemingly anti-Semitic) and their aggressive leadership for a Iran Nuclear Deal.  We have the power to fight Nazi adulation and use our influence to end Hitler idolization with own money, own voices and our voting powers.

This is not a religious issue, not an Israeli issue or not a Sephardic or Ashkenazi issue.  It’s the Jewish issue of survival.  History teaches us that Jews have survived torture, slavery, exile and Nazism in the past. Times are different.  We can not say that this anti-Semitism and Hitler adulation is just a phase.

We can not take our past for granted if we want a future. 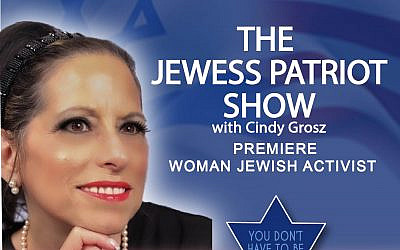