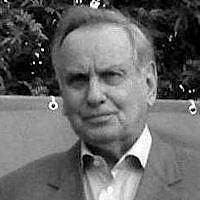 The Blogs
Zalman Shoval
Apply for a Blog
Advertisement
Please note that the posts on The Blogs are contributed by third parties. The opinions, facts and any media content in them are presented solely by the authors, and neither The Times of Israel nor its partners assume any responsibility for them. Please contact us in case of abuse. In case of abuse,
Report this post.

Last week, the committee charged with selecting the Jewish Agency’s next chair announced that the process has been extended “until the most suitable candidate is found.” The Israeli public and world Jewry, which have been following the race for this highly sought-after position with “bated breath,” faces yet another delay in its ability to breathe freely. To tell the truth, none of the finalists are especially inspiring (the outlier candidate, General (Res.) Uzi Dayan, was disqualified for some reason); we can only longingly recall such earlier Jewish Agency heads as Natan Sharansky and Isaac Herzog.

Although I’m not one of those who view the Jewish Agency as an anachronistic institution that should be dismantled, I do feel that it is right, and even urgent, for the organization to be shaken up and revitalized, and for its role to be redefined. Too often JAFI, in addition to being a landing pad for second-order politicos or a last stop for distinguished pensioners, has served as a source of funds and jobs for frameworks under its control, such as the JNF, and as a haven for local party hacks. In the short time I served as chair of the World Likud – the body that sends its representatives to the Jewish Agency’s Board of Governors – I realized, before resigning in disgust, that most of its functionaries are motivated not by ideology or even politics, but rather by the broad discretion they enjoy for securing budgets and, again, jobs.

It sometimes seems as though the Jewish Agency has been in quest of new functions ever since its pre-state leadership role was superseded by Israeli independence – the inverse of Pirandello’s Six Characters in Search of an Author. Yet, precisely in these tense times, the Agency has important roles to play in fostering Jewish unity and combating the enemies of the Jewish people – particularly in light of antisemitism’s spread throughout the Western world, including the United States, on both left and right.

The most recent Amnesty International report is part of this as well. While antisemitism on the radical and neo-Nazi right, though violent and thuggish, is mainly local and non-institutionalized, the antisemitism of the American left, concentrated within the progressive and pro-Palestinian wing of the Democrats in Congress, is organized and informed by clear political goals. A book recently published in the US, Hitler’s American Gamble, relates Hitler’s unwavering belief that “world Jewry” had conspired with President Roosevelt to destroy Germany, and that its annihilation could counteract American intentions against him.

Without carrying the analogy too far, today’s antisemitism, especially in the United States, aims to undermine American public and political support for Israel, and to call into question Israel’s right to exist. This prospect entails a far broader and more determined effort on the part of American Jewry, especially given that the poison of antisemitism and Israel-hatred has also been permeating certain strata of the Jewish community itself, its younger generation in particular.

The Jewish Agency, as a foreign entity, cannot openly spearhead this struggle – that is the task of the local Jewish organizations – but it can provide backing and ideological guidance, in addition to the educational activity that it is meant to cultivate. Not only does Jewish solidarity and the will to survive entail vigorous activity on the part of both the Diaspora Jewish organizations and Israel, but the Nation-State Law passed by the Knesset has tasked Israel with the duty to address problems facing Diaspora Jewry – especially given that the status of American Jewry has clear implications for the status of Israel itself.

The Jewish People Policy Institute, which was founded a number of years ago by the Jewish Agency and exemplifies the Agency’s positive aspects, has just approved a detailed plan of action for coping with the aforementioned urgent challenges – among them, maintaining Israeli-Jewish cohesion. Strengthening Israel’s centrality in Jewish life, precisely in the face of these challenges, is a necessary condition not only for winning the fight against antisemitism, but also for the Jewish people’s survivability in the Diaspora. This should be regarded as the basis of activity for a revitalized Jewish Agency.