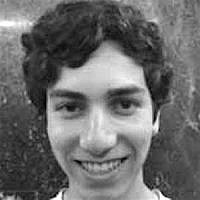 The Blogs
Yosef Kessler
Apply for a Blog
Please note that the posts on The Blogs are contributed by third parties. The opinions, facts and any media content in them are presented solely by the authors, and neither The Times of Israel nor its partners assume any responsibility for them. Please contact us in case of abuse. In case of abuse,
Report this post.

In recent years, many American Jewish organizations have worked to shut down dissent in the name of protecting and supporting Israel. Indeed, the Israeli government itself recently enacted a ‘dissenter ban’ barring people from entering the country on the basis of their political views.

Yet my love for Israel does not undermine my commitment to open discourse, pluralism, and inclusion — values that are pillars of intellectual honesty and the Rabbinic tradition. Rabbi Hillel himself provides a model for pluralistic Jewish discourse and Jewish community. Hillel always addressed his rival Shammai’s halachic (Jewish legal) opinions before giving his own. The Talmud says that although the house of Hillel and the house of Shammai disagreed and arrived at opposite halachic rulings, both expressed the words of the Living God. Theirs was a machloket l’shem shamayim, an argument for the sake of heaven.

Following in the Jewish tradition of open discourse, some of early Zionism’s most prominent figures promoted radically different visions of the Zionist project. Theodore Herzl founded Political Zionism, the belief that Jews could only gain acceptance in the world by creating a State. Ahad Ha’am rejected the need for a state, and instead asserted that Jews should return to the land of Israel for a cultural renaissance. Judah Magnes, the founder of Hebrew University, advocated a binational state between the Jews and Palestinians.

The Zionist debate of competing ideas and aspirations should continue even now, after the creation of the State of Israel, both in Israel and in diaspora communities. To promote such conversations, at Hunter College, I founded a club called Visions for Israel in an Evolving World (VIEW) that aims to foster deeper commitment to Israel while embracing pluralism and open discourse. We welcome the voice of anyone who cares about improving the lives of Israelis, Palestinians and others in the region. Our openness has enabled us to hold productive discussions between people and organizations with different perspectives on Israel-Palestine. On April 26, we hosted a panel with representatives of Zionist Organization of America, a right wing Zionist organization, and J Street U, a liberal Zionist organization that advocates for American leadership for a two-state solution. Our commitment to open discourse has also allowed us to have productive conversations with non-Zionist students.

Unfortunately, Hillel International, the Foundation for Jewish Campus Life, has enacted policies that undermine the values of its namesake. It imposes litmus tests for what views on the Israeli-Palestinian conflict are acceptable for its members and clubs. Under Hillel’s Standards of Partnership, for instance, advocates for solutions resembling Judah Magnes’ binational state, or Ahad Ha’am’s cultural but not political homeland would likely be barred from speaking at Hillel.

Hillel’s Standards don’t just limit the Israel-Palestine conversation; they also prevent Jewish students from engaging with a range of crucial social and political issues. Last month, these Standards of Partnership led Hillel to expel Bnai Keshet, Ohio State University’s sole Jewish LGBTQ group, for participating in a fundraiser for refugees. B’nai Keshet co-sponsored this fundraiser alongside 15 other student and community organizations, including Jewish Voice for Peace, a Jewish group that stands in solidarity with Palestinians. Since it was expelled, B’nai Keshet can no longer receive material support from Hillel, use Hillel space or receive subsidized kosher meals for its events.

Hillel’s decision to expel B’nai Keshet reminds us how much power a few mega-donors have over the Jewish community. These mega-donors seek to impose their views of “correct” perspectives concerning Israel. For instance, as OSU Hillel expelled B’nai Keshet, it also accepted a $73,000 donation from Mosaic United, a $66 million program that aims to combat “critical discourse” on Israel and promote a narrow and exclusionary vision of the Jewish family. By partnering with Mosaic, Hillel is alienating many Jewish students who see either their Jewish identity, views on Israel, and commitment to social justice causes as at odds with Hillel. Hillel risks shutting these students out of the Jewish community.

Many Jewish community members don’t share Mosaic and other mega-donors’ particular views on Israel — or American politics. Some of us do, and some of us do not yet know enough to form an opinion and are interested in learning more. Yet regardless of our own views on Israel, we all deserve Jewish communal institutions that empower us to ask questions and to learn from each other. Hillel would better serve Jewish students if it would work for us rather than for its donors.

Across the country, from Wesleyan to the University of Illinois, student groups have held solidarity shabbats in support of B’nai Keshet. Hundreds of people have sent letters urging OSU Hillel and Hillel International to reinstate B’nai Keshet. During Passover, I helped lead an Open Hillel rally in New York to affirm the wider Jewish community’s support for B’nai Keshet and call on Hillel to drop its Standards of Partnership as well as its $22 million partnership with Mosaic United.

In a world where too many mega-donors try to set a narrow and exclusionary vision for Hillel and the Jewish community, we put forth a different vision.

We envision a Hillel that allows all students to think for themselves and have important conversations on Israel. These conversations are a machloket l’shem shamayim.

We envision a Hillel that supports the activist work of its Jewish students whether they attend the AIPAC conference or protest outside the convention center.

We envision a Hillel that empowers Jewish students to build bridges with the wider campus community, as B’nai Keshet has done.

I am inspired by the students and community members around the country who are fighting for pluralism and open discourse. I know that we can reclaim our Jewish community to be a place where, despite our differences, we can sit as siblings together.

About the Author
Yosef Kessler is a sophomore at Macaulay Honors at Hunter College pursuing a degree in Political Science. He loves discussing Israel, long-distance running, and playing Settlers of Catan.
Related Topics
Related Posts
Comments