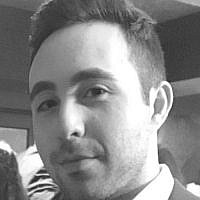 The Blogs
Yossi Hertz
Apply for a Blog
Advertisement
Please note that the posts on The Blogs are contributed by third parties. The opinions, facts and any media content in them are presented solely by the authors, and neither The Times of Israel nor its partners assume any responsibility for them. Please contact us in case of abuse. In case of abuse,
Report this post.

As the beginning of another Jewish year peeks around the corner, I find myself reflecting on my first four months with the Jewish Federation of Rockland County and just how much justice is an implicit driving force of our common mission.

This week’s Torah portion features one of the most famous passages in the entire Torah- “Tzedek, tzedek, tirdof.” “Justice, justice shall you pursue.” The great medieval commentator Rashi comments that ‘tzedek’ refers to the need to establish just courts of law. Yet one of the most common questions asked by commentators about this passage is why the word “justice” is used twice. One answer given by Rav Elya Meir Bloch, founder of Telz Yeshiva in Cleveland- is that the pursuit of justice must itself be done through just means. On a simple level, this is a cautionary warning against utilitarian ethics; that righteous ends do not justify immoral means. However, it also indicates that the pursuit of justice is an active process. While there is no justice in anarchy, and justice should be inseparable from ‘the rule of law,’ courts nevertheless do not constitute justice simply by virtue of their existence. They must also adjudicate in a just manner- or else risk performing only part of their proper function.

The pursuit of justice is a defining feature of the Jewish people; yet I have long struggled with the fact that our wider efforts towards global justice often seem to go unappreciated by the rest of the world. From my time as student president of Hillel of Rockland through my years as a professional in the Jewish non-profit world, my personal activism representing my Jewish community has been illuminating. It has shown me how competing concepts of justice can actually bleed into modern antisemitism. Engaging in frank conversations about laws that have formed structural oppression and injustice is often callously framed by some as unpatriotic. Conversely, the notion that the ‘rule of law’ is itself a form of inherent justice is suspiciously seen by  others as justification for structural and systemic oppression.

I’ve confronted accusations that our pursuit of universal equality means that we Jews seek to undermine that which “makes America great”, and also been harangued that as Jews we’ve benefitted from the ‘rule of law’ and that in the name of ‘justice’ our ‘privilege’ should compel us to acknowledge our ‘complicity’ in the oppression of minority groups “from Ferguson to Palestine.” But acts of injustice against Jews are at the same time largely ignored. Just this week, Eyal Haddad was shockingly and brutally murdered in France by his roommate – seen on social media burning an Israeli flag – for the explicitly stated reason that he was a Jew. The societal & media silence around this heinous act has been deafening, making it seem as if we Jews are once again on the outside of justice looking in. Is our pursuit of justice thankless? Why bother seeking to universally apply our unique Jewish values, I catch myself asking, when the global response may at times send us scrambling for shelter instead?

Yet balancing our universal and particular values, and bridging seemingly contradictory notions of justice – an ability that the world has historically struggled to understand about us – has become our lasting strength as a People. Rabbi Akiva stated in Ethics of the Fathers (3:14), “Beloved is humanity, for it was created in God’s image… Beloved are Israel for they are called God’s children.” The late Rabbi Jonathan Sacks stated in more modern terms, identifying the distinctiveness of our people’s common religious practice, “Judaism is a particularist faith that recognises the universality of the human condition.”

Our stubborn insistence in continuing our distinct traditions, and our trust in the diverse Jewish paths that our parents walked and their parents forged before them, inspires us to grapple with countervailing forms of justice- and yet to pursue justice regardless. Perhaps this is the year we won’t feel unwanted in the ranks of those who seek justice. I hope it is, but I don’t hold my breath. ‘Af al Pi Ken’ – ‘even so’, as our tradition says, it is precisely the universal values of justice that propel our continued existence as a people.

May our new Jewish year be filled with both particular love for the Jewish People, as well as the pursuit of universal justice. Shabbat Shalom.

About the Author
Yossi Hertz is the Director of Community & Donor Relations at the Jewish Federation of Rockland County, and a former Regional Advisor for Hasbara Fellowships. He began his activism as the student president of Hillel at Rockland Community College, after he which he co-founded the Students Supporting Israel chapter at City College of New York while completing a double major in Middle Eastern History and Political Science. He is currently completing a Masters degree in International Law from the Hebrew University of Jerusalem.
Related Topics
Related Posts