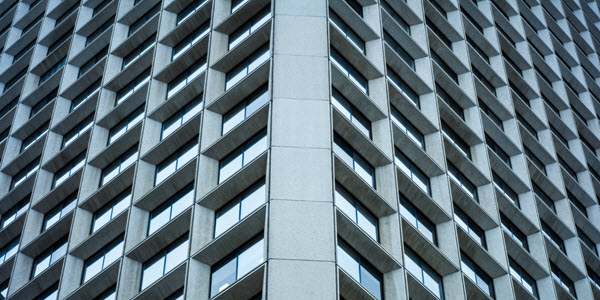 We’re more affected by architecture than we might want to believe. The built environment conditions our thoughts and behaviors. Every building sends a message.

I have personal experience with totalitarian architecture. Argentinean juntas didn’t build huge buildings (mostly because they embezzled the money allocated for that), but they did renovate many Buenos Aires squares and parks. One of the most emblematic is Plaza Bernardo Houssay, tucked amid University of Buenos Aires buildings. The junta redesigned this space to make it impossible for students to stage demonstrations. The square was filled with irregular steps and levels. A water basin and a new church were built to leave no room for large crowds on the lawn. Beautiful Art Nouveau benches were replaced by uncomfortable concrete seats, placed so as not to face each other. Ancient jacaranda trees were uprooted, making it unappealing for students like me to fraternize under the baking sun. The traditional Spanish square, which serves as a focal point for diverse people to meet, chat, play dominoes, and philosophize, was no more.

The Jewish people is not particularly known for its architectural exploits. Our most important building in the world is a patched-up, badly eroded wall. Yes, there are great individual Jewish architects, but as a people, words are our forte — not bricks. As we celebrate Sukkot, however, suddenly Jews are forced to become architects. And it’s worth asking: if a building always sends a message, what does the sukkah tell us?

The Jewish tradition ascribes two contradictory messages to the sukkah. On one hand, it’s a flimsy structure, with an incomplete roof that doesn’t even keep out the rain, perhaps about to fall in on us at any moment (especially if you are as skilled a builder as I am). On the other hand, the sukkah is a symbol of God’s love and protection (“Extend over us your canopy [sukkah] of peace”).

So which is it? Does the sukkah immerse us in fragility or in strength?

As is so often true in Jewish dialectics, the answer is both.

How a sukkah can at once embody vulnerability and protection? Here’s a clue: the sukkah is precisely the opposite of totalitarian architecture.

The totalitarian builds imposing facades — permanent, rigid, impervious to the elements, industrial in materials, impersonal in style, grand in scale, and featuring vertical levels to indicate hierarchy. The totalitarian builds to destroy tradition and grassroots community, replacing all horizontal interactions between people with vertical interactions between individuals and the state.

The sukkah, by contrast, is small and simple, featuring natural materials. Temporary, flexible, open to wind and rain, it has only one level with no hierarchy of upper or lower stories. The sukkah brings us into nature, make us feel the weather (which God, not humanity, controls), and demonstrates our smallness within the cosmos by mandating that we can see the stars through the roof. Most of all, the sukkah brings people together — families and guests, congregations and student groups — the sukkah is designed to create encounter and conversation. 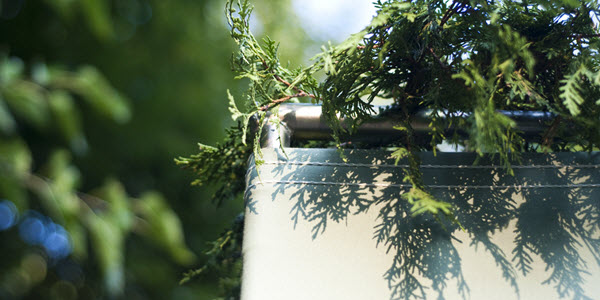 And that’s why there is no paradox between the sukkah’s fragile permeability and its strength; what you really build with a sukkah isn’t a physical shelter, but the shelter of community. Secure in a vibrant community, steeped in tradition and Torah, food and art, song and debate, the Jews don’t need high walls to keep new ideas out or a solid roof to deny the sky. When we are strong as a community, we don’t need the totalitarian’s fortress of concrete, because we don’t fear the world as they do. Precisely because of its openness and vulnerability, the sukkah is the architecture of trust and hope.

But during the rest of the year, have we internalized these lessons of the sukkah?

Today, within the Jewish community and beyond it, the dominant emotion isn’t trust and hope, but fear — fear of the other, fear of the one who thinks differently, fear of the truth, fear of science, and fear of the future. People increasingly live in neighborhoods with only people who look and think like them, and watch only news that tells them what they want to hear. Modern life resemble s Plaza Bernardo Houssay more than a sukkah; maybe our physical architecture is not like that of the generals, but our mental architecture is. When as a student I tried — unsuccessfully — to relax on the ugly concrete slabs of that plaza, I didn’t mind too much. I knew that I could always go to the Jewish community, and find a welcoming and joyful sukkah. Amid the fear and hopelessness of tyranny, the sukkah was kept as an island of hope and freedom.

Can Jewish students today say the same? If our sukkah next week is open and welcoming, in our communities we still exclude those who don’t think like us, and even demand litmus tests and proof of loyalty from those who do agree. If in the sukkah, we are humbled by seeing the stars, in our communities we exalt ourselves as arbiters of who’s in and who’s out. If the sukkah’s one level demonstrates equality, for the rest of the year, we too often think that we are more equal than others.

Holding a community together is a fraught exercise. The sukkah, like the fabric of our community, is fragile, so we need to treat it with love and care. But building a solid sukkah of brick and mortar is forbidden. We need to live with that vulnerability. We need to accept that we can’t create a rigid community that might assuage our fears, but would drown all the beauty of the holiday. In the sukkah, the joy of being together is more than a counterbalance for the fragility we experience.

Sukkot is the most joyful holiday in our calendar, so much so that the rabbis in the Talmud called it z’man simchateinu, the time of our joy, or simply He-chag, THE holiday. When we accept the permeability, the diversity, and the flexibility of our community; when we are welcoming to the stranger; when we transcend our fear and convert it into hope and confidence; and when we discover that our people is stronger than bricks and stones, and that words of kindness live on when mighty monuments turn to dust — that is when we can experience the highest joy that the sukkah can teach us.