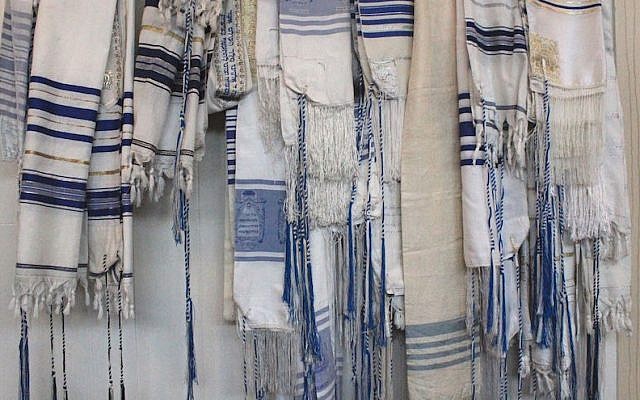 The Anan Ben David Synagogue in Ramle is the world center of Karaite Judaism, and the simple grace of the sanctuary speaks volumes about this fascinating sect. The Karaite branch of Judaism regards only the Tanach (“The Old Testament”) as divinely given, while the Oral Law (The Talmud) in their view is merely the work of wise men.

This departure from Rabbinic Judaism led to a schism that has lasted to this day (though who departed from whom is precisely the debate). While the rabbinic sages, over the centuries, have added layers of interpretation, explanation and extrapolation to the commandments, the Karaite reading has simply taken the Torah at face value. In some cases this has made the Karaite version of halacha (Jewish law) more difficult to observe, in some cases easier. For example, the Karaites would never “cook a kid in its mother’s milk,” since the Torah forbids it. A chicken, however, does not make any milk at all. It’s a bird, so according to the Karaite reading, one need not separate it from dairy products, let alone keep an entirely parallel set of plates and cutlery. On the other hand, all of the Shabbat “workarounds” that prove so convenient to Rabbinic Judaism are irrelevant to the Karaite community. There is no fire kept burning, no “Sabbath setting” for the stove, no Sabbath food-warming timers or Sabbath elevators, and certainly no “Shabbos goy.”

Hanukkah, which does not appear in the Tanach, is not celebrated at all. From their perspective, there are 613 commandments in the Bible, and none of them could possibly include lighting a Hanukkah menorah to celebrate an event that occurred after the Bible was written. Therefore, to recite the blessing “He has commanded us to light the Hanukkah candles” (When did He command this? In which biblical text?) would be taking the name of the Lord in vain.

The Karaites wear tzitzit, which are specifically described in the Torah, but do not wear tefillin, which are, in their view, a physical invention to interpret a metaphorical verse. They do not use Aramaic (a language unknown to Moses) in any of their prayers, but women sing and can lead prayers in the synagogue, just as Miriam sang at the Red Sea.

The synagogue has no chairs or furniture. It is completely carpeted, because the bowing and prostrating referred to in the Bible is still practiced during Karaite prayer. Shoes are removed before entering, just as Moses removed his sandals when facing his Creator at the burning bush. To the innocent visitor, the chamber looks like a mosque — a mosque with an ark for Torah scrolls facing Jerusalem, instead of a prayer niche facing Mecca. The Karaites point out that they predate the birth of Islam, so it would be more appropriate to say that a mosque resembles a Karaite synagogue.

Here lies the heart of the matter. According to most accounts, Karaite Judaism split from Rabbinic Judaism in the eighth century, but there seems to be an inherent logical flaw in that version of history. A straightforward reading of the written law without any extra interpretation is how, one imagines, the prophets would have observed the commandments. In a sense, it is those who added extra books (63 tractates of the Talmud, for example, completed in the sixth and seventh century) who were the “splinter group.”

But the splinter group won. There are 40,000 Karaites today and around 15 million rabbinic Jews. The victor writes the history.

The Karaites, who will gladly show you their synagogue and give you a tour of their center in Ramle for a symbolic fee, do not emphasize this point. They might not even be thinking it. But in my view, they offer us an opportunity to consider what Judaism might have looked like had different approaches prevailed. Historical “what-ifs” can be a silly exercise (If the Vikings had stayed in North America, would “Saturday Night Live” be in Norse?) but in this case, there may be a lesson to be learned.

We Jews are guilty of a certain pride regarding other religions. True, we are smaller than Islam, less hip than Buddhism and have produced less art than Christianity. Still, we say to ourselves, we have been around longer, and remained true to our roots. We stuck with the original plan. We kept the faith. The Karaites can make a similar claim with a bit more authority. They are much, much smaller, and have weathered many storms, but they kept the faith, one might say, with even greater consistency. If Moses were brought to our day in some time machine, he would likely recognize more of the Karaite practices than the rabbinic ones.

Through the centuries, Judaism has faced many philosophical junctions, some in crisis, and others in slowly evolving movements. Jewish history sometimes seems like a long series of debates, rifts and forks-in-the-road from the Northern and Southern Kingdoms of the Bible, to the Vilna Gaon and the Baal Shem Tov of the 18th century leading right up to today’s face-off between an entrenched Orthodoxy and its progressive opponents. This millennia-long series of arguments around the Sabbath dinner table of our people is what makes being Jewish so interesting. Centuries from now, someone may be visiting the last Reform congregation (or the last Hasidic shtiebel) and writing a similar article.

I admit that I find the Karaite approach compelling. I also recognize that there are valid counter-arguments. Resistance to change is not, after all, an unassailable virtue. But it is worthy of admiration. It might be a good idea to get to know the Karaite way, while it’s still around. 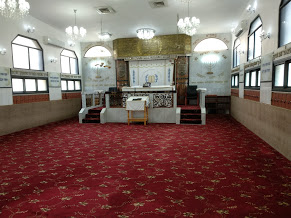 The Anan Ben David Synagogue (Bill Slott)
About the Author
Bill Slott is a licensed Israeli tour guide who has hiked and biked the length and breadth of the country. Bill is a member of Kibbutz Ketura, where he has lived since 1981 with his wife and three daughters.
Related Topics
Related Posts
Bill Slott
Comments