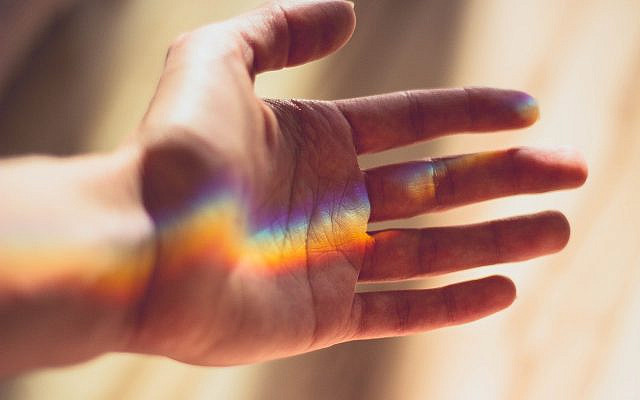 "The world operates on the deeply personal basis of vulnerability, attachment, care and concern, recognising us as individuals with unique needs and potentialities."

In 1966 an eleven-year-old black boy moved with his parents and family to a white neighbourhood in Washington. Sitting with his two brothers and two sisters on the front step of the house, he waited to see how they would be greeted. They were not. Passers-by turned to look at them but no one gave them a smile or even a glance of recognition. All the fearful stories he had heard about how whites treated blacks seemed to be coming true. Years later, writing about those first days in their new home, he says, “I knew we were not welcome here. I knew we would not be liked here. I knew we would have no friends here. I knew we should not have moved here…”

As he was thinking those thoughts, a white woman coming home from work passed by on the other side of the road. She turned to the children and with a broad smile said, “Welcome!” Disappearing into the house, she emerged minutes later with a tray laden with drinks and sandwiches which she brought over to the children, making them feel at home. That moment – the young man later wrote – changed his life. It gave him a sense of belonging where there was none before. It made him realise, at a time when race relations in the United States were still fraught, that a black family could feel at home in a white area and that there could be relationships that were colour-blind. Over the years, he learned to admire much about the woman across the street, but it was that first spontaneous act of greeting that became, for him, a definitive memory. It broke down a wall of separation and turned strangers into friends.

The young man, Stephen Carter, eventually became a law professor at Yale and wrote a book about what he learned that day. He called it Civility.[1] The name of the woman, he tells us, was Sara Kestenbaum, and she died all too young. He adds that it was no coincidence that she was a religious Jew. “In the Jewish tradition,” he notes, such civility is called chessed – “the doing of acts of kindness – which is in turn derived from the understanding that human beings are made in the image of God.” Civility, he adds, “itself may be seen as part of chessed: it does indeed require kindnesses toward our fellow citizens, including the ones who are strangers, and even when it is hard.” To this day, he adds, “I can close my eyes and feel on my tongue the smooth, slick sweetness of the cream cheese and jelly sandwiches that I gobbled on that summer afternoon when I discovered how a single act of genuine and unassuming civility can change a life forever.”[2]

I never knew Sara Kestenbaum, but years after I had read Carter’s book I gave a lecture to the Jewish community in the part of Washington where she had lived. I told them Carter’s story, which they had not heard before. But they nodded in recognition. “Yes,” one said, “that’s the kind of thing Sara would do.”

Something like this thought was surely in the mind of Abraham’s servant, unnamed in the text but traditionally identified as Eliezer, when he arrived at Nahor in Aram Naharaim, northwest Mesopotamia, to find a wife for his master’s son. Abraham had not told him to look for any specific traits of character. He had simply told him to find someone from his own extended family. Eliezer, however, formulated a test:

Lord, God of my master Abraham, make me successful today, and show kindness to my master Abraham. See, I am standing beside this spring, and the daughters of the townspeople are coming out to draw water.  May it be that when I say to a young woman, ‘Please let down your jar that I may have a drink,’ and she says, ‘Drink, and I’ll water your camels too’—let her be the one You have chosen for Your servant Isaac. By this I will know that You have shown kindness [chessed] to my master.” (Gen. 24:12-14)

His use of the word chessed here is no accident, for it is the very characteristic he is looking for in the future wife of the first Jewish child, Isaac, and he found it in Rebecca.

It is the theme, also, of the book of Ruth. It is Ruth’s kindness to Naomi, and Boaz’s to Ruth, that Tanach seeks to emphasise in sketching the background to David, their great-grandson, who would become Israel’s greatest King. Indeed the Sages said that the three characteristics most important to Jewish character are modesty, compassion, and kindness.[3] Chessed, what I have defined elsewhere as “love as deed,”[4] is central to the Jewish value system.

The Sages based it on the acts of God himself. Rav Simlai taught:

Chessed – providing shelter for the homeless, food for the hungry, assistance to the poor; visiting the sick, comforting mourners and providing a dignified burial for all – became constitutive of Jewish life. During the many centuries of exile and dispersion Jewish communities were built around these needs. There were chevrot, “friendly societies,” for each of them.

In seventeenth-century Rome, for example, there were seven societies dedicated to the provision of clothes, shoes, linen, beds and warm winter bed coverings for children, the poor, widows and prisoners. There were two societies providing trousseaus, dowries, and the loan of jewellery to poor brides. There was one for visiting the sick, another bringing help to families who had suffered bereavement, and others to perform the last rites for those who had died – purification before burial, and the burial service itself. Eleven fellowships existed for educational and religious aims, study and prayer, another raised alms for Jews living in the Holy Land, and others were involved in the various activities associated with the circumcision of newborn boys. Yet others provided the poor with the means to fulfil commands such as mezuzot for their doors, oil for the Chanukah lights, and candles for the Sabbath.[5]

Chessed, said the Sages, is in some respects higher even than tzedakah:

Chessed in its many forms became synonymous with Jewish life and one of the pillars on which it stood. Jews performed kindnesses to one another because it was “the way of God” and also because they or their families had had intimate experience of suffering and knew they had nowhere else to turn. It provided an access of grace in dark times. It softened the blow of the loss of the Temple and its rites:

Once, as R. Yohanan was walking out of Jerusalem, R. Joshua followed him. Seeing the Temple in ruins, R. Joshua cried, “Woe to us that this place is in ruins, the place where atonement was made for Israel’s iniquities.” R. Yohanan said to him: “My son, do not grieve, for we have another means of atonement which is no less effective. What is it? It is deeds of loving-kindness, about which Scripture says, ‘I desire loving-kindness and not sacrifice’” (Hosea 6:6).[6]

Through chessed, Jews humanised fate as, they believed, God’s chessed humanises the world. As God acts towards us with love, so we are called on to act lovingly to one another. The world does not operate solely on the basis of impersonal principles like power or justice, but also on the deeply personal basis of vulnerability, attachment, care and concern, recognising us as individuals with unique needs and potentialities.

It also added a word to the English language. In 1535 Myles Coverdale published the first-ever translation of the Hebrew Bible into English (the work had been begun by William Tyndale who paid for it with his life, burnt at the stake in 1536). It was when he came to the word chessed that he realised that there was no English word which captured its meaning. It was then that, to translate it, he coined the word “loving-kindness.”

The late Rabbi Abraham Joshua Heschel used to say, “When I was young I admired cleverness. Now that I am old I find I admire kindness more.” There is deep wisdom in those words. It is what led Eliezer to choose Rebecca to become Isaac’s wife and thus the first Jewish bride. Kindness brings redemption to the world and, as in the case of Stephen Carter, it can change lives. Wordsworth was right when he wrote that the,

“Best portion of a good man’s [and woman’s] life” is their “little, nameless, unremembered, acts

You can also join one of his WhatsApp groups by visiting www.RabbiSacks.org/WhatsApp.

Studies in Spirituality: A weekly reading of the Jewish Bible

Studies in Spirituality is the new volume collating a year of Rabbi Sacks’ Covenant & Conversation essays. Each chapter on the weekly Torah portion contains an uplifting idea on finding spirituality within every sedra, and within ourselves.

With a Foreword by Sivan Rahav Meir.

A decade in development, the new Koren “Tanakh: Magerman Edition” offers an eloquent, faithful, and masterful translation of the Torah, Prophets, and Writings with the renowned Koren Hebrew text. This volume includes – for the first time – Rabbi Sacks’ new, modern, readable and accurate translation of Torah that was completed shortly before he passed away.

In a recent review, The Jerusalem Report said: “The beauty, felicity and scholarship inherent in Sacks’ rendering of the Torah into elegant modern English are apparent on every one of its 498 pages, which form something like a quarter of the whole… [This] magnificent new edition of the Tanach – a work that sets a new standard of excellence.”

The Power of Ideas: Words of Faith and Wisdom

This new volume brings together a compelling selection of some of Rabbi Sacks’ finest broadcasts, writings, and speeches.

These weekly essays written by Rabbi Sacks zt”l were originally distributed as part of the 5775 Covenant & Conversation Ethics series. The Rabbi Sacks Legacy Trust will carry on distributing these essays each week, to allow people around the world to continue to learn from, and be inspired, by his Torah teachings.