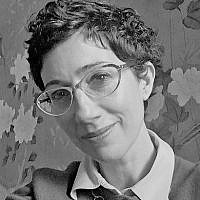 The Blogs
Noa Kushner
Apply for a Blog
Advertisement
Please note that the posts on The Blogs are contributed by third parties. The opinions, facts and any media content in them are presented solely by the authors, and neither The Times of Israel nor its partners assume any responsibility for them. Please contact us in case of abuse. In case of abuse,
Report this post. 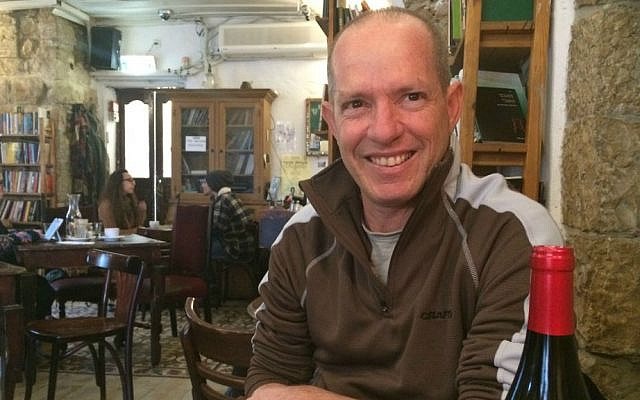 I think I once heard that God created people just so that God could hear more stories.

I am not sure if that is true or I made it up.

However, I know that David Ehrlich lived his life in such a way so as to collect stories.

In fact, he was a king of a kingdom of stories. Of course, I am speaking about the cafe, his cafe, “T’mol,” as he called it. Like any king, while his coronation was in his youth, he had to earn his crown again and again. His subjects, loyal as we often were, could also be unnecessarily needy, or oblivious of his ongoing service to us. We would complain, or get distracted, or find other places for coffee on a whim. His courtiers would engage in the power dramas and daily clashes that are so common behind the facade of every good castle. And, like every king, David had to use his ingenuity, his vision, his emotional intellect, and his strength to face whatever wars or droughts or new realities the world brought his way. And yet, in spite of all of this, he kept the kingdom safe and he remained the undeniable king for many years, his reign was over a quarter of a century.

First, there was an actual, beautiful, bohemian palace, the cafe. On any given day, as will and should surely be mentioned, unlike other parts of many cities where segregation is the unstated norm, in this place, you would encounter people from all over the world, people from all over the religious spectrum, Palestinans and Jews, people of different sexualities and genders, tourists with clunky water bottles and loud voices next to the cooler, more simply dressed locals. Many places are built for people to gather but something is invariably missing. T’mol, in contrast, was practically irresistible. It was a kind of home. Even if we weren’t particularly hungry, we always found ourselves stopping by just to see who was there. Just to see if maybe, like that one time, there would be a celebration of Alice in Wonderland and all the waitstaff would have hats made of playing cards on their heads. Just to see if maybe there was a new author who was trying out her voice in public for the first time, or if there was a group hearing from David our King a story about Jerusalem, about Yehudah Amichai, about what it means to care about stories, even now, especially now. We watched as he spoke in his quiet and unassuming way, to a group of three or fifty, asking questions, delighting in all that his new subjects would tell him about far away places.

What is maybe harder to explain is, along with the strong convening power of this palace, alongside its porous boundaries (while it was not exactly easy to find for the first time, once there, anyone could be comfortable), David the King also took great pains to introduce different kinds of stories, stories that went beyond what we might think of alone. Now many Kings, in fact most Kings these days, prefer to tell their own stories, the ones where they are the heroes, again and again until we the subjects can’t remember anything else. But David the King did the opposite, he ensured that we did not become impoverished by habitually thinking about the same things. Instead, he brought us unheard of stories, once taboo stories, and a constant stream of quiet, personal stories, subversive ones that we might have missed.

And because he himself was always excited for the presentations and conversations, we trusted him fully. He had personal enthusiasm for the next or latest speaker, the one who was coming tomorrow, tonight, next week — sometimes a ‘name’ but just as often not — because he was captivated by the stories, and proud of the energy and relationships around the event itself, an energy he constantly helped to gently move through the world.

You see, in David’s kingdom, stories were the only real currency. With stories, we could make anything happen. And at T’mol Shilshom, we were all rich with stories.

Last, David, our King of stories, of course, wrote stories himself. He understood immediately and unavoidably what it means to try to be alive, to try to make it in the world and to try, once and while, to put that great vulnerability into words. His stories were beautiful and poignant and funny and unpredictable because they were a reflection of the world as it is. We would read his stories and know he was right, again. He was right about everything.

In the end, like many of us, maybe even like God, I think David collected stories because he did not want to be alone. He was, by nature, honest about his imperfections and wholly uninterested, not to mention incapable, of trying to create a glossier presentation of himself. And so he made it his life’s work to find all kinds of other people willing to do the same. In our world, where everyone seems focused on demonstrating one’s personal worth with a relenting predictability, remarkably, David just told the disjointed, unpackaged truth. For me, it was a key that opened all the doors. I can still hear him encouraging me to write, to not be afraid. We would talk in hidden gardens that only he knew how to locate, in tiny cafes where the owners were invariably also his friends, on long walks all around the whole city. I can still feel him making room for me to find the words, the setting, the arc of it all.

I can’t bring David our King back, much as I wish I could, for there is and there will be no one like him. But I can try, as he asked so many of us to do, to overcome my fear and find some true words — so that those of us living still can find one another, and so that the teachings of his life and the ways of his beautiful kingdom can live on. For if we can no longer say, “Long live the King,” then let us at least try to say, “Long live the story.”

About the Author
Rabbi Noa Kushner founded The Kitchen in 2011, an independent religious community in San Francisco. After graduating from Brown University, Kushner was ordained by Hebrew Union College-Jewish Institute of Religion in 1998. She served as a Hillel rabbi at both Sarah Lawrence College and Stanford University before launching The Kitchen. Noa is married to Michael Lezak, Rabbi for Social Justice at GLIDE. Together, they have three daughters.
Related Topics
Related Posts
Noa Kushner
Comments