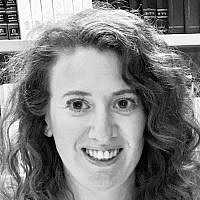 I’ve been following the story of the origins of the novel coronavirus since April 2020. I had heard the reports that this novel virus escaped from the Wuhan seafood market, but things weren’t adding up.

First of all, for a virus to jump from another animal to humans and at the same time be so well-suited to spread among humans is, statistically, exceedingly unlikely. And then there was the strange coincidence that the Wuhan Institute of Virology is one of the only labs in the world which researches bat-borne coronaviruses and, as its name suggests, is located in Wuhan, the same city where SARS-CoV2 first emerged.

This is just the tip of the iceberg of statistical evidence. There is also geographic, genetic and biological evidence which make the case even more compelling. While we will never have proof that this virus escaped from a lab, as time goes on, more and more evidence supporting the lab leak hypothesis emerges.

Recently the former director of the CDC (a virologist) shared his opinion on US national television that he believes a lab leak from the Wuhan Institute of Virology is the most likely explanation for the origins of SARS-CoV2. Later, this claim was defended by Sanjay Gupta.

Now, when the famous doctor and medical journalist Sanjay Gupta defends a hypothesis so shocking, the mainstream media pays attention. I take Dr. Gupta’s defense of this “widely debunked conspiracy theory” to mean that the mainstream narrative on the origins of SARS-CoV2 is finally reflecting what every scientist who’s been paying attention has known for months — that SARS-CoV2 likely accidentally escaped from the Wuhan Institute of Virology. We know that scientists at this lab were working on a field of study called gain-of-function research in which a technique called serial-passaging is done on a virus (in this case — a bat-borne coronavirus) to see how it will change in order to prevent the next pandemic. Unfortunately, this type of research appears to have inadvertently caused this pandemic.

So you can imagine how shocked and confused I was to see this article. At the very beginning of the article, it states as fact that the COVID-19 outbreak was spawned in the Chinese wet market (presumably the one in Wuhan). Yes, wet markets are dangerous because there are so many different kinds of animals right near each other, and thus the likelihood for pathogens to jump between species is much higher than it is in nature. But in this case, there is far greater evidence that the wet market is not the origin of the SARS-CoV2 pandemic.

As strange as it is to say, the emergence of COVID-19 in humans did not coincide with bat season in these infamous wet markets. In fact, the claims that all the early cases of COVID-19 were tied to the wet market were later found to be untrue, which explains why the Chinese government has even admitted that they no longer believe that SARS-CoV2 came from the wet market in Wuhan.

So why did the wet-market origin hypothesis become mainstream without sound evidence? Because we like to trust the experts.

In addition to my studies in epidemiology, I also do research in the field of medical decision making. One of the foundations of decision science (medical and otherwise) is the idea that we humans are cognitively lazy. If there is any way that we can get out of expending cognitive effort, we’ll probably take it. In the case of the origins of SARS-CoV2, it’s much easier for us to accept expert opinion than it is to consider a “widely debunked conspiracy theory”.

The irony is that expert opinion is lowest in the hierarchy of evidence. This means that it is extremely bad practice to make medical recommendations based solely on expert opinion. 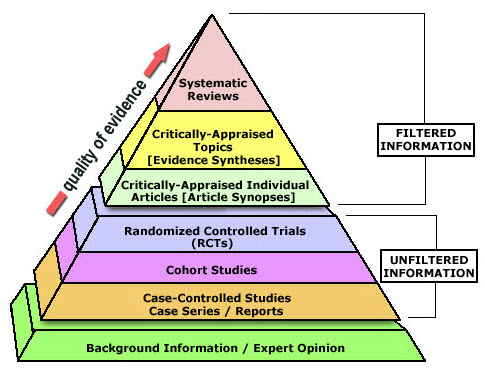 This is something that was drilled into our heads as epidemiology students. I would argue that drawing conclusions based solely on expert opinion is completely antithetical to science.

My interest in the widespread denial of the lab leak origin of SARS-CoV2 in spite of the evidence led me to read the articles published in Nature and the Lancet — two highly respected journals — in which alleged experts shared the evidence discrediting the lab leak hypothesis.

Here is my summary of the evidence:

In other words, the evidence is just expert opinion — an unacceptable form of evidence when other evidence is available. This kind of evidence is especially suspicious when it comes from experts who are mired in conflicts of interest, as is the case with the lab leak hypothesis.

So when we listen to experts, we should make sure both that these experts know what they are talking about and that they don’t have conflicts of interest that are likely to influence their opinion.

My background is in epidemiology, not evolutionary biology or virology, so I’m probably not the right person to ask if you want to know how SARS-CoV2 evolved. (Although, I’d be happy to refer you to evolutionary biologists and the virologist mentioned above who believe the lab leak hypothesis.)

However, my education in epidemiology has taught me to judge evidence and it looks to me like the evidence given to debunk the lab-leak hypothesis is of the lowest quality and is not sufficient to discredit this hypothesis.

My hope in writing this article is that more people can start to question the narrative they are being told in a scientific way. Yes, most conspiracy hypotheses are complete crap, based on false evidence and created by paranoid, albeit creative, minds. But conspiracies do happen. And when they do, we have to be able to recognize them — especially when that conspiracy dictates the widespread acceptance of a narrative that makes it difficult for the scientific community to coordinate its response to an ongoing pandemic. More importantly, if we come to a consensus on the origin of this pandemic, we can prevent pandemics that threaten to arise in the same way in the future.