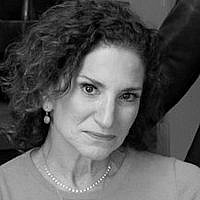 The Blogs
Meredith Berkman
Apply for a Blog
Please note that the posts on The Blogs are contributed by third parties. The opinions, facts and any media content in them are presented solely by the authors, and neither The Times of Israel nor its partners assume any responsibility for them. Please contact us in case of abuse. In case of abuse,
Report this post. 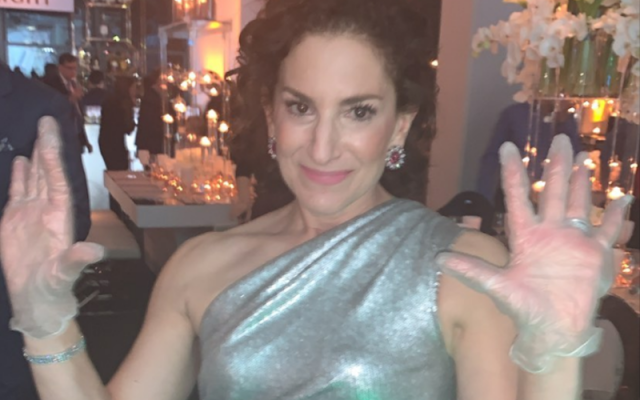 Exactly one week ago, as I finalized last-minute details for my daughter’s bat mitzvah in New York City, I came up with what I thought was the perfect — though perhaps politically incorrect — punchline about hosting such a celebration in the looming shadow of the emerging Coronavirus. Yael’s bat mitzvah, I joked to friends and family at Shabbat dinner, the first of several events my husband and I hosted last weekend, could be “the simcha equivalent of the last helicopter out of Saigon.”

Who knew how eerily prescient that wisecrack would seem just a few days later?

It may be hard to imagine now — with COVID-19 declared a global pandemic; numerous synagogues and Jewish schools shuttered; the National Guard patrolling a heavily Jewish neighborhood in New Rochelle; and New York City declared a state of emergency – but last week we did not seriously consider cancelling what feels like The Last Bat Mitzvah. At least for a while.

Obviously, my husband and I were concerned about the potential health risks of having so many people together in close proximity, especially by mid-week, as the number of New Rochelle cases – all linked to one man, a Modern-Orthodox Patient Zero – began to climb. With Purell suddenly sold out everywhere, my eldest daughter miraculously sourced a vendor (the son-in-law of a friend) who could provide miniature bottles of hand sanitizer – all imprinted with Yael’s initials – so that our guests could frequently disinfect throughout the Saturday night party. (The delivery arrived – also miraculously – just moments before Shabbat began.) We ordered dozens of plastic gloves we hoped people would wear during the hora. On Friday afternoon, we sent out an email politely suggesting that everyone in attendance practice “self-distancing,” forgoing hugs and handshakes.

None of these extraordinary precautions detracted from our joy as we watched the youngest of our four children be called to the Torah for the first time. In a strong, clear voice, Yael confidently chanted seven aliyot from Parsha Tetzaveh and the eighth from Zachor, from a second scroll, since it was the Shabbat before Purim. Yael was radiant: proud of her accomplishment, and completely comfortable on the bimah, giggling a few times as she looked up towards the sanctuary’s balcony to acknowledge “the hevra.” We’re a close circle of friends who have sat together up there for years, our lives revolving around Shabbat, Jewish holidays, and each others’ families.

Later that night at the party, after a particularly spirited (and, yes, glove-wearing) hora, I began my speech with the obligatory thank-you to those who had joined us from out-of-town including “…from China, Iran, Italy, and South Korea…” (it seemed funny at the time). But then I got serious, acknowledging how scary it is to watch the virus seem to spread so quickly among Jews, especially in New York, and particularly during a period of renewed anti-Semitism.

“The reason behind it is that we Jews live in community with each other,” I continued, speaking directly to Yael, the newly-anointed Jewish adult, who suddenly had tears in her eyes. “That may make us more vulnerable at this moment, but always remember that it is the source of our strength.”

Do I worry that someone who attended Yael’s bat mitzvah will test positive for COVID-19, thus potentially having exposed all of us to the virus? Of course I do. (Unfortunately, at this point I expect it. A week ago I did not.) But even if that happens (and I pray it won’t) I will continue to feel blessed that we’re raising our family in the spiritual equivalent of close quarters, rather than in lonely isolation.

About the Author
Meredith Berkman is a New York City mother of four who was neurotic about handwashing long before the COVID-19 pandemic.
Related Topics
Related Posts
Comments