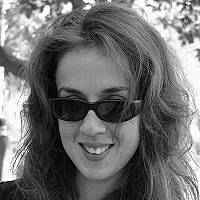 Israelis are often looked at as a blood-thirsty, war-mongering people. In fact the opposite is true. We hurt ourselves, our people and the sovereignty of our country for the glimmer of a hope for peace.

Israelis are dying for peace. Literally.

The song in the video below is from 1975. It is a promise from a father to a beloved child, as he leaves her to go to war, that this will be the last time. He promises her, in the name of all the soldiers who leave their children, walk out the door to battle, possibly to never return, that there will be no more wars. He has to go this time but she can take courage because it will be the last time.

Over the years Israeli parents kept promising their children there will be no more wars. It used to be common to promise children: “When you grow up, you won’t have to go to the army. By then there will be peace…”

The children who heard these promises have grown up and have children of their own. They went to the army, lived through terror attacks and wars. They don’t promise their children peace.

Israel released 1,027 terrorists as ransom for the safe return of Gilad Shalit. All of these terrorists, murderers of women and children, were greeted with celebrations and accolades from the Palestinian leaders. Many of these returned to terrorist activities immediately. One murdered Baruch Mizrachi. Gil-Ad, Naftali and Eyal were kidnapped and murdered by terrorists who wanted to ransom them for Palestinian terrorists detained in Israeli prisons.

The current Operation Protective Edge in Gaza comes after Operation Cast Led in 2008 and Operation Pillar of Defense in 2012. Each time, enormous international pressure was put on Israel in order to “show restraint” and begin negotiating for “peace”. In return Israel has received ever increasing missile barrages on her civilians and a myriad of terror attacks.

Israel has offered peace time and again. The answer has always been utter refusal. When we are offered peace for peace then and only then, it will really be the last time.