Next Sunday, 29 March 2020, there is scheduled to take place the consecration of the tombstone dedicated to the memory of the late Reverend Alan Greenbat, who died just under a year ago in his 91st year. As far as I’m aware no obituary has to date appeared of this central figure in British Jewry in the closing decades of the past century. I hope that what follows will go some way to repairing this omission.

The death in August 1996 of Hugo Gryn presented United Synagogue chief rabbi Jonathan Sacks with a dilemma. Gryn was not only an Auschwitz survivor and media personality. He was also a Reform rabbi. If Sacks declined to attend Gryn’s funeral, he risked public opprobrium. But if he attended he would most assuredly have been excoriated by a miscellany of resurgent right-wing orthodox interests. Sacks did neither. He contrived to be unavailable (“out of town” was the phrase used) and instead sent to the interment the former Executive Director of his office, the Reverend Alan Greenbat.

Not for the first time and not for the last Greenbat was thus called upon to deal expeditiously with a communal embarrassment. He did so with his usual calm professionalism – an apparently unflappable exterior that concealed a most knowledgeable and calculating mind and a great deal of that rarest of commodities: common sense.

Greenbat had in fact become Anglo-Jewry’s leading ‘fixer.’ But this role was well-hidden from public view, concealed not least by his undertaking a variety of other, high-profile communal positions and succeeding in all of them, and by his penchant for exercising the driest of dry humours.

Greenbat was born in Lambeth on 2 April 1929, one of the two sons of Dublin-born Max Greenbat and his wife Annie (née Adolph).  The Greenbats, who ran a local chemist store, were leading members of the minute Lambeth orthodox Jewish community, then affiliated to the Federation of Synagogues. In 1935 Annie died. Alan ’s father sent him to the Jewish Aryeh House school in Brighton (run by a fellow ex-Dubliner by the name of Siegfried George Eliassoff), and it was at this establishment, evacuated to Cardiganshire during the second world war, that Alan celebrated his barmitzvah. His education was completed post-war at Jews’ College, London, where he studied for a ministerial diploma.

Greenbat was by his own admission not suited to a sedate rabbinical career. But his middle-of-the-road orthodoxy, easy charm, very considerable organisational abilities and utter integrity marked him out as a communal leader of a different kind. Following National Service in the Royal Army Educational Corps (in which he served, both in the UK and Gibraltar, from 1948 to 1956) he became and remained for over twenty years Warden (i.e. director) of the Victoria Boys’ & Girls’ Club, Stamford Hill, and was one of the founders of the Kosher Meals-on-Wheels service. A Vice-Principal of the Jewish Orphanage at Norwood (1955-61), he also served (1989-96) as a Vice-President of the Association for Jewish Youth, of which he had been Director since 1980.

Whilst serving as a magistrate (1964-99), and specialising in working with young offenders, he was appointed to the Inner Cities Religious Council, a governmental multi-faith advisory body. A part-time minister of the Hackney United Synagogue, he also assisted in the running of the Office for Small Communities (funded by the Jewish Memorial Council) and served as secretary of the Rabbinical Commission for the Licensing of Shochetim. It was in and through these important positions that he presented himself as the obvious choice to become Director of the Office of the Chief Rabbi (1990-91), in which he served as Honorary Consultant from 1995 until as recently as 2012: Jonathan Sacks was Chief Rabbi, but Alan Greenbat was (as he liked to joke) ‘chief trouble-shooter.”

Greenbat held numerous honorary roles beyond as well as within Anglo-Jewry, amongst which may be mentioned his vice-chairmanship of the National Council of Voluntary Youth Service and his chairmanship of the Holocaust Survivors’ Centre Advisory Committee. In 1985 he established the Duveen Trust (named in memory of his uncle and aunt, Sir Geoffrey and Lady Elise Duveen) to support young people in developing their talents. In 2000 he received an OBE “for services to inter-faith dialogue and to young people.”

Unmarried, Greenbat died in London on 18 April 2019 and was buried in the United Synagogue’s Willesden Cemetery. 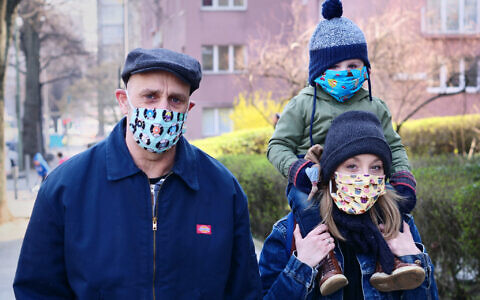 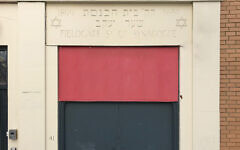 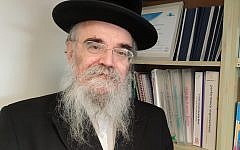 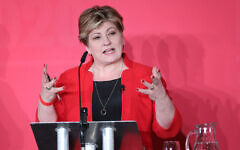 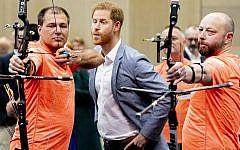