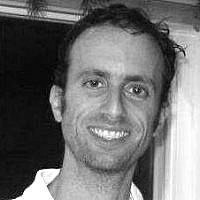 The Blogs
Zev Stub
Serving up fresh and hot Kosher-style videos at Bagels.TV
Apply for a Blog
Advertisement
Please note that the posts on The Blogs are contributed by third parties. The opinions, facts and any media content in them are presented solely by the authors, and neither The Times of Israel nor its partners assume any responsibility for them. Please contact us in case of abuse. In case of abuse,
Report this post.

What’s happening in Jewish and Israeli music and culture? That’s the question I wanted to answer when I launched Bagels.TV to serve as a portal for Jewish (kosher-style) videos nearly four years ago. Since then, I’ve grappled with different aspects of my vision for the website, but I always dreamed of doing a regular roundup of the most important trends in music and media. Now, as the website continues to gain traction in the Jewish world, I’m taking that step. Here’s the first installment of what I hope will become a regular feature: A half-dozen videos you probably haven’t seen, but you definitely should.

Mandate: The origin of the struggle (Hebrew, only available in Israel).

This excellent new three-part documentary looks at the British Mandate period in Israeli history (1918-1948), drawing some new and surprising conclusions about the roots of the Israeli-Arab conflict. Watch the full series here.

Chezky Torenheim is an inspiration. Born with a very rare condition and bound to a wheelchair his entire life, he is nonetheless filled with optimism and gratitude for life. He learns Torah at the Viznitz Yeshiva, and is considered a very talented and gifted student. His recent bar mitzvah celebration in his hometown of Modiin Illit was a massive celebration for the entire community. The event was in Hebrew, but the scenes there transcend language.

New perspectives on the Parsha

This week’s Torah portion is Vayeira, the dramatic tale of Abraham’s later years, concluding with the famous Binding of Isaac. There are many classic commentaries on the portion, but it can be  fun and infuriating to hear new takes on it. of Miriam Anzovin, who rose to fame earlier this year for her raunchy Daf Yomi TikTok videos, recently began offering her commentary on the weekly portion, and it is as spicy as you would expect from her. For more traditional commentaries on the parsha from around the globe this week, click here.

There was a lot of great new music this week, with new releases from Eden Ben Zaken, Benaia Barabi, Yonatan Razel, and others. But I wanted to focus on a few others.

The Hallel Women’s Choir put out this beautiful version of the Keren Peles song Baat Li Pitom (You suddenly came to me). The choir, comprised of women living in the Shomron region, has been on the cutting edge of the quiet revolution taking place in the religious community. Despite Halachic prohibitions against women singing publicly, Hallel is inspiring more women to raise their voices — and with tacit rabbinic approval. Hear more of their works.

If you haven’t heard Nissim Black‘s story, you need to. After starting his gangster rap career on the streets of Seattle, Black converted to Judaism, and now lives in an ultra-Orthodox community in Jerusalem. Since then, his music career has flourished, and he continues to produce innovative and inspiring rap music infused with his personal journey. His latest single, Away from here, dropped this week. Hear more.

This song is wild. It’s a collaboration between musician Shlomi Shaban, rapper Ravid Plotnick, and singer/actor Shuli Rand combining Hassidic melodies and modern Israeli influences to explore the biblical story of the 12 spies. The spies come forward and vent their frustration on the futility of their mission — is this a modern midrash, a political commentary, or something else completely? Either way, it’s a captivating piece of work.

That’s all for this week. What did you think? What directions would you like me to go in the future? Let me know in the comments below.

About the Author
Zev's latest pet project is bagels.TV, sharing the beauty of Jewish and Israeli culture. He also does other things.
Related Topics
Related Posts
Zev Stub