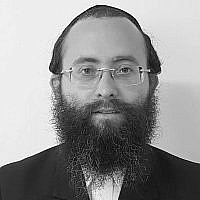 In March 2015, elections were held for the 20th government of the State of Israel. At the time, Moshe Kahlon founded a new political party called Kulanu. His platform for the election stressed his plan to bring down real estate prices in Israel, due to the fact that prices were skyrocketing year by year. The most dramatic rise in prices took place between 2008-2013. In Jerusalem, for example, prices went up between these years by 48%; in Ramat Gan, by 65%; and in Be’er Sheva – by a huge 109%. Prices were inflating like a balloon. The Finance Minister who served before Kahlon, Yair Lapid, attempted to take care of this problem as well, but didn’t actually manage to do much.

Therefore, Kahlon was determined to bring real estate prices down. When he was elected into office and became the Finance Minister, he made sure to obtain control of all ministries and offices related to real estate – Finance, the Housing Ministry, the Israel Land Authority, ensuring that his party held those positions. He began by waging war with the investors in this market, raising the purchase tax on buyers of a second apartment, as well as demanding that they provide 50% of the equity. Moreover, the treasury wanted to implement a costly tax on owners of three apartments or more. This law was faced with great opposition and The High Court of Justice eventually decided to annul this tax.  His plan in doing this was to push away investors, instead giving the average buyers looking to buy their first home a chance to enter the market.

However, the unavoidable truth is that market conditions are based on supply and demand. Instead of inflating the supply and adding large numbers of apartments, forcing prices to go down so that regular people are able to buy, he tried to fight solely against the demand. The reason this failed is because the weight that the investors hold in the Israeli real estate market isn’t very significant.  The statistics, mentioned later on in this article, show that he didn’t manage to accomplish much with this strategy. Kahlon attempted to wage a psychological war with the public, announcing that the prices would soon be declining. But, the Israel Land Authority wasn’t actually selling land to the developers because this wasn’t part of their overall plan. The government’s official plan at the time was Mechir La’mishtaken, and all the land was going toward areas included in that plan. Private developers didn’t have land to build new apartments, which resulted in a drop in the number of new apartments being built in the market, as the statistics show. Consequentially, Kahlon also damaged the income of the Finance department, because instead of receiving taxes from the people and using that money to help average people buy homes, he kept working in the opposite direction.

The fact is that the real estate market in Israel is a market of solid buyers, the majority of whom live in the apartments they purchase. Only around 2% of homeowners in Jerusalem own three apartments or more. This is not a market of speculating investors. It’s a market of people who own their apartments; less than 10% of these homeowners own 2 apartments.

In the recent report published in august 2018 by Israel’s Central Bureau of Statistics, the bureau released that the number of apartments on the market went up between May and June 2018 by close to a percent. This shows that even though there were a few months when real estate was stable, and in some places even slightly decreased, the report shows that the real estate market is starting to climb again. The reason is because the demand for apartments is still much stronger than the psychological war that the government is trying to wage against buyers. There are still so many potential homeowners interested in buying.

Shia Getter is the CEO of The Getter Group, a full-range real estate services firm in Yerushalayim catering to the Anglo-chareidi community. He is a noted expert, columnist and author of “Everything You Need to Know about Buying Real Estate in Israel” (Feldheim 2014).

For more information and to schedule an appointment with Mr. Getter, call Sarah at 077-234-6011 ext. 208 or email mail@thegettergroup.com.

This article is intended to provide general information about the sub­ject matter covered. It is not meant to provide legal opinions, offer advice, or serve as a substitute for advice by li­censed, legal professionals.

The author does not guarantee that the information contained herein is complete or accurate and does not assume any liability for any loss or damage caused by errors, inaccuracies or omissions contained in this article.

About the Author
Shia Getter is known in Israeli real estate circles for “the man with common sense.” Having moved to Israel 12 years ago, Shia understands what rough experiences many people not used to the local ways of doing business can get entangled with. His company, the Getter Group, is Jerusalem’s #1 sales and brokerage services company, and trusted source of information, ensuring clients get the right investment, covering their bases and checking that they are getting full value and security for their hard earned money.
Related Topics
Related Posts
Comments